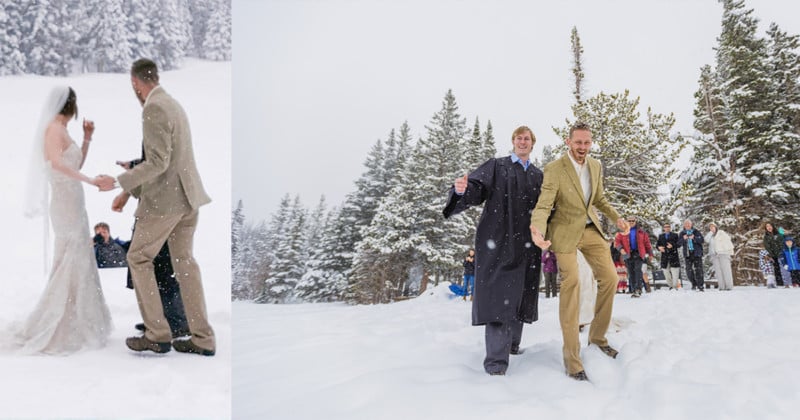 This is some serious dedication. When wedding and adventure sports photographer Nathan Welton fell through the ice and into a frozen lake while shooting a wedding ceremony in Colorado, he didn’t stop or let his assistants take over. Nope… he just kept on shooting.

The fateful fall happened while Nathan was shooting a wedding ceremony for Tara and Brad on the shores of Bear Lake in Rocky Mountain National Park.

“Tara and Brad had tamped out a little ceremony ‘platform’ in the powder on the shores of Bear Lake, but it was impossible to tell where the ground stopped and the lake began because there was a thick layer of fresh powder,” Nathan told PetaPixel over email. “I’ve been to this place many times and from prior experience I thought the lake edge was further away than it actually was. So, I walked to the side of the ceremony to try to shoot Brad’s reactions and in an instant was submerged to my belly button.” 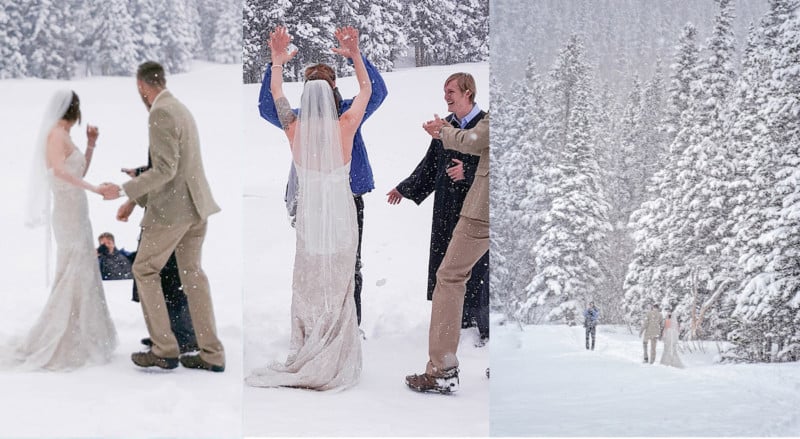 The first shot in the sequence above is Nathan in the water. The last one is him still shooting, drenched. It was taken post-ceremony during couples portraits.

Not only did Nathan take a couple of pictures while he was in the water, he kept going once he was out. “I shot the rest of the 20 minute ceremony, another 20 minutes or so of group shots, another 30-40 minutes of couples shots, and then we continued to shoot in other (snowy) locations throughout Rocky Mountain National Park.” 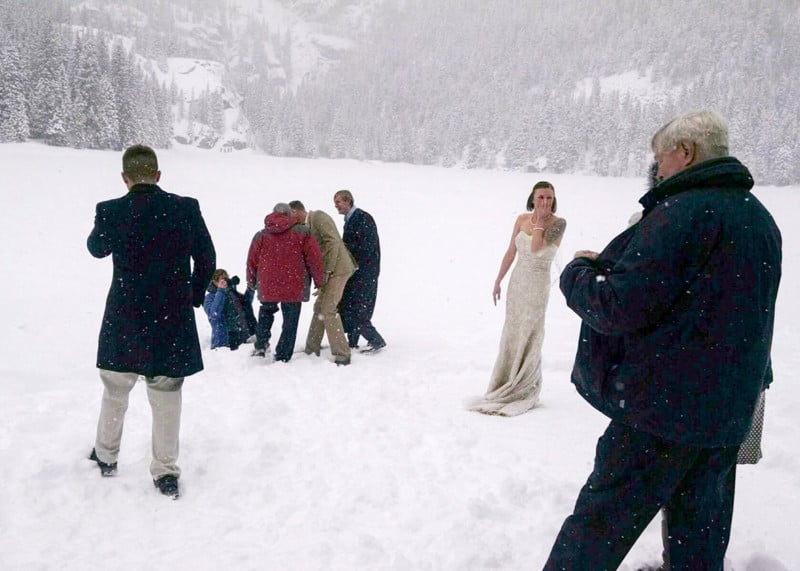 Nathan credits his fortitude to his experience as an adventure sports photographer. “I also shoot adventure sports on the side, usually during the slow season between destination wedding jobs,” he tells us. “Doing so helps my wedding photography business tremendously—it sets me apart, makes me more unique, and draws a certain clientele.”

It also helps you when you’ve just fallen into a frozen lake and are determined to keep on going.

“I have the adventure photographer on my shoulder whispering ideas into my ear,” he explained. “So when something extraordinary happens, like when I fall through the ice into a frozen lake, the little guy on my shoulder whispers to me to keep shooting because being cold and wet really isn’t that bad at all.” 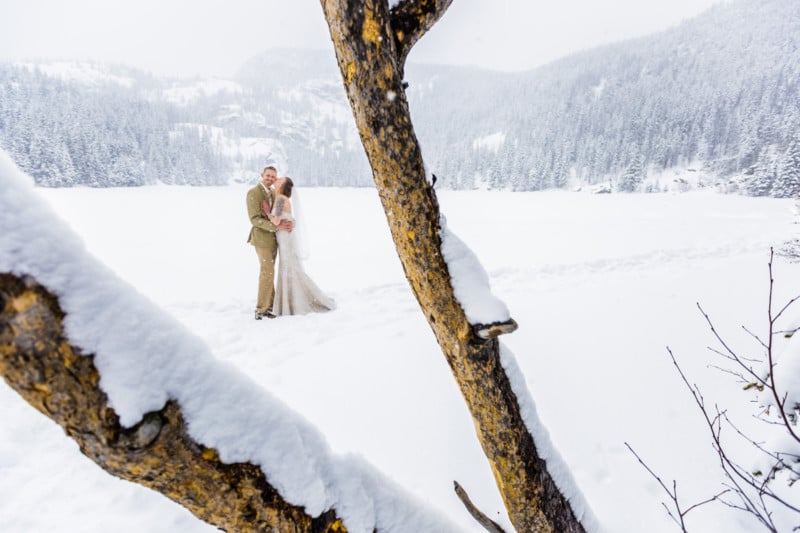 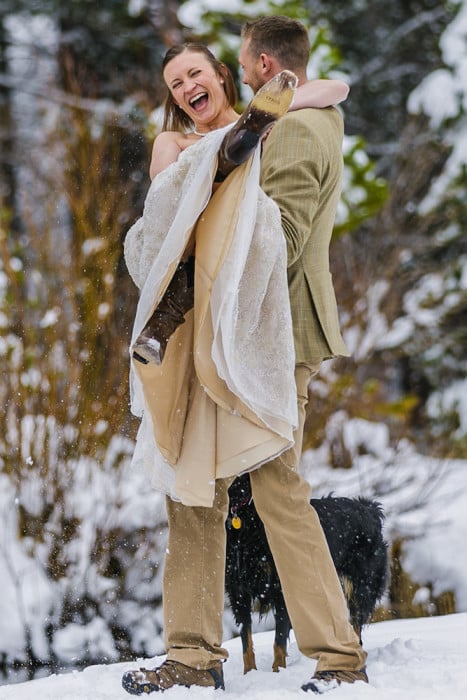 Nathan’s experience with fast-action photography may have also helped save his gear.

“Falling in was pretty quick, but instinctually I knew what was happening and raised my cameras above my head as fast as I could,” he tells PetaPixel. “I had a pair of Canon 5d Mark III’s on me, one with a 16-35 f/2.8L Mark II and one with a 70-200 f/2.8 IS Mark II. Neither got wet though there was a plug of snow and ice filling up the sun shade of the 70-200. Amazingly the UV filter was completely dry. I just pulled it out and kept shooting.”

He describes falling in as “not as miserable as it could have been, [but] not that fun either.” The temperature outside was hovering around freezing and, mercifully, there wasn’t any wind. “Midwinter it’d be 10 below zero with 40 mph winds,” he told us. “I would have probably been hypothermic in a few minutes.” As it was, his thermals, down jacket, and snow boots allowed him to keep on firing off shots until the whole shebang was over.

Plus, he made some friends! “Tara and Brad have already promised to return and go swimming in Bear Lake with me, hopefully when it’s not freezing,” reveals Nathan. “Talk about receiving moral support from clients!” Image credits: All photos by Nathan Welton/Dreamtime Images and used with permission.

How to Conquer the Most Difficult Hair Selections in Photoshop