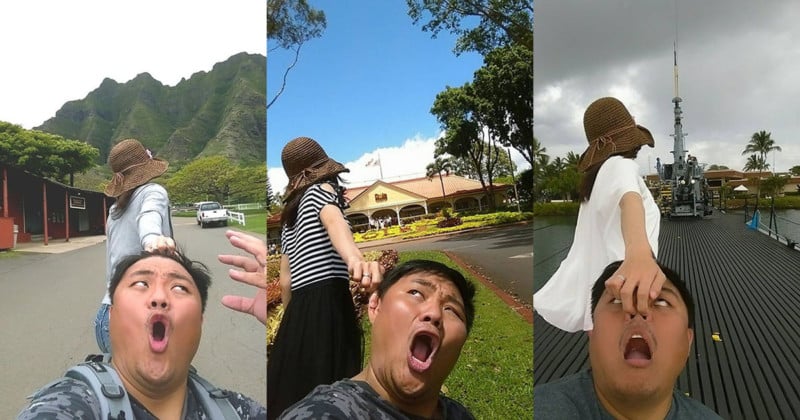 Photographer Murad Osmann’s wildly popular “Follow Me” project features photos of his girlfriend leading him by the hand to exotic locations around the world. Now some folks over in Taiwan are parodying the style with a strange new meme called “Hold My Head.”

In case you missed it the first time around, here’s the photo style popularized by Osmann’s project:

Earlier this month, users of the Taiwanese forum Dcard began sharing photos of themselves dragging their significant other around by the head: 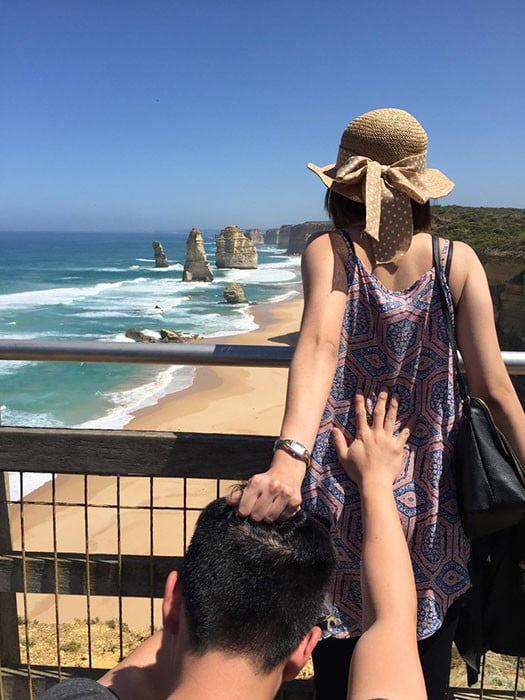 Designer Forrest Lu of Taichung, Taiwan, snapped a series of photos showing his wife Agnes Chien leading him around the world by the hair, ear… and nostrils. 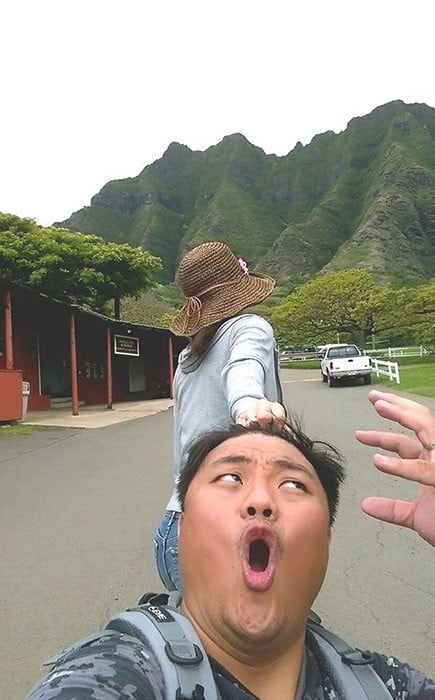 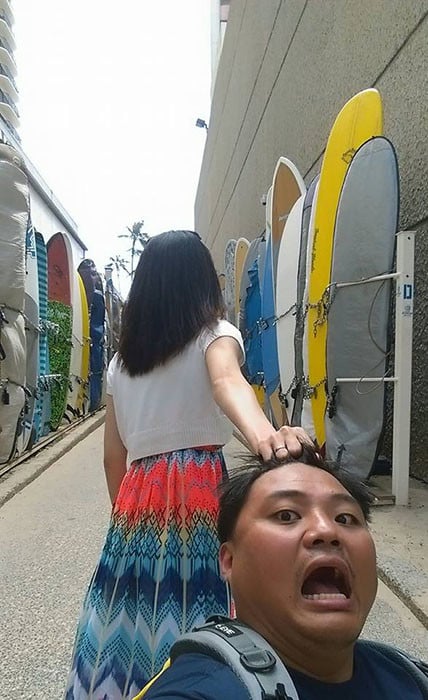 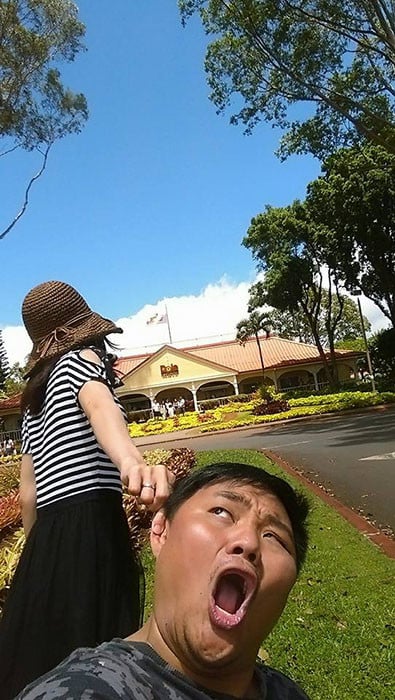 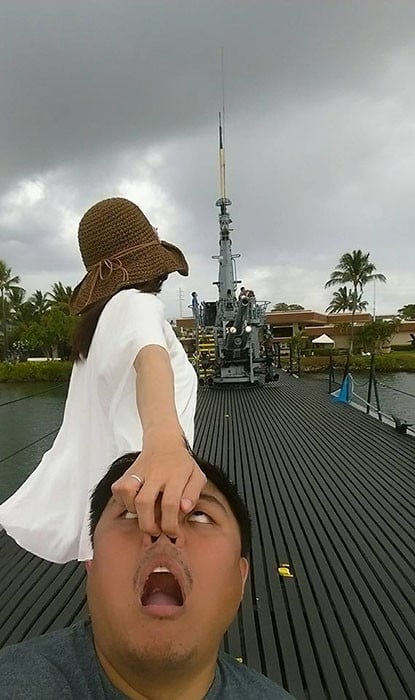 Osmann’s original “Follow Me” project was so popular that he was able to secure sponsorships and publish his photos as a photo book. Lu’s parody project may go viral, but we’re guessing it won’t reach those same heights.

Two New ‘Rules’ of Composition that Can Improve Your Images

This Auto-Extending Selfie Stick Has Fans and Beauty Lights