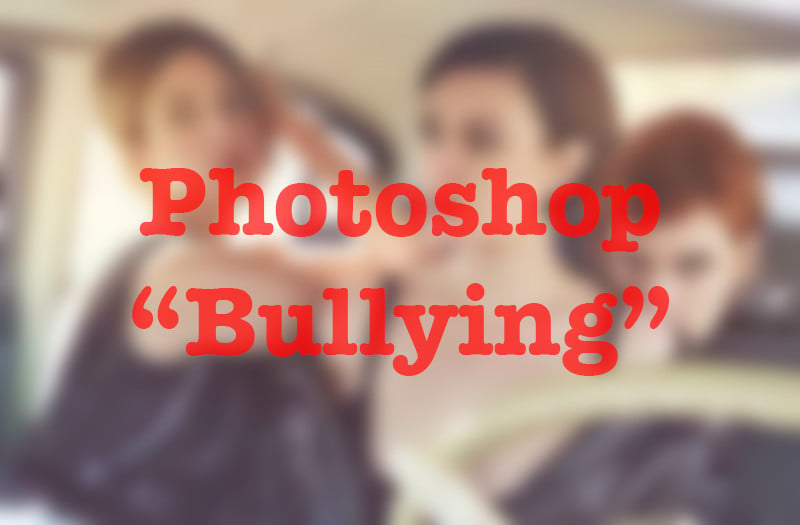 Vanity Fair photographers Mark Williams and Sara Hirakawa of Williams + Hirakawa were accused, very publicly, of Photoshop ‘bullying’ by Hollywood star Rumer Willis yesterday. But the photographers’ official response from earlier today seems to indicate this story has been blown out of proportion.

It’s not unusual these days for the young women of Hollywood to stand up for their real looks when they feel they’ve been Photoshopped by a major brand. The recent incident with Lena Dunahm—and her subsequent apology—springs immediately to mind.

Yesterday, Rumer Willis made her own accusation, attacking Vanity Fair and photographers Mark Williams and Sara Hirakawa in the Instagram post below, which has since been “liked” over 10K times and received a flurry of support from fans:

Any friends of fans of mine who posted this I would appreciate if you took it down. The photographer Photoshopped my face to make my jaw smaller and I find it really offensive for anyone to try and change the way you look so drastically. I love the way I look and I won't support anyone who would feel a need to change the way I look to make me beautiful. Whether or not they realize it, it is a form of bullying, which I won't stand for.

“The photographer Photoshopped my face to make my jaw smaller and I find it really offensive […] I won’t support anyone who would feel a need to change the way I look to make me beautiful,” writes Willis. “Whether or not they realize it, it is a form of bullying.”

But according to the photographers’ themselves, none of the subjects’ faces were altered.

Williams and Hirakawa reponded to the controversy in an official statement to New York Magazine. In it, they claim the only retouching done was applied to address distortion caused by using a wide-angle lens.

“The retouching that was done to the photograph was only done to resolve some distortion with using a wide angle lens for a group shot,” they claim, “and not to alter or modify anyone’s face.”

It seems the angle of the shot, lens used, and possibly lens correction done in post made Ms. Willis’ face looks narrower than it is, but it was not the intention of the shot or processing. The photographers maintain that, “our intention was to capture the special bond between Rumer and her sisters.”

What’s more, the image in question was actually an outtake. According to Williams and Hirakawa, it was never sent to Vanity Fair or VF.com. The actual photo used by Vanity Fair can be seen in the screenshot above.

It’s unclear how Rumer received the image or who was sharing it, but so far she hasn’t responded to the statement above.

As for Williams and Hirakawa, their statement stops just shy of a full blown apology:

It saddens us that Rumer feels the way she does about the image and hope she understands that there was never any intention with it to alter her appearance.