After observing that “this British invasion of Hollywood has gotten so out of hand,” Bell (who was born in London) came up with the idea of doing an all-British edition of Vanity Fair‘s annual Hollywood portfolio, which will arrive on March 2015. Cumberbatch is one of the stars featured in the series.

His photo shoot took place at Wimbledon Common, a large open space in south-west London. Bell had Cumberbatch pose for a number of different scenes, from dog handling to standing in formal attire in a lake.

Here are three of the final photos that resulted from the shoot (the first is the one that will appear in Vanity Fair): 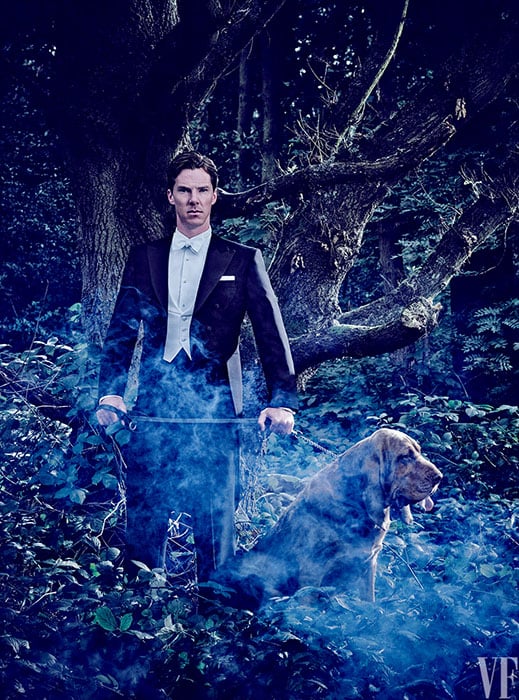 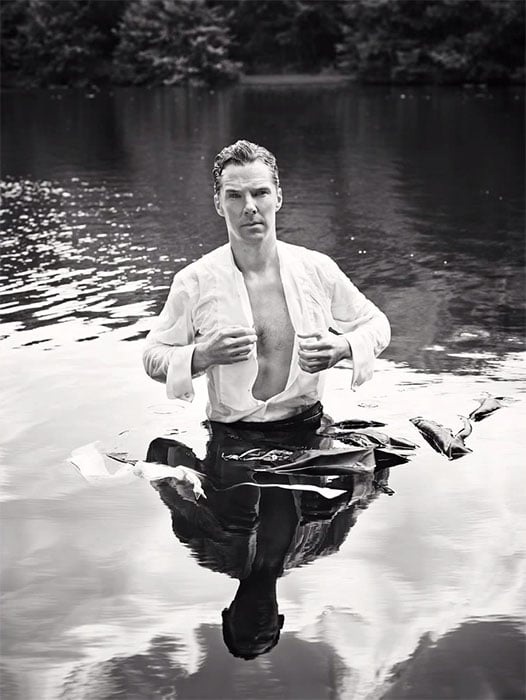 You can see a preview of the Hollywood portfolio Bell shot for Vanity Fair here.

Image credits: Video by Phase One, and photographs by Jason Bell/Vanity Fair