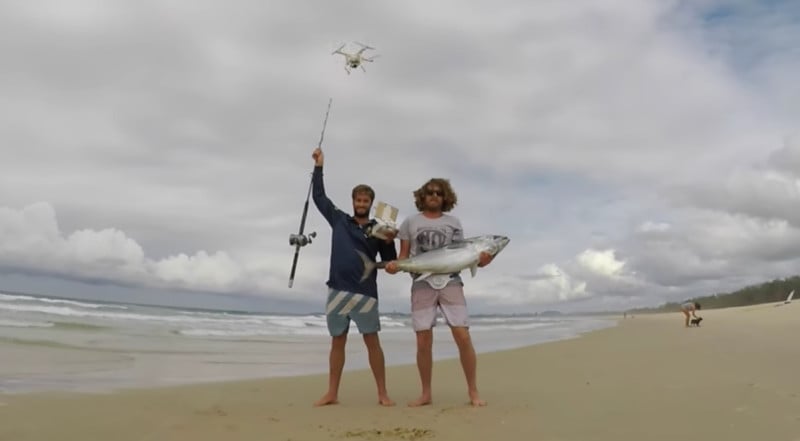 Drone Fishing. It’s exactly as ridiculous-but-kind-of-fascinating-but-really!? as it sounds. Jaiden Maclean and his friends at Sea Ulcer Aerial Media went fishing for longtail tuna with a Phantom Drone, and captured the entire battle on camera.

What starts off as a standard “beautiful views from above” style video quickly turns into a fight for survival for one fish once it takes the drone-delivered bait. From that point on, it looks like the line attached to the Phantom disconnects so (spoiler alert) the tuna doesn’t pull the drone into the sea.

Once the fish is hooked, the drone simply captures the struggle of man vs nature from above. Check out the video for yourself below:

Personally, some may be turned off by watching an animal struggle to survive. But the perspective of the video is at least novel if not entirely unique.

So if you’re tired of the same old aerial shots by the same old drones of the same old subjects with the same old slow, swelling inspirational music playing in the background, this video might just scratch an itch. But if watching a longtail tuna fight for its life makes you queasy, you should probably just skip this one.

You Have Access to All the Means of Production, Don’t Be Afraid