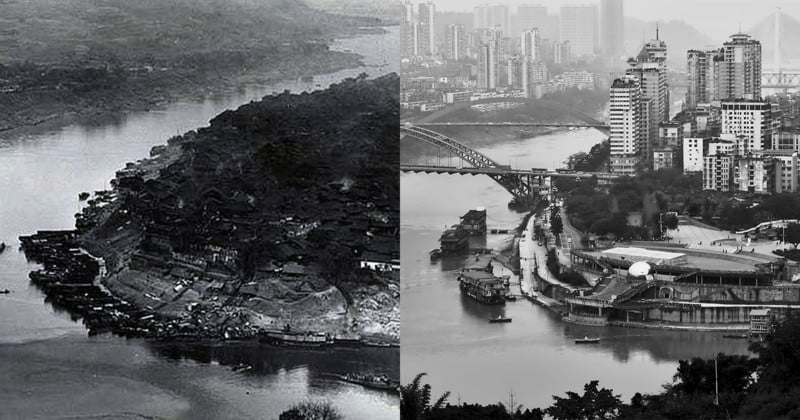 When most people travel, they think of travelling to a destination. Whether it’s climbing Mt. Fuji, gawking at the frescoes in the Vatican, or relishing spicy cuisine in Thailand, most people think of the destination for what it has to offer, from culture to scenery to sensational experiences.

As a photography and creativity enthusiast, I like to do what others don’t do so that I have something new to share with the world when I come back, instead of taking the same set of pictures everyone else does.

I recently decided to travel not through space, but in time. I searched for numerous photographs from the past 100 years in China, went to several of those cities and re-took exactly the same shots, from the same perspective and same focal length, to the greatest extent possible, creating create pairs of photos, perhaps resembling a “spot the difference” game. It wasn’t always easy to get that perfect angle match; in some places the vantage point ended up being in a private location, and in some cases there was a large obstruction or building preventing me from getting the same view. But nonetheless, I managed to capture several shocking contrasts over the past century of Chinese history. 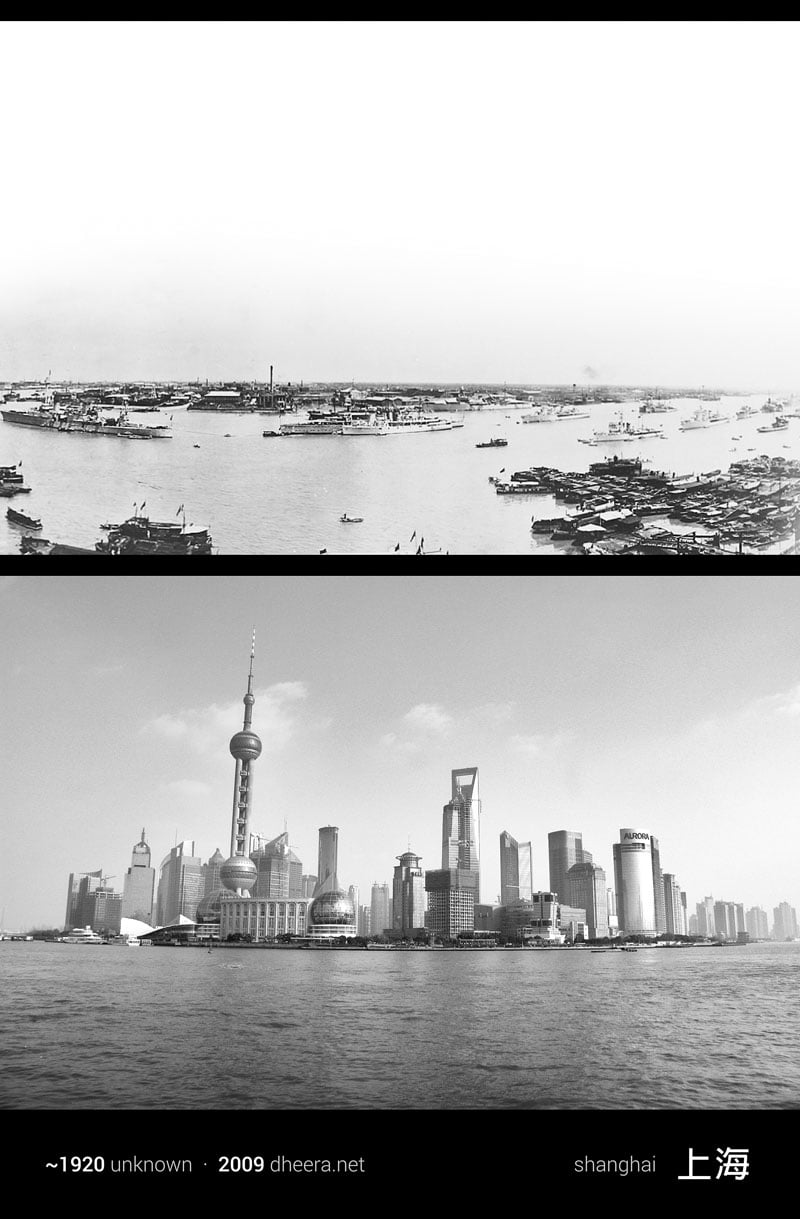 It’s interesting to see what humans are able to change and what humans are utterly incapable of changing. On one hand, a city may rise out of nowhere in just a matter of a decade or two, showing sheer scale of China’s economic rise and rapid urbanization. At the same time, the profile of the mountains and rivers never budge, a constant reminder that we are still powerless compared to Mother Nature. 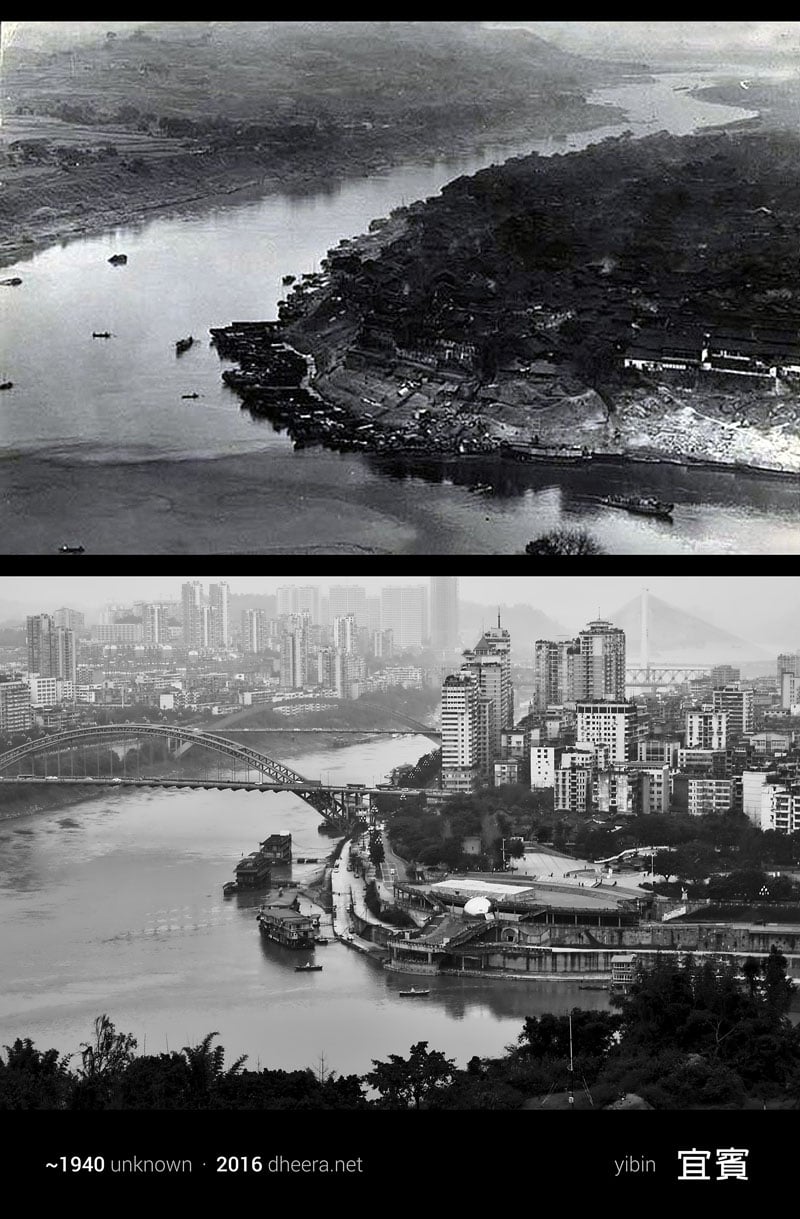 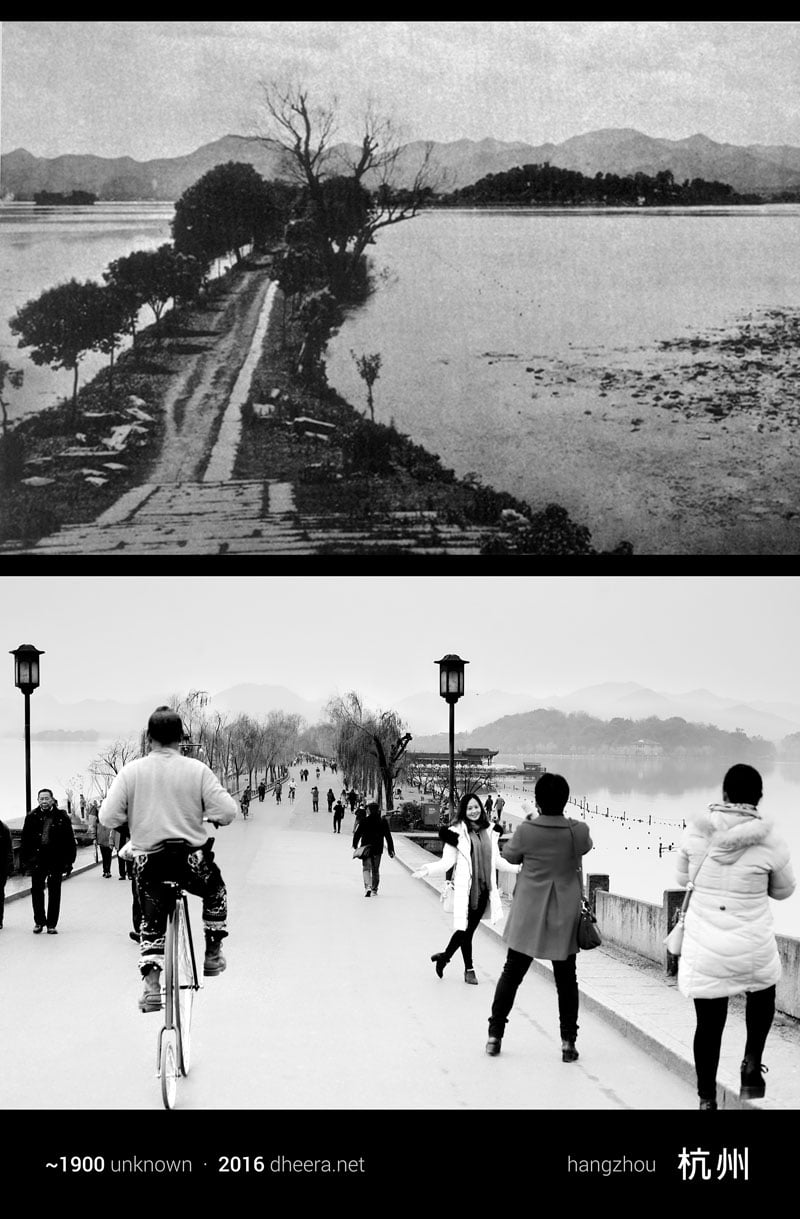 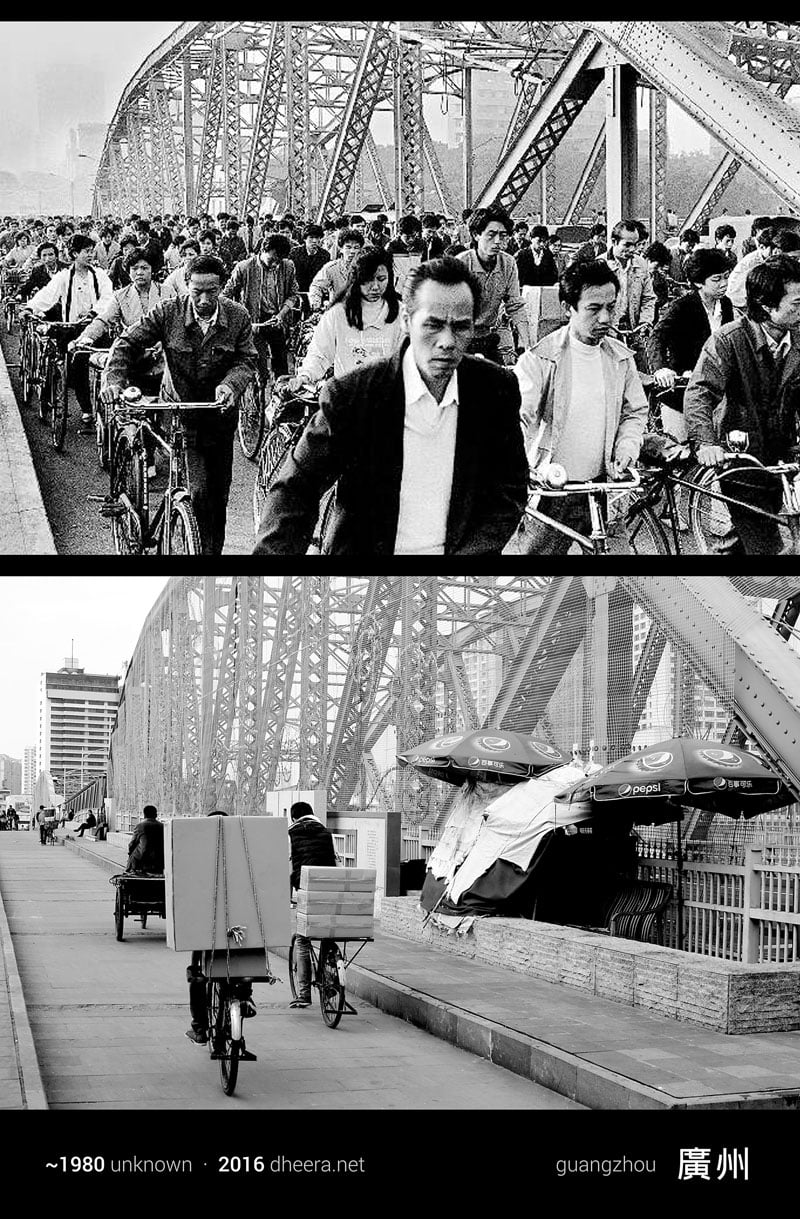 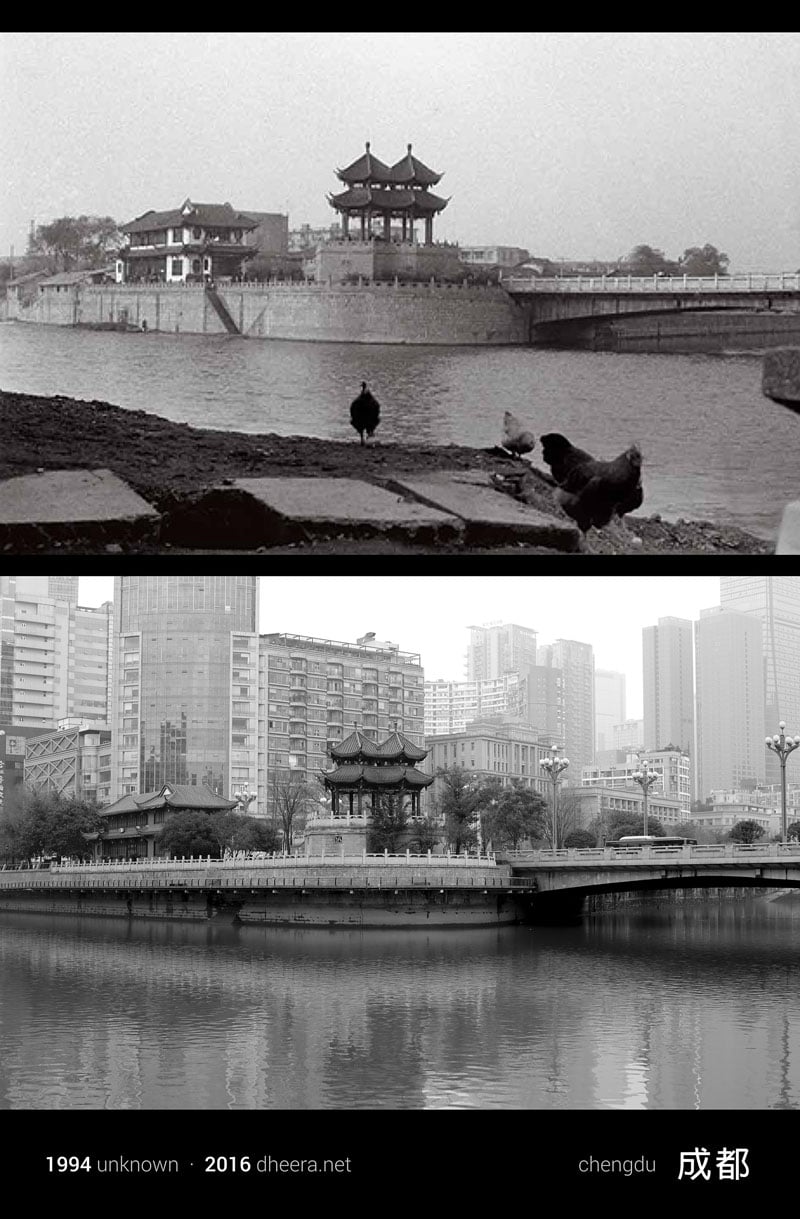 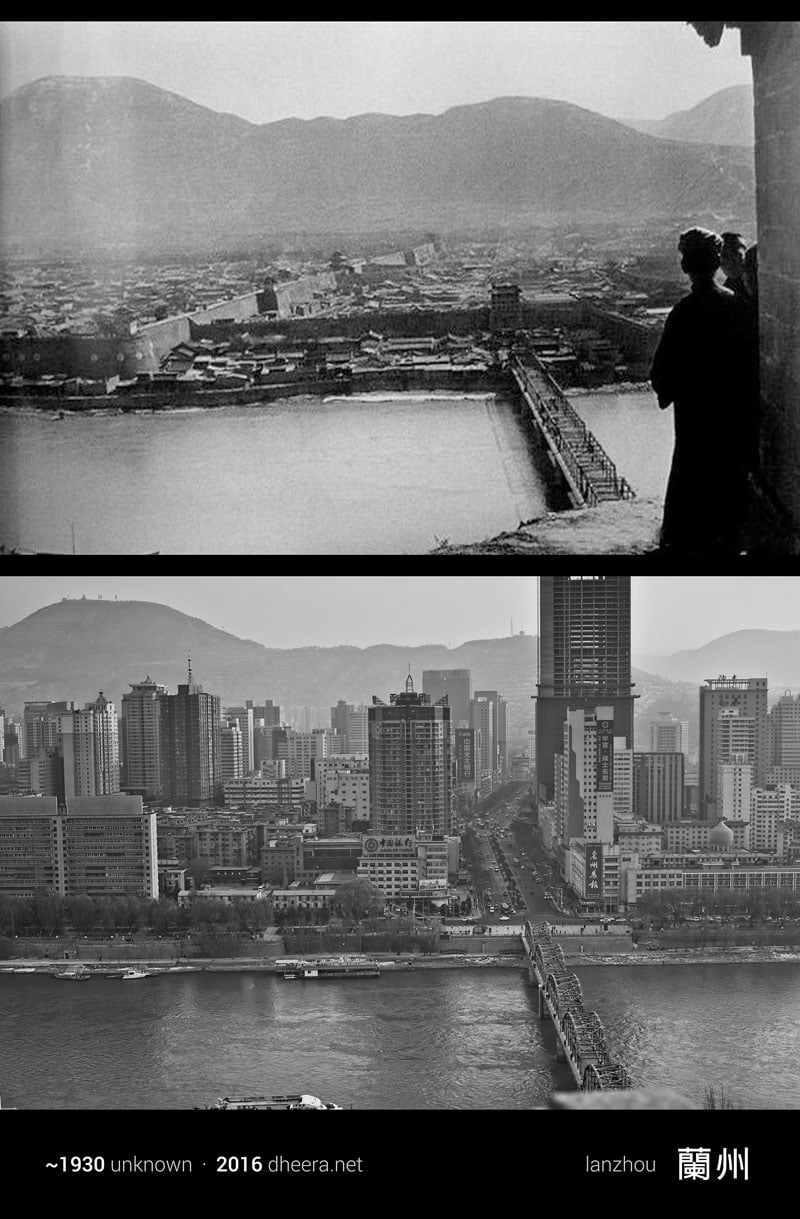 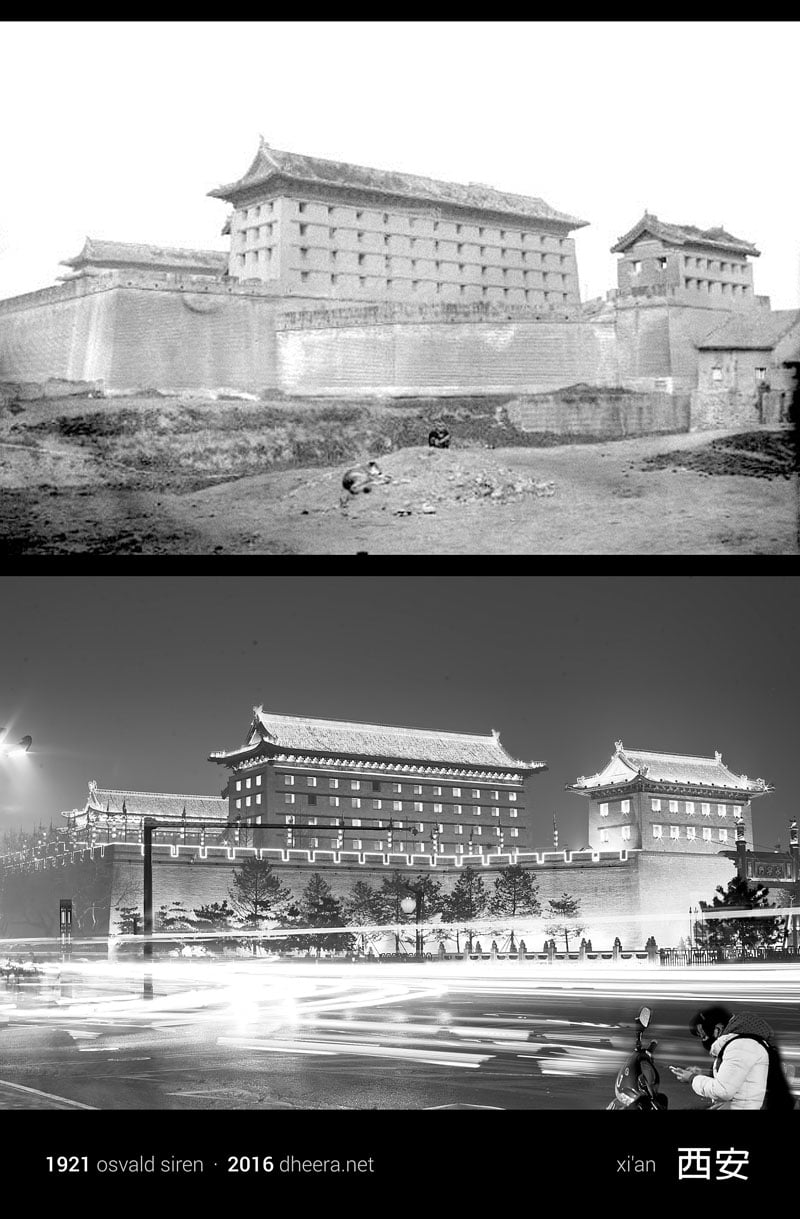 About the author: Dheera Venkatraman is an MIT alumnus, coder, and entrepreneur. In his spare time he enjoys photography, cycling, hiking, and travelling off the beaten path. You can visit his website here.

Ep. 63: Jason Lanier on the Jerk That Ran Over His Gear – and more