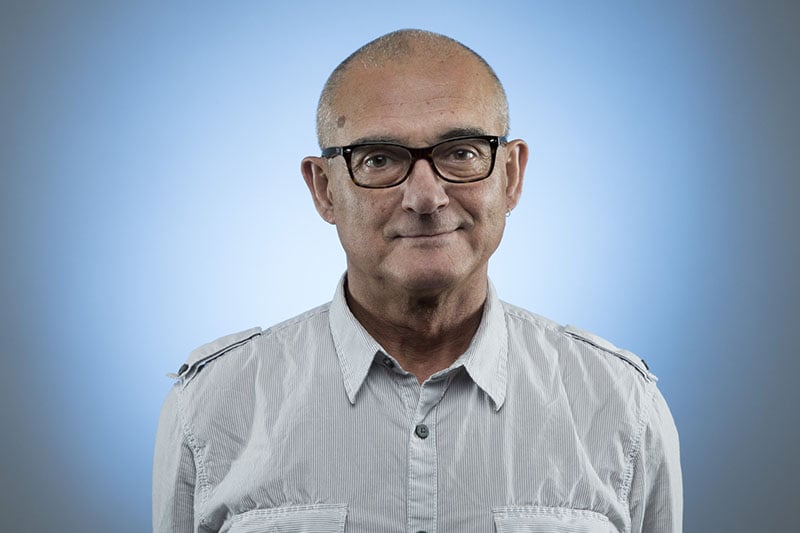 A long-time Los Angeles Times photographer was arrested on the side of a road yesterday while transmitting photos he shot of former First Lady Nancy Reagan’s funeral motorcade.

The Los Angeles Times reports that 65-year-old Ricardo DeAratanha was parked on the side of a road in Simi Valley and using his laptop computer to transmit his photos when police confronted him in response to a report of a “suspicious vehicle.”

DeAratanha, who has been shooting for the Times since 1989, was about 0.75 miles away from the Ronald Reagan Presidential Library, where a public viewing was behind held for Reagan. He was reportedly working inside a tarp-covered car, bent over inside with a cover over his head — presumably to see the photos on his screen more clearly without glare.

Simi Valley police say that DeAratanha refused to identify himself to police when asked and “balked at providing identification.”

DeAratanha’s attorney, Mark Werksman, disputes the official police account of what happened. He tells the LA Times that DeAratanha provided “multiple unassailable press credentials,” including ID cards issued by the Times and by the LA Sheriff’s Department.

But the officers “kept asking him for more ID,” Werksman says. “Then they ordered him out of the car when they weren’t satisfied with his answer.” DeAratanha then reportedly accused the officers of harassing him because of his darker skin color (DeAratanha is Brazilian).

“[The officers] resented that he would question their motives,” Werksman tells the LA Times. “They swarmed him and threw him to the ground and cuffed him.” DeAratanha suffered a sprained elbow from the throw-down.

DeAratanha was arrested on suspicion of resisting and obstructing a law enforcement officer, a misdemeanor. The police department is saying that race had nothing to do with the incident.

“This is not something we want to happen,” says Deputy Chief David Livingstone. “Had he cooperated, we would have had a different outcome.”