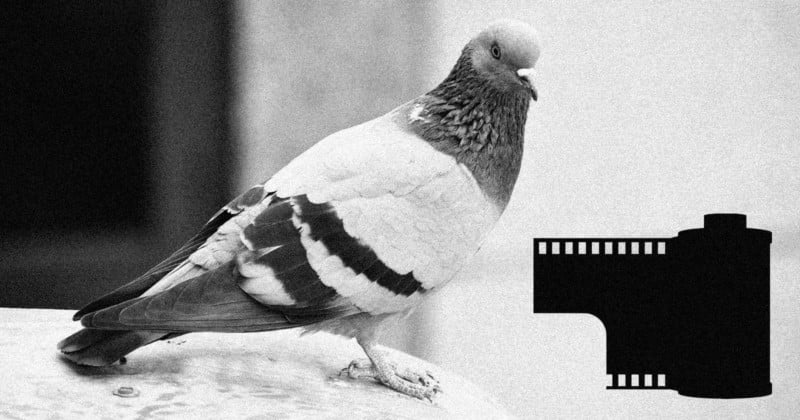 Photographer and photo editors sometimes need to bend over backwards to meet deadlines. Back in 1987, one newspaper photo editor came up with a clever way to rush some news photos from location to press: he used a homing pigeon.

Foster Marshall passed away on January 1st, 2019, after a 40-year-career as a photographer and photo editor for the The Florida Times-Union, a major daily newspaper in Jacksonville, Florida.

In his obituary celebrating his life and career, the Times-Union shared a wonderful story that highlights Marshall’s ingenuity and ability to think fast on his feet.

Back in 1987, President Ronald Reagan visited Mayport Naval Station in Jacksonville to attend a memorial service for the 37 sailors who were killed when the USS Stark was struck by missiles from an Iraqi jet in the Persian Gulf.

The Times-Union was told a day before the service that the Secret Service would be restricting all movement to and from the naval base until Reagan departed on Air Force One.

Understanding that this restriction would prevent his photographer from leaving the base and delivering the exposed film in time for the afternoon deadline, Marshall told his staff members to find a homing pigeon in the area. They managed to locate a man named Robert Bernard, a Jacksonville-based pigeon racer who offered his pigeon’s services.

The team then created a capsule and attached it to the pigeon’s leg, and the photographer smuggled the pigeon onto the major Navy base inside a ventilated box covered by a jacket draped over his arm.

After photographing Reagan arriving and attending the memorial service, the photographer placed his film into the pigeon-mounted capsule and released the bird, which flew straight to Bernard’s home. A newspaper lab tech was already waiting there to receive the film, develop it, and rush the pictures to press.

The photos arrived in the newsroom to cheers of the newspaper’s staff, and the Times-Union notes that the “journalistic coup” itself receive quite a bit of press attention after word got out.