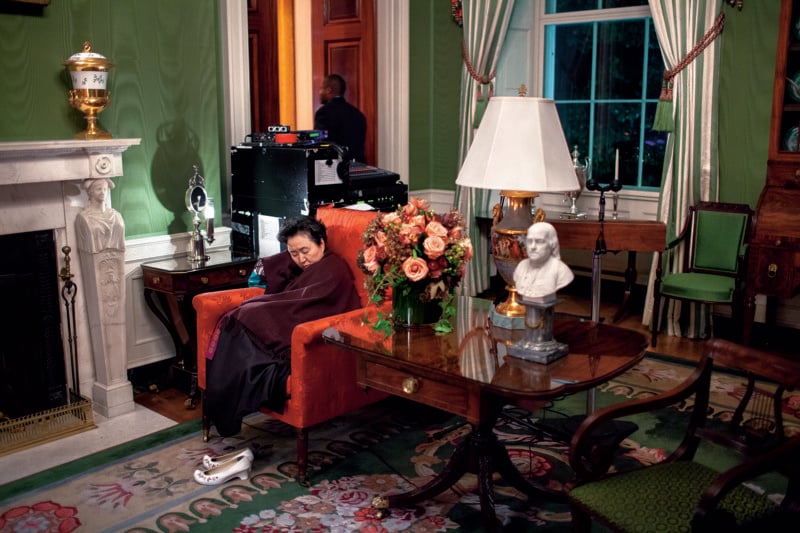 In his new book, The West Wing and Beyond, photographer Pete Souza claims to have spent more time in the Oval Office than any person in history.

Best known for his work as Barack Obama’s official photographer for both of his presidential terms, Souza’s new book focuses on the less obvious goings on in the White House.

“I wanted to give people a peek behind the curtain and show what happened and not focus on the President but focus on the other people inside the presidential bubble that makes the presidency work,” he tells MSNBC. 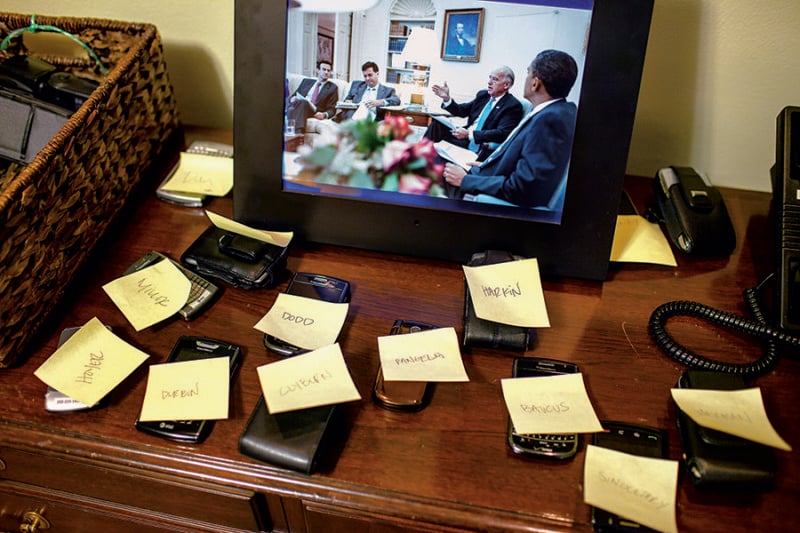 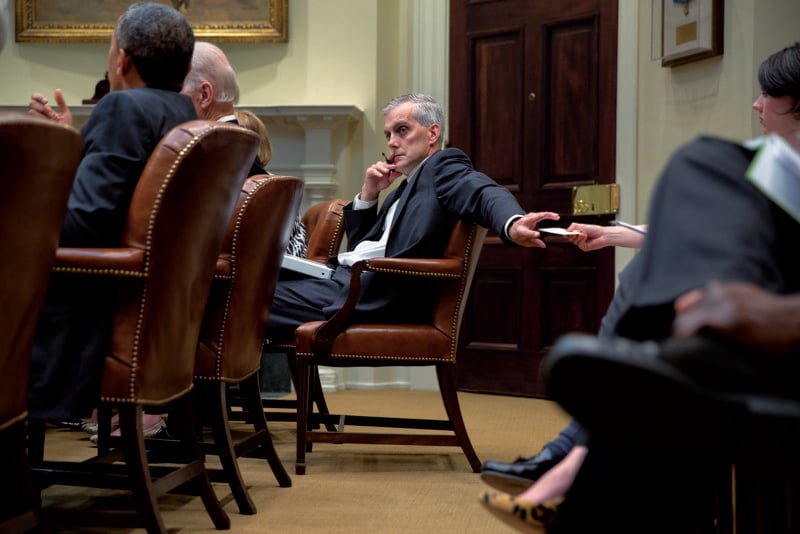 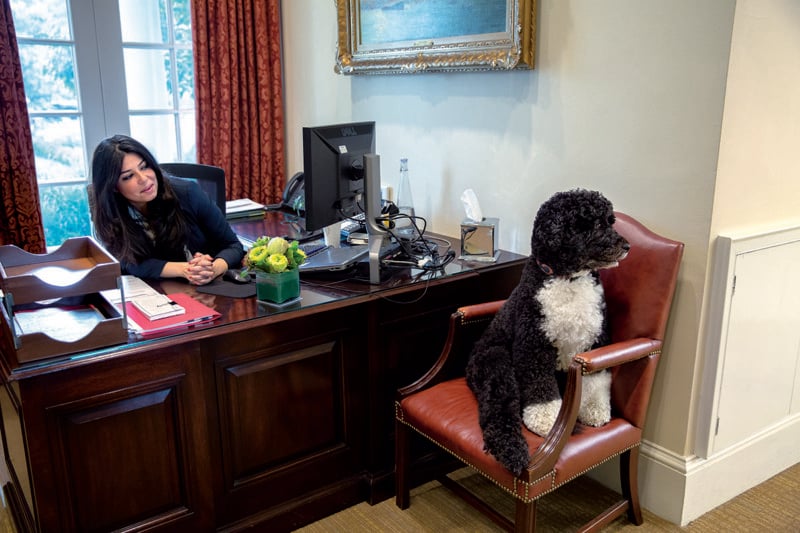 The book shares never-before-seen photographs of life inside the corridors of power. It shows babies running around the Oval Office, foreign interpreters catching up on sleep, and Bruce Springsteen rehearsing for a presidential performance.

“There’s a Where’s Waldo effect in some of the pictures where he’s [Obama] in the background out of focus, or he’s in the foreground out of focus. I was zeroing in on the many people that helped make the presidency work,” Souza tells The Takeaway. 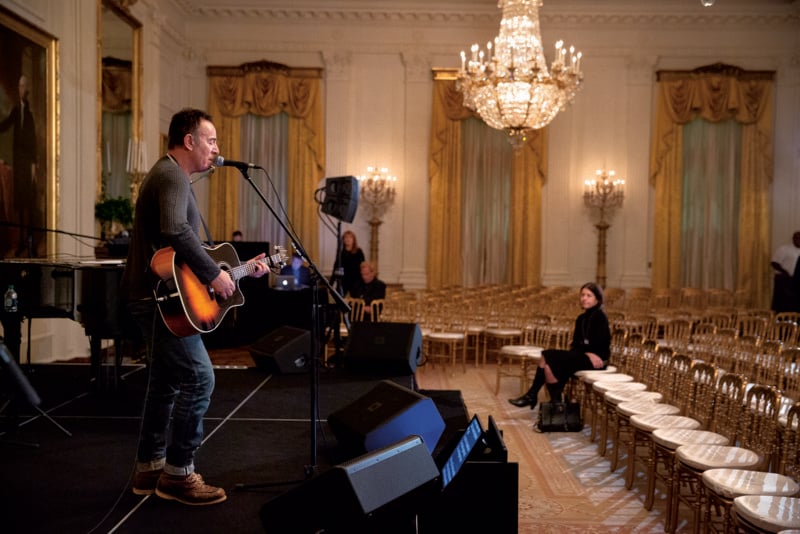 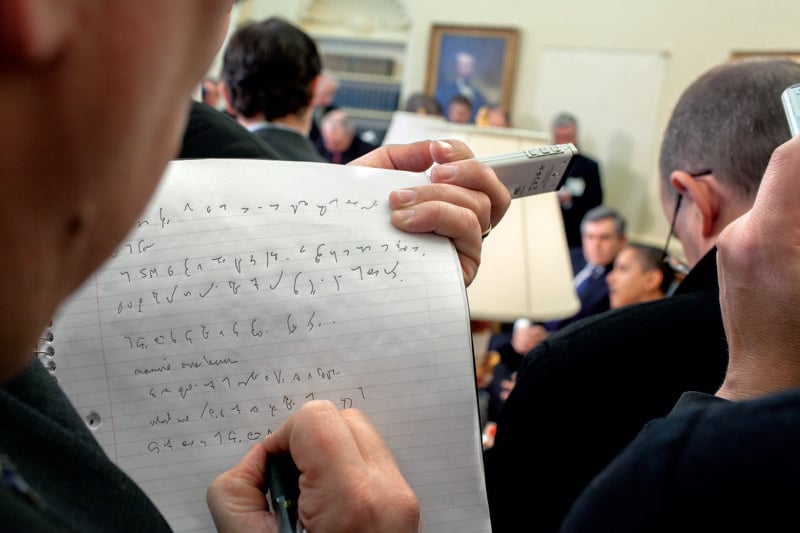 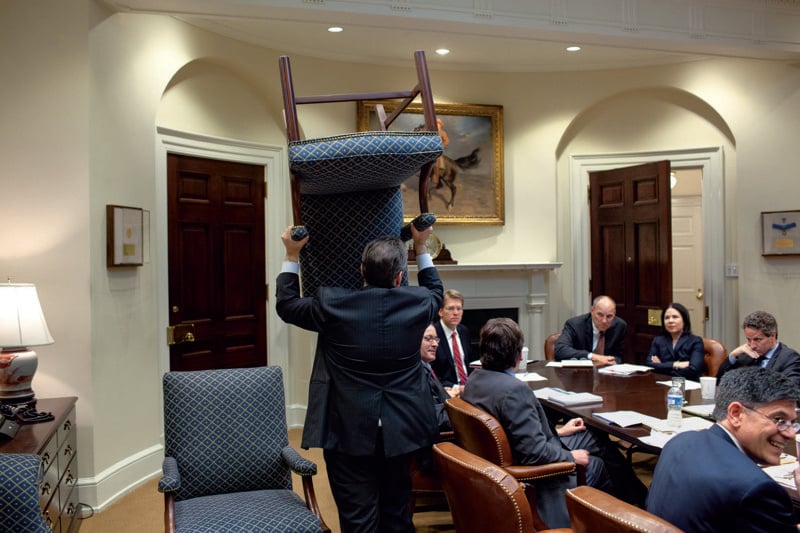 Souza, who was also the Chief White House Photographer under Ronald Reagan, estimates that during the Obama administration alone he was “inside the presidential bubble” for more than 25,000 hours, with a unique view on how democracy actually works.

“I’ve been a photographer a long time and I always know that if you look a little to the right or left or behind you, you sometimes see something that’s interesting, that says something about the presidency, that isn’t the President,” he tells The Takeaway..

During his interview with The Takeaway, Souza spoke about the differences between shooting under Obama versus Ronald Regan. The two jobs were 20 years apart, meaning the Reagan era was shot on film while the more recent Obama administration was shot on digital.

Souza adds that photo releases by the White House under Reagan would require making prints and physically handing them to a TV station. During the Obama period, his photos would be uploaded to Flickr where anyone was free to download it.

The West Wing and Beyond is available now for $45.99. Purchase information can be found here.