Now one of the major pioneer photographers of that technique, Rob Whitworth, is crying foul. He says that Nike ripped of his work and the work of Australian filmmaker Selina Miles in its new video.

Whitworth is one of the best known photographers in the field of hyperlapses. His videos of major world cities (e.g. Istanbul, Dubai, Pyongyang, Barcelona, Shanghai, Kuala Lumpur, and Ho Chi Minh City) have been major viral successes and have received millions upon millions of views online.

Whitworth and Miles claim that for its new video, Nike directly ripped off two of their well-known videos: “Barcelona” by Whitworth and “Limitless” by Miles. “Neither of us were involved in the final video,” he says.

Watch these videos and see what you think:

Nike’s video is a “fast-paced film which uses a ‘flo-motion’ technique to combine both time-lapse and changing points of view,” writes Creativity Online. “The film, directed by Norton at Archer’s Mark, takes viewers on a whistle-stop tour of Barcelona.”

“Flow Motion” is what Whitworth calls his style of hyperlapse.

Lame… Nike have released a video (http://creativity-online.com/work/nike-hypervenom-neymar-edition/45229) that seems to…

But it’s not just the similarities of the videos that has the two artists bothered. Both Whitworth and Miles were approached to work on the project, but for some reason (unknown to them), they lost out on it to another director. Then this video came out.

“It’s one thing when people reference other people’s work in a personal context at some point in their personal creative journey. This happens all the time and I’m fine with it,” Miles writes. “It’s another thing entirely for one of the world’s biggest brands to shamelessly rip off two creatives in what I know was a 6-figure advertising campaign.”

“Not really sure what can come from posting this publicly, I guess I’m hoping the internet can deliver some kind of internet-y justice.” 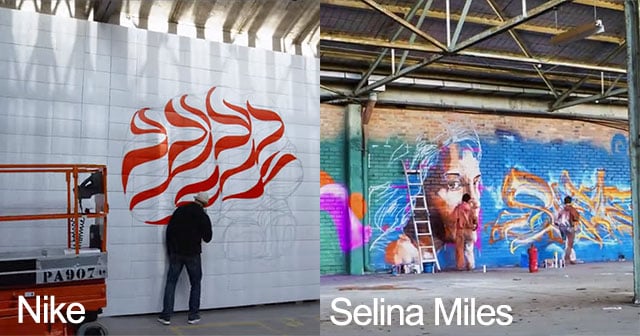 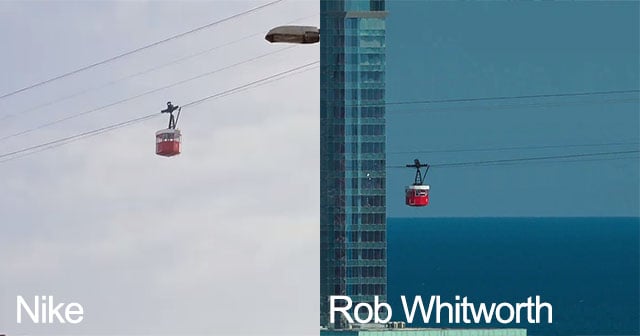 Whitworth says that after going public with this story, reaction to his complaint has been mixed.

“Interesting, people on Facebook seem to be going both ways, some think I should be grateful and flattered others see it as a bit cheap on behalf of the big corporation,” the photographer tells PetaPixel. “From my side it’s less about the commercial aspect and more how close the Nike video is to the Barcelona. Copying content rather than just copying style.”

“It’s really great to see people building on stuff I do, as I did from others,” he says. “I think it’s a little different when it’s imitation that doesn’t add or build on a style particularly when used to promote a commercial project.”

“Got me thinking anyhow.”

This Priceless Paper Described Photography Before It Was a Thing