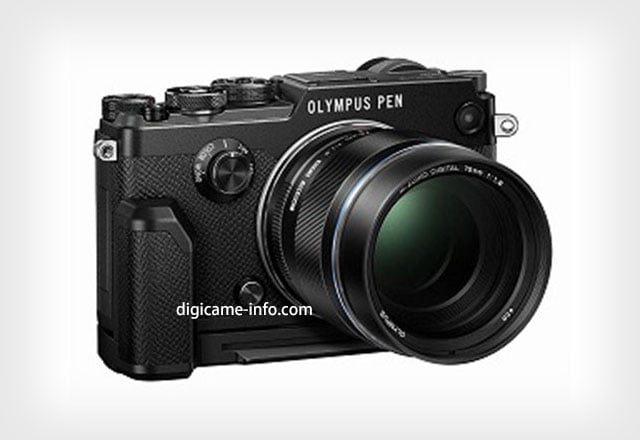 Olympus is rumored to have a new Micro Four Thirds mirrorless camera called the PEN-F up its sleeve, and today we just got our first look at the upcoming camera. The leaked photo above shows what the black version of the camera looks like with the M.Zuiko 75mm lens and an optional grip attached.

Published by digicam-info, the photo also appears to show an electronic viewfinder in the back corner of the body. We also see a few control dials on the top.

43 Rumors is hearing that the camera will feature a 20-megapixel sensor, but there doesn’t seem to be much else in the way of rumored specs at the moment.

“They specifically developed the camera after the Fuji X-E/PRO success,” Mirrorless Rumors writes. “It’s their bet to ‘revive’ the somehow weak PEN sales. But I am yet not sure if Olympus is too late in the game now. It really depends on price and features of the new cameras.”

The official announcement date for this camera is reportedly January 27th, 2016, so stay tuned.