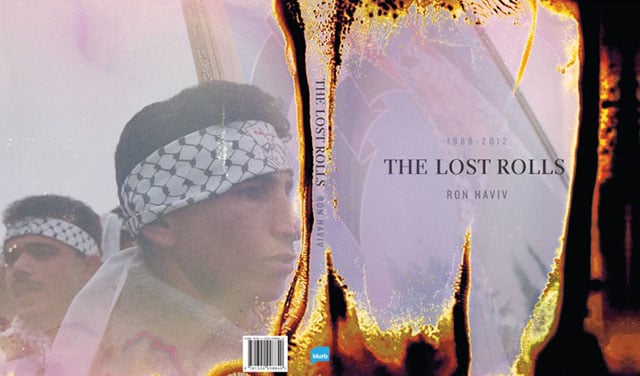 Photojournalist Ron Haviv documented international conflicts for years before co-founding the VII photo agency in 2001. While shooting for assignments or personal projects, Haviv would often carry a 2nd or 3rd camera with him, and oftentimes those secondary photos would stay undeveloped.

Haviv finally revisited those photos recently, and found over 200+ unprocessed rolls of film that span about 25 years of his work. He recently self-published a collection of the images in a new book titled The Lost Rolls.

Here’s a short 4-minute video by NOWNESS in which Haviv talks about the book and his work:

“The film wasn’t perfect. In fact, the film was massively flawed. But it was beautiful,” says the book’s description. “A blend of mold, pooling dye, time and fog, the film had transformed into one-of-a-kind analog artwork, representing some of the most important news stories in recent history.”

Here’s a 15-page preview you can flip through:

The Lost Rolls is available as a 124-page hardcover book for $45 over at Blurb.