44-year-old South Korean photographer Ahn Se Hong has won his lawsuit against Nikon over the cancellation of his ‘comfort women’ exhibition. The Tokyo District Court ruled last Friday that Nikon must pay Ahn ¥1.1 million (~$9,150) in damages.

We reported back in 2012 that Nikon found itself at the center of controversy after abruptly cancelling the show that they had originally agreed to host in its galleries in Tokyo and Osaka, Japan. The photos focused on Korean women who were forced to work as sex slaves in Japanese military brothels during World War II.

The same court ordered that year that Nikon must allow the exhibit to run, and Ahn was able to show his photos in Tokyo from June through July 2012 as planned. 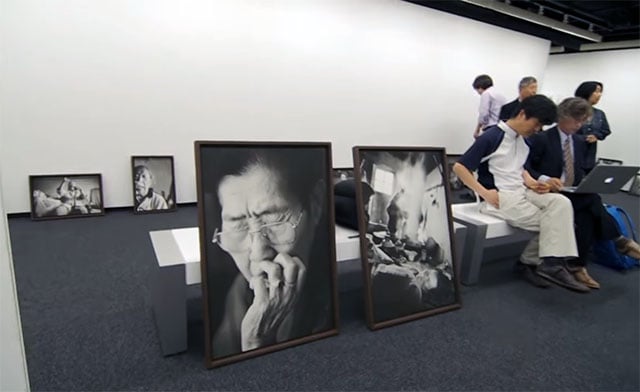 The Japan Times reports that in his lawsuit, Ahn alleges that Nikon “illegally interfered in expressions” and that his “social value as a photographer was significantly undermined and personal right was violated.”

Nikon’s argument was that there were protests held over the exhibition, and that the company was worried that financial losses or violence would result if the exhibition were to continue.

Judge Sonoe Taniguchi sided with Ahn, ruling that “there was no appropriate reason to cancel the use (of the showrooms)” and that “it was unjust that the company did not talk with the plaintiff and unilaterally refused to hold the events.” Nikon says it will “carefully consider” whether it will appeal this latest ruling, as it did back in 2012.

The issue of comfort women is still hotly contested in Japan, says The Japan Times. The current government is opposed to referring to them as “sex slaves” because it has not found “objective evidence” that women were forcefully taken away by Japanese soldiers.

(via The Japan Times and Nikon Rumors)