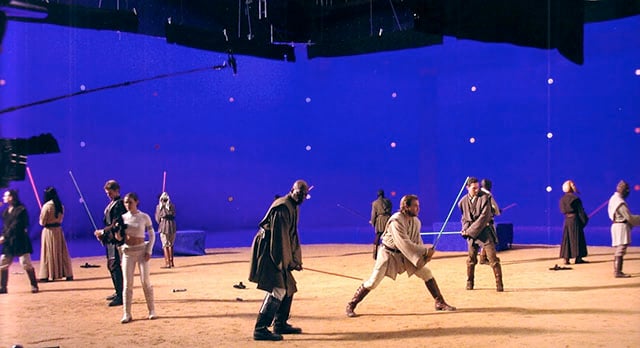 One of the gripes Star Wars fans have about Episodes 1, 2, 3 is that George Lucas relied heavily on CGI rather than the brilliant practical effects that were found in the original trilogy. Many of the action scenes were simply actors waving light saber sticks around on giant green screen sets.

Here’s what things looked like in the Episode 2 Geonosis execution arena scene “in camera,” before all the computer generated environments, characters, and blaster bolts:

“Just wave the sticks around, we’ll try to fix it in post,” one Redditor quips. 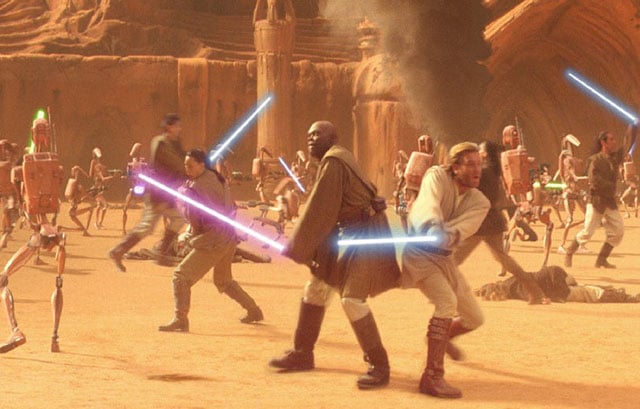 Here’s what the shots turned into in the final film (there are a few moments at about 1-minute in):

The latest film, Episode 7: The Force Awakens, is being praised for its heavy use of practical effects. MakingStarWars reports that of the 357 scenes, only 28 shots were completely CGI.