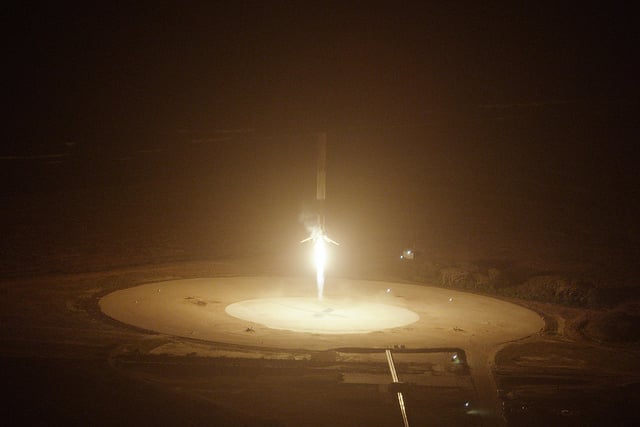 Yesterday, SpaceX successfully launched its Falcon 9 rocket, delivered 11 satellites into orbit, turned it around, and safely landed the first stage booster back to the ground at Cape Canaveral, Florida. It’s the first time this has been ever done with an orbit-capable rocket. 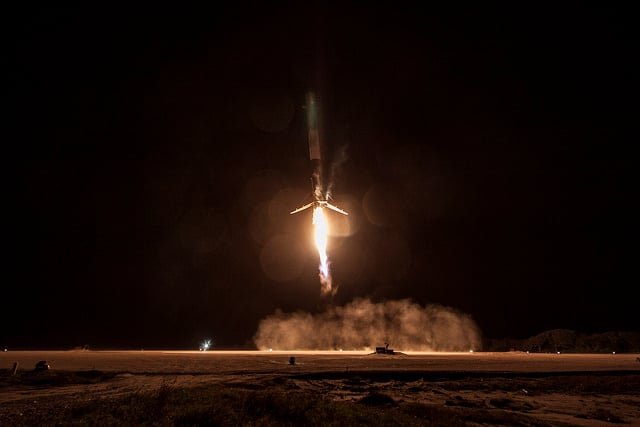 SpaceX photographers were on hand to document the accomplishment, and the company has released two beautiful long-exposure photos showing the journey through light trails.

Here’s a photo that shows a light trail of the rocket being launched into space, and a second light trail of it coming back down and landing just 1,000 meters away: SpaceX says the task can be compared to “launching a pencil over the Empire State building and having it land on a shoebox on the other side…during a wind storm.”

Here’s another long-exposure composite that shows light trails from the launch, re-entry, and landing burns of the Falcon 9 rocket: 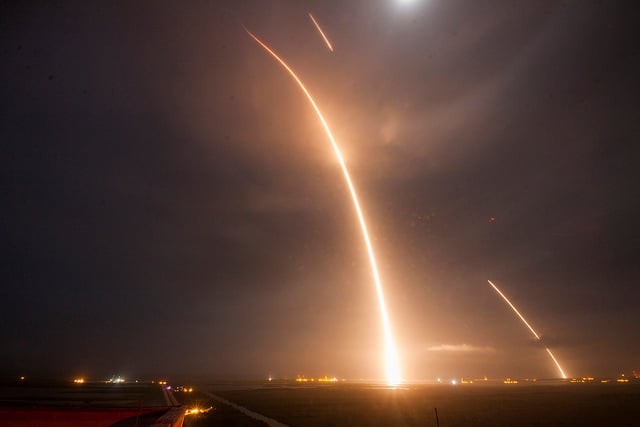 Finally, here’s a 45-minute recording of the entire launchcast that was broadcast on the Web:

The photos above, along with all official SpaceX photos, are public domain and can be found on the company’s official Flickr page.