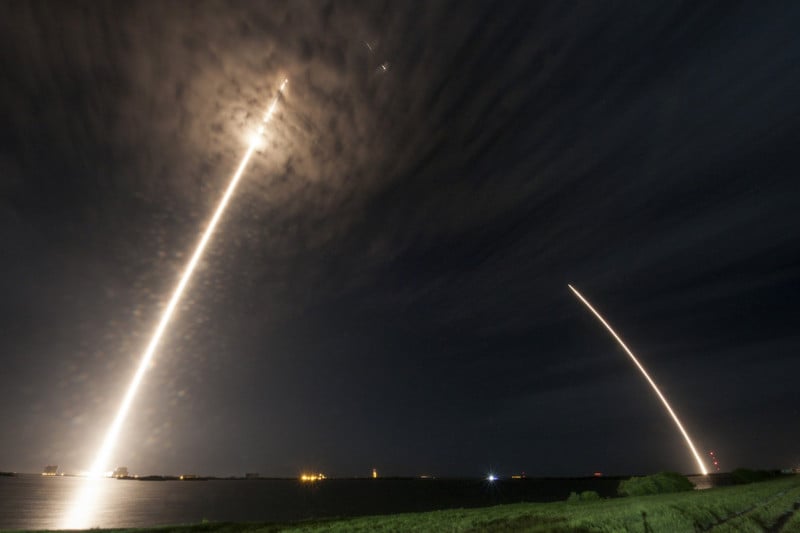 One of the unintended consequence of blazing new trails is, often, capturing incredible photographs. That’s how we ended up with this gorgeous shot that shows SpaceX’s Falcon 9 rocket both taking off and landing… in a single long exposure.

The photo was uploaded to SpaceX’s Flickr account, where you can see a lot of other historic shots like these. This particular image was captured on July 18th, the night the Falcon 9 delivered the Dragon cargo spacecraft into orbit.

Once the payload was securely on its way to the International Space Station, the rocket’s first stage descended back to Earth where it made a successful landing that, no matter how many times you see it, should still inspire awe.

In total, about 9 minutes elapsed between takeoff and landing.

This Abandoned Power Station in Hungary is an Urbex Gem