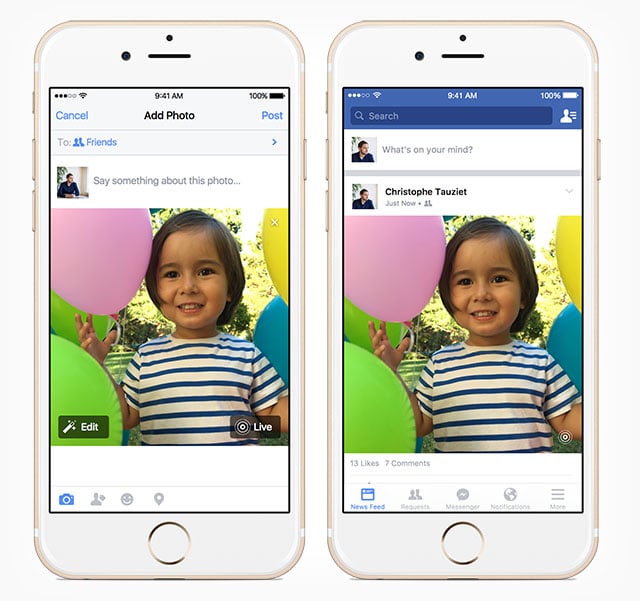 Facebook’s support is starting off with a “small percentage of users globally,” and that support will be rolled out to a broader audience in 2016.

A Live Photo is a 12-megapixel still photo that comes bundled with 1.5 seconds of video that’s recorded video and after the snapshot. To upload one, just select it as you would any still photo, and make sure the “Live” indicator is on in the bottom right hand corner.

Once a Live Photo is uploaded to Facebook, users will be able to bring the photo to life with movement and sound by pressing and holding it. Here’s a short video demo:

This news is a huge win for Apple, as new formats need widespread support to gain a foothold and become popular. Facebook has 1.39 billion users and 36,000 photos uploaded every minute, so we’ll likely see a huge jump in Live Photo usage in the coming year.

‘The Revenant’ Was Shot Almost Entirely with Natural Light