If you shoot with a DSLR, you might take for granted that the mirror inside your camera swings out of the way to allow light to hit the sensor. There’s actually quite a bit of precise engineering behind those seemingly simple flips. 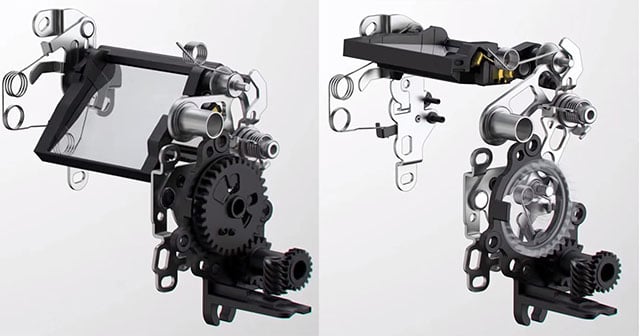 DPReview, which received the video from Canon for an in-depth review of the cameras, writes that the system is similar to what’s found in the Canon 7D II: it’s based on motors rather than springs, meaning the mirror doesn’t bounce around when it swings in either direction. This reduces tiny vibrations and helps provide sharper photos.