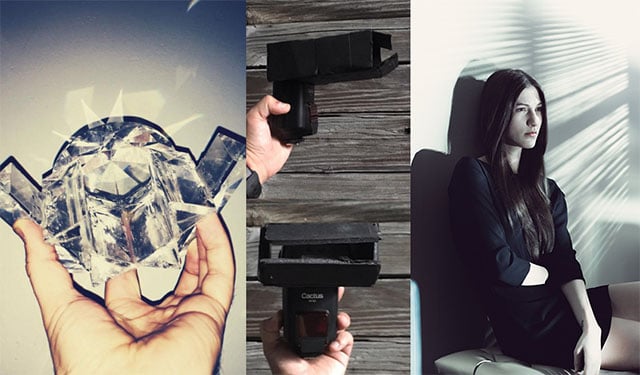 Photographer Nick Fancher often does high-quality shoots with simple locations and do-it-yourself gear — he published a book on the subject earlier this year that’s titled Studio Anywhere. For a recent portrait shoot, Fancher visited his model’s apartment and shaped light using a custom prism gobo, DIY barn doors, and the blinds on the model’s door.

Here’s what Fancher’s custom-made prism gobo looks like. It “throws more light than Zeus,” he says:

Fancher created his DIY barn doors a couple months ago with some black foam board and black gaff after going to his local camera shop for a commercial solution and coming up empty. Now he never travels without it.

Here’s a 4-minute behind-the-scenes walkthrough of the shoot:

“When I showed up at the models apartment, I noticed that her door blinds also made a fantastic gobo when the flash was fired through them,” Fancher tells PetaPixel. 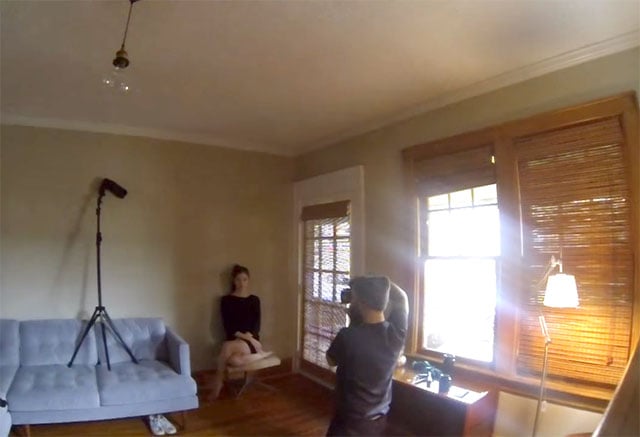 “For the first couple scenarios I played with using the barn doors or the door blinds or both,” Fancher says. “Then I tried out the prism. I wasn’t loving the prism light by itself, but when combined with the light through the blinds, it had a really nice effect.”

Here are some of the resulting photos from the shoot: 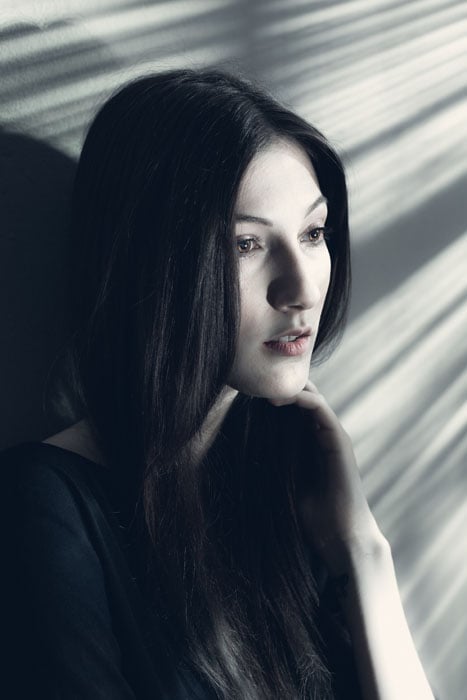 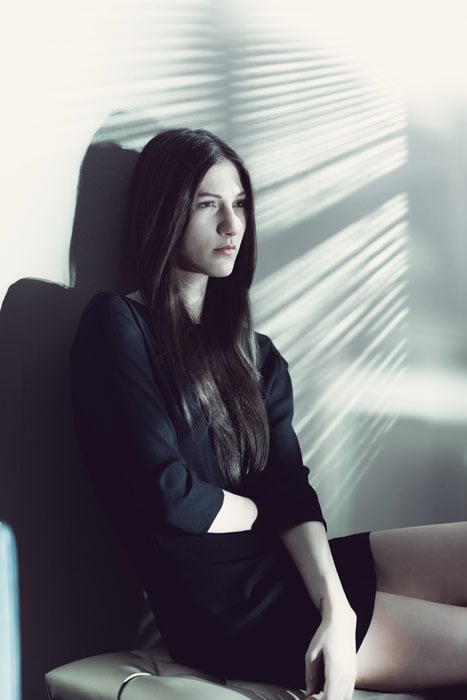 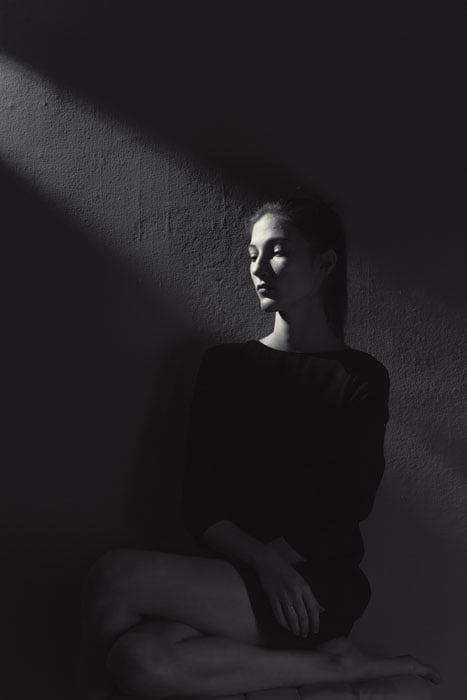 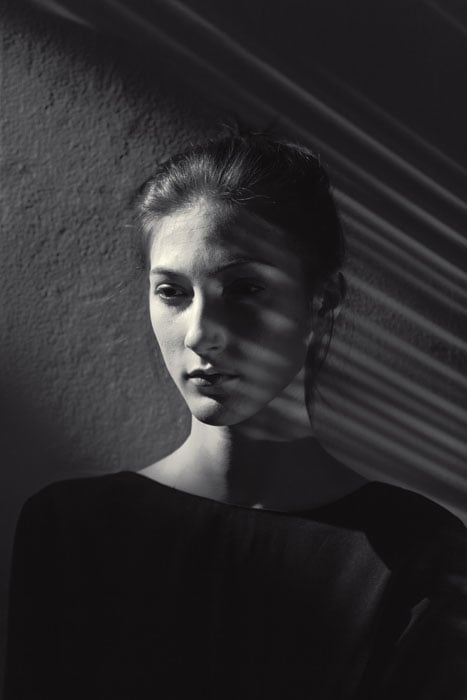 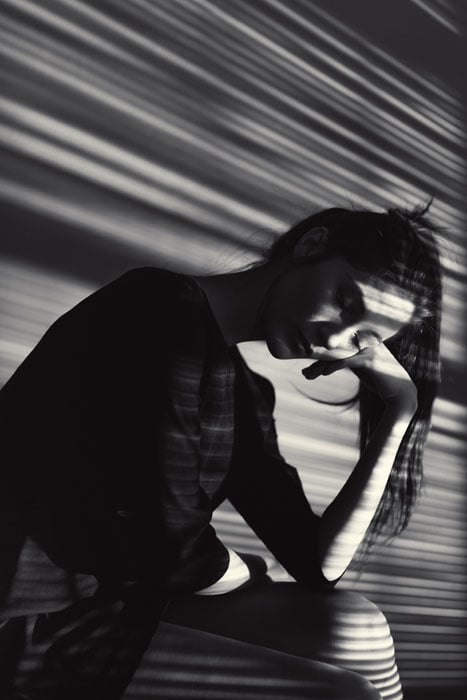 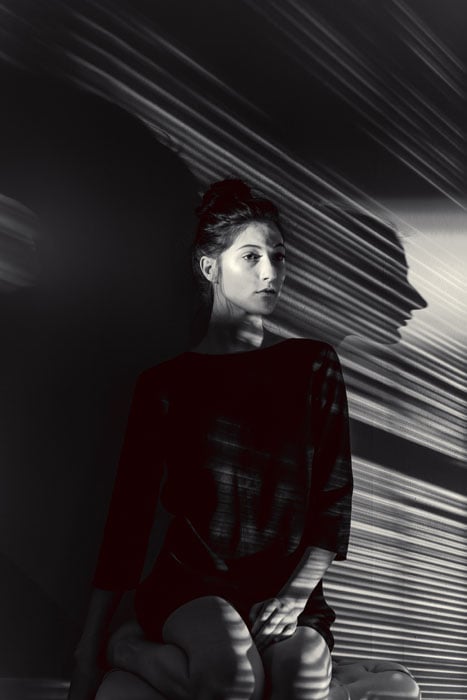 Fancher is currently working on a follow-up book to Studio Anywhere. The new work will focus more on hard light scenarios and should be published sometime in the summer of 2016.

Image credits: Photographs and video by Nick Fancher and used with permission