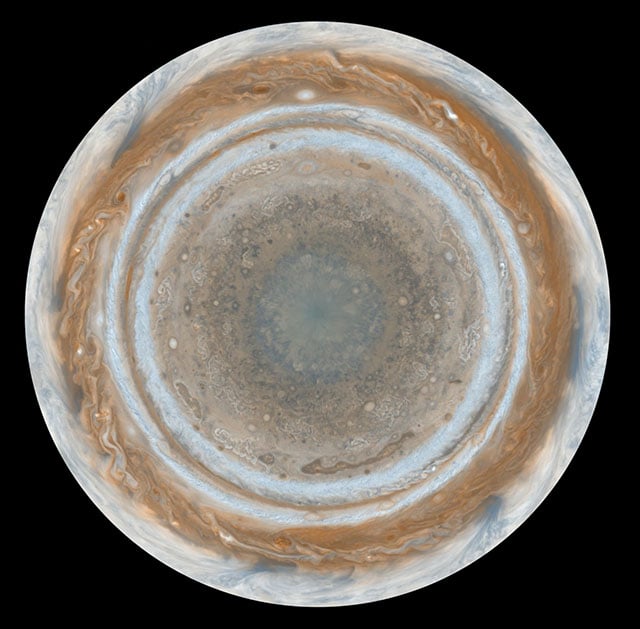 When you think of the planet Jupiter, you probably think of that giant striped planet with the Great Red Spot anticyclonic storm swirling across the face. But that’s just one way of looking at Jupiter.

The photo above, created with images from NASA’s Cassini space probe, shows what Jupiter looks like from directly above the north pole.

This one, also captured by Cassini, shows the planet from “below”, or under the south pole — in this view, the Great Red Spot can be clearly seen: 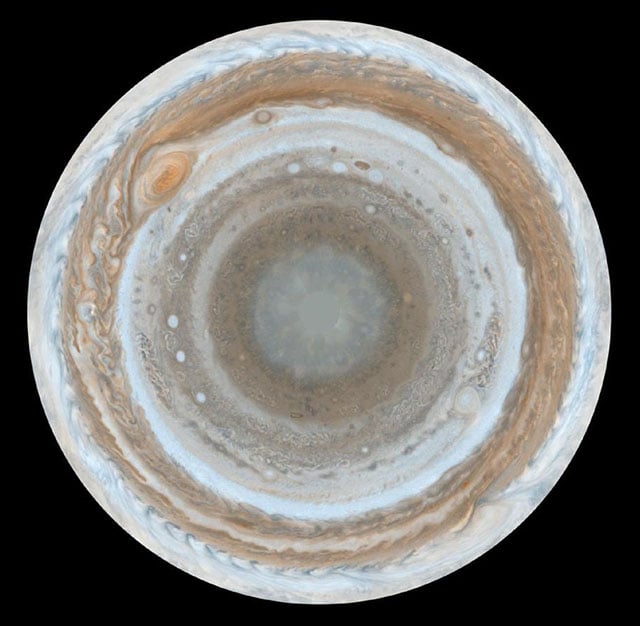 And just for reference, here’s a perspective of Jupiter that you’ve probably seen countless times: 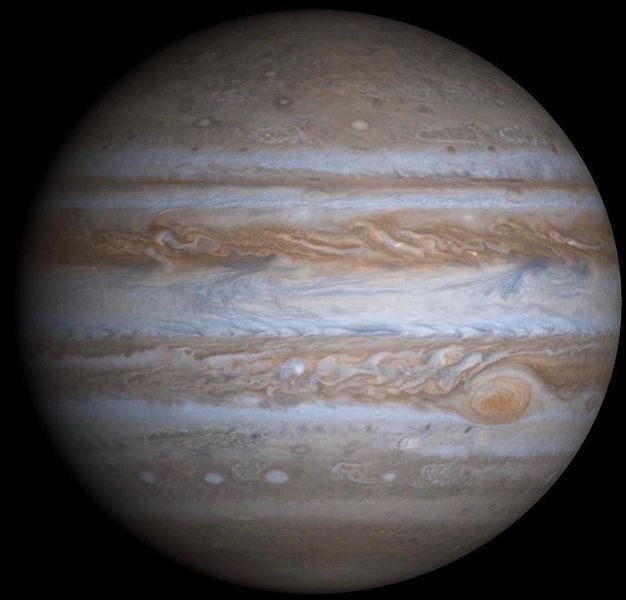 (via ESA and NASA via kottke.org)