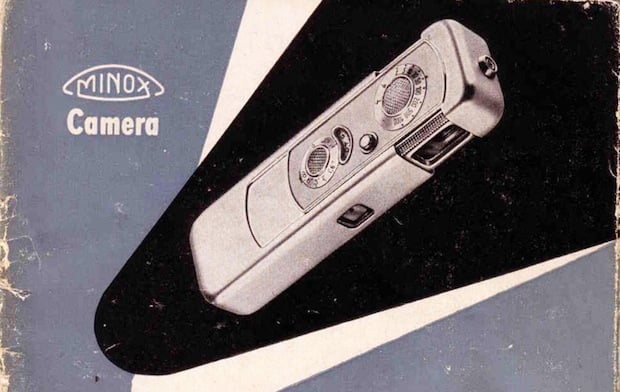 In 1938, after many prototypes, the first 8x11mm subminiature camera was brought to market by German inventor Walter Zapp. It was called the Minox Riga, and the tiny camera actually saw espionage action in both WWII and the Cold War.

Ironically, Zapp originally invented the subminiature camera as an easy-to-use alternative to more complicated cameras. Instead, it became well-known as a spy cam. Even after WWII ended and the camera was redesigned, production costs made Minox subminiature cameras a luxury item that continued to be used by intelligence agencies on both sides during the Cold War. 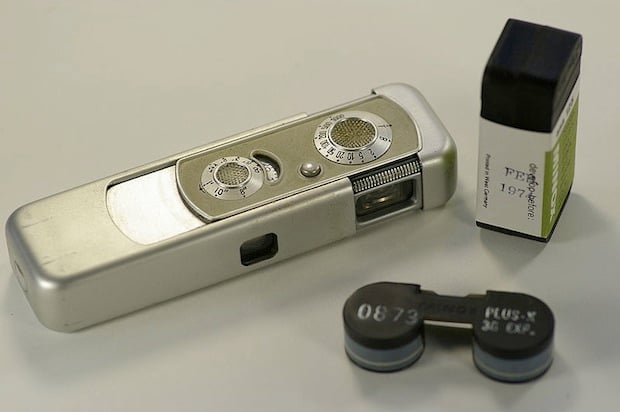 The film used in the Minox Riga is 8x11mm, the smallest size of subminiature film and the same size that was later used in the Kodak disc. The film is about the size of the nail on your pinky. To understand how significant that was at the time, you should know that 35mm was considered “miniature” or “super compact” film back then.

The lens built into the original stainless steel Riga — later models switched to aluminum to save weight — was a 15mm f/3.5 that was known for its macro capabilities. It’s no wonder British and American intelligence agencies loved it for taking photos of documents. 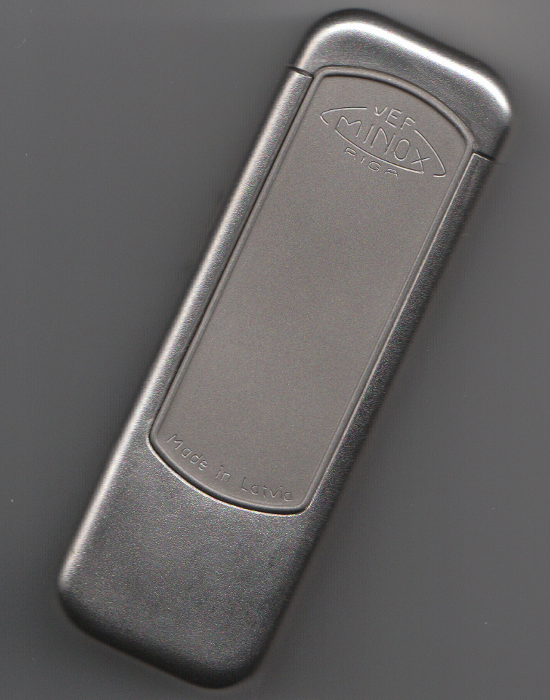 Once you loaded one of the tiny film canisters into the Riga, using it was as simple as pulling it open to reveal the lens and viewfinder and clicking away. To advance the film, you simply closed and reopened the camera, kind of like a pump-action shotgun that does a completely different kind of “shooting.”

These days you can pick up a Riga for yourself off of eBay, but don’t expect time to have dropped the price out of “luxury” status. An original model Minox Riga subminiature camera is considered a collectible item, and the majority of the ones we found on eBay are going for $1,000+.

Hey Apple: Regular People Have No Idea How To Manage Photos On Their iPhone

Beautiful Photos of Auroras Shimmering Over Iceland by Stéphane Vetter