Back in 2011, photographers Kevin Burg and Jamie Beck helped coin and popularize the “cinemagraph,” an animated GIF showing a mostly static photo with certain elements moving and looping.

The video is intended for viewing though a virtual reality headset — the original file is available for download on Vimeo — but you can also experience it by dragging your mouse around or by loading it up in the YouTube app on your phone and swinging your phone around. 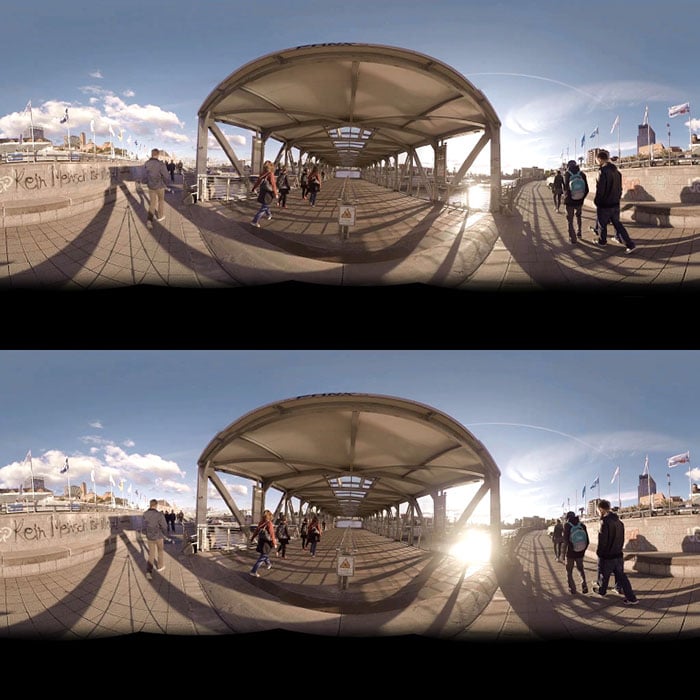 Amir tells us he created the VR cinemagraphs using footage recorded with a custom-built 360-degree stereo video rig that he built for under $10. He’s hoping to turn this concept into a series in the future. You can follow along through his YouTube channel.

Disturbing Photos of People Getting Sucked Into Their Phone Screens

Is Samsung Shuttering its Camera Business?