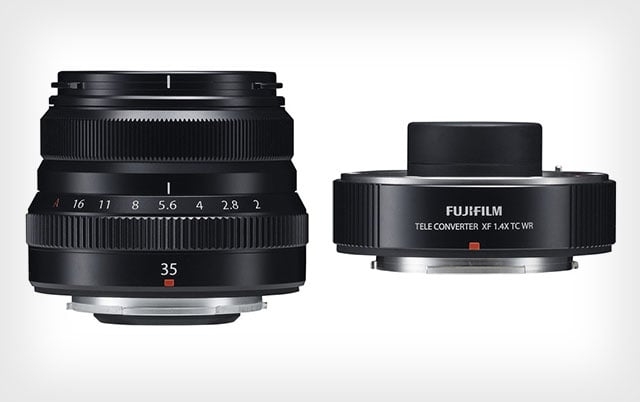 Fujifilm today announced its new XF 35mm f/2 R WR lens. It’s the equivalent of a 53mm in 35mm terms, so it has an angle of view that’s similar to that of the human eye. The new 35mm lens is weather resistant: 8 seals on the barrel help protect it from rain, dust, and splashes of water. It’s also designed to be used in temperatures as low as 14°F (-10°C).

Autofocus is both fast (0.08 seconds) and quiet thanks to an internal focusing system that uses a stepping motor. Other specs and features of the lens include a Nano-GI coating that reduces ghosting and flare, a 9-blade aperture for smooth bokeh, 1/3 EV steps, and a minimum working distance of 13 inches (33cm). 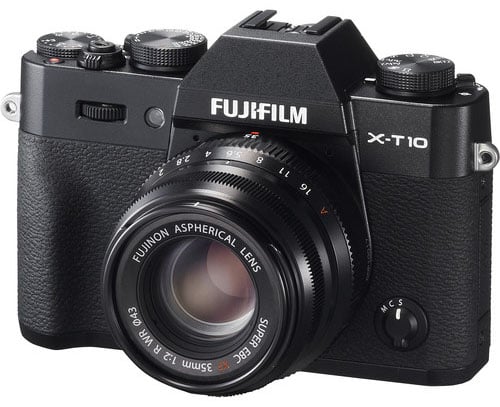 Fujifilm’s new 1.4x teleconverter will be launched to help extend the range of the Fujinon 50-140mm f/2.8 lens, turning it into a 70-200mm. The extra 40% in reach comes at a cost of one stop lost in exposure (the aperture becomes one stop higher), but autofocus speed isn’t affected. Future Fuji lenses will also be compatible with the teleconverter, the company says, including an upcoming 100-400mm that’s on the roadmap.

Like the new 35mm lens announced today, the 1.4x teleconverter is also resistant to weather and dust and can also operate down to 14°F.

The 8 Levels of Photographer You Reach with XP