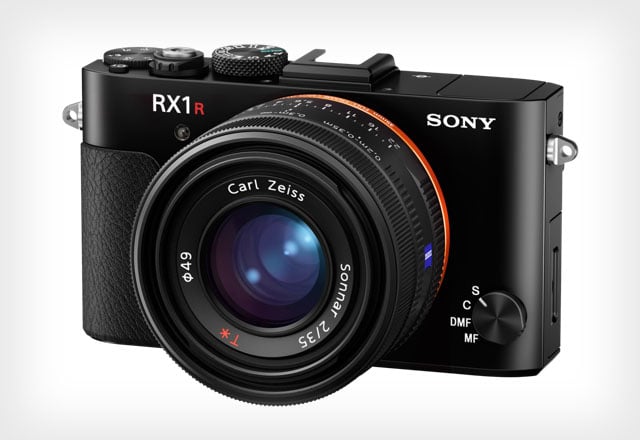 Sony has just unveiled the new RX1R II, a palm-sized 42.4-megapixel full-frame camera that features the world’s first optical variable low-pass filter that can be turned on and off. 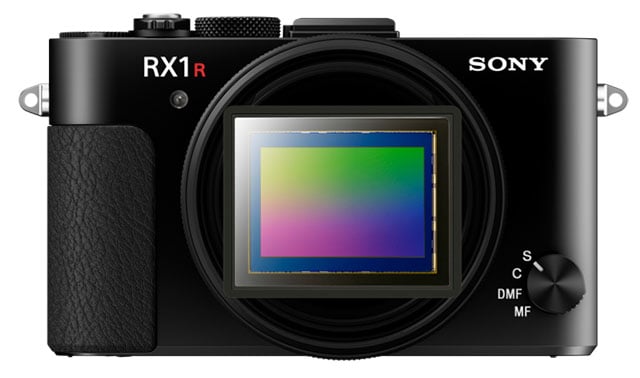 Inside the camera is a back-illuminated 35mm full-frame Exmor R CMOS sensor that shoots massive 42.4-megapixel images with an ISO range of 100-25600 (expandable to 50-102400). The sensor has been improved to output data 3.5x faster than the original RX1R. 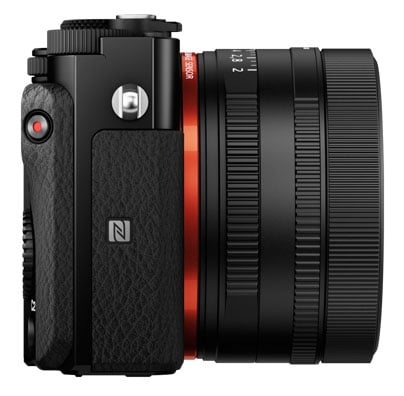 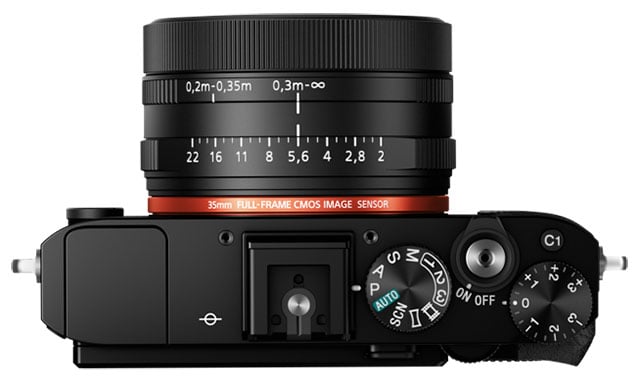 The most interesting feature in the new RX1R II is the low-pass filter in front of the sensor. When the original RX1R was announced in 2013, it ditched the anti-aliasing filter to offer increased sharpness at the expense of having more moire patterns. Instead of forcing photographers to choose between one or the other, Sony has created the world’s first optical variable low-pass filter.

Photographers can choose to set the low pass filter to “off,” “standard,” or “high” based on what they’d like (i.e. increased sharpness or reduced moire). What’s more, you can even choose to bracket your shots, rapidly shooting photos with the low-pass filter toggling between its settings — a “shoot first, choose later” approach.

On the front of the RX1R II is a fixed 35mm f/2 Zeiss Sonnar T* lens, which features a Macro shift ring for focusing on subjects as close as 14cm. It also has a 9-blade aperture for smooth bokeh and an in-lens shutter with 1/2000s flash sync speed. 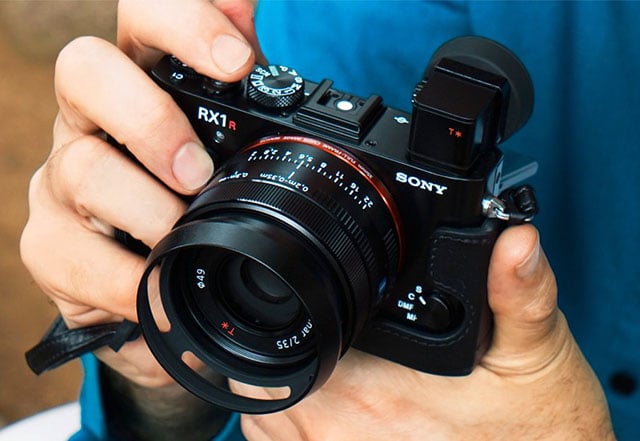 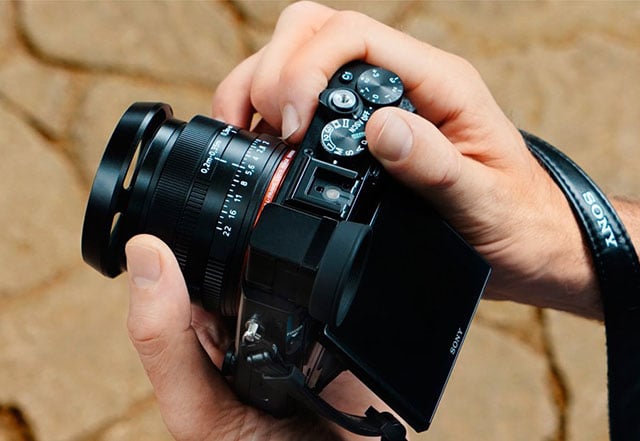 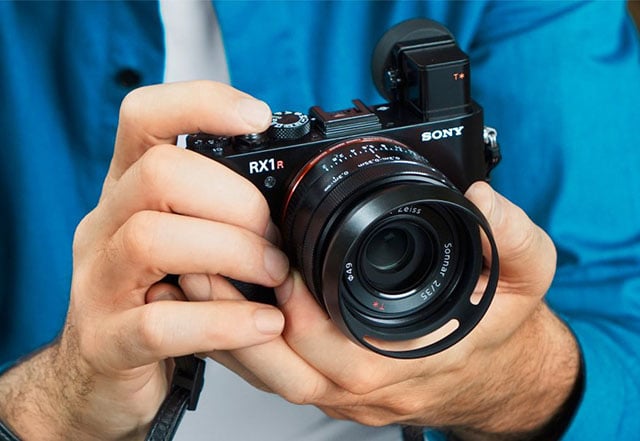 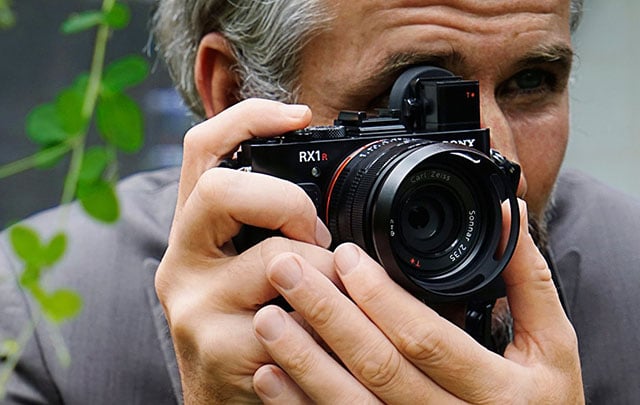 The top of the camera features a 2.4-million-dot XGA OLED electronic viewfinder that pops up and down with a simple push (the RX1R didn’t have an EVF). You can also frame your shots through the 3-inch, 1.2-million-dot LCD screen that can tilt up 109 degrees and down 41 degrees. 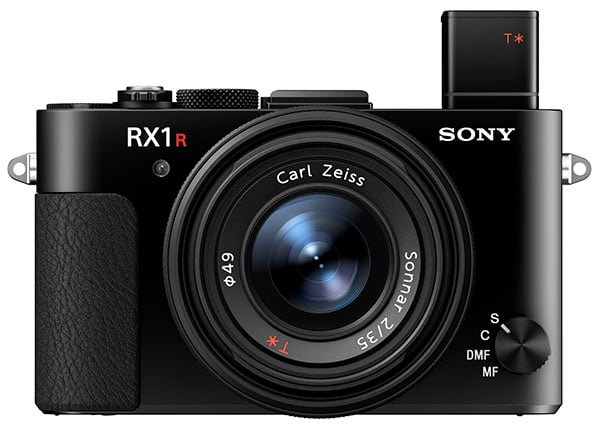 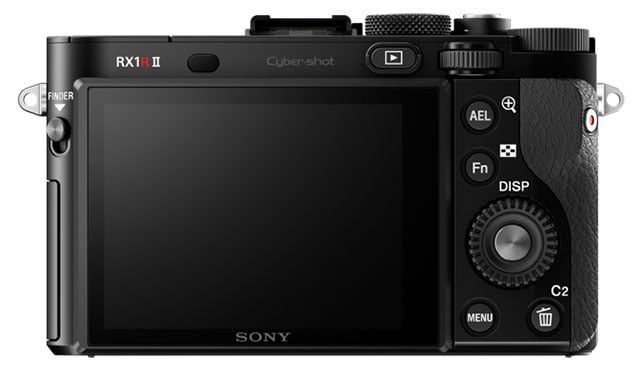 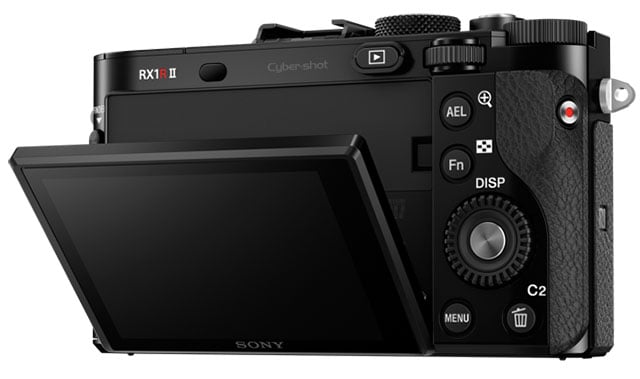 For autofocus, the camera uses a 399 focal-plane phase-detection system that covers 45% of the image area — the world’s widest coverage on a full-frame sensor. Those 399 planes work together with 25 contrast-detection AF points for a speedy AF system that’s 30% faster than the previous RX1R. The speed comes in handy when shooting with the camera’s 5fps with AF tracking. 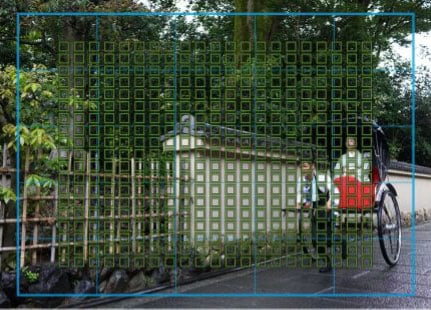 Other specs and features of the RX1R II include uncompressed 14-bit RAW, full HD video recording at 60/30/24fps, and Wi-Fi/NFC wireless connectivity.

Here are some official sample photos captured with the RX1R II:

The new Sony RX1R II may be small in size, but it has a price tag that matches its hefty features and specs list. The camera will be available in November 2015 at the price of $3,300.

A Simple Explanation of How Crop Factor Works

SanDisk is Trying to Get Bought Out, Report Says