The Camera Store TV recently found an original Canon Digital Rebel (AKA 300D/Kiss Digital/DS6041) from 2003 on their hands. Curious about how an entry-level DSLR from 12 years ago compares to cameras released these days, the team decided to do a hands-on field test.


So how much progress have entry-level DSLRs made? As you might expect, the answer is quite a bit.

Image quality at high ISOs is one of the areas in which the original Rebel “gets its butt kicked all over the place,” says host Chris Nichols. Not only is the camera bad at high ISOs, but it barely capable of creating passable images at ISO 100. 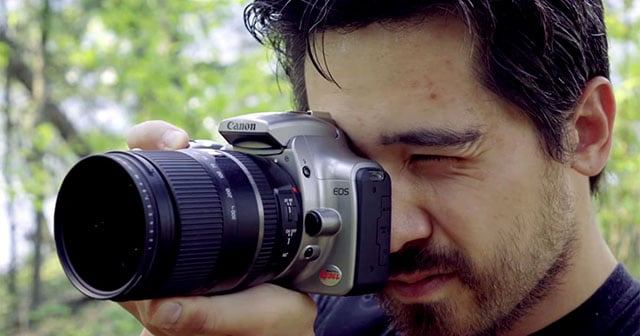 While the general body shape of the camera has mostly remained unchanged — the SLR design is “as good as it’s going to get,” Nichols says — the sensor and feature innovations that have emerged over the years have resulted a powerful cameras that we often “take for granted” these days.

Only when we bring up a DSLR from 12 years ago do we get a clear sense of just how much better everything has gotten.

P.S. Show director Jordan Drake points out that the “Rebel in the pool” at the end of the video was a completely non-functional camera with a non-functional lens, while the camera used in the hands-on was a working camera that is still dry and fine. “Remember that you can fake things in video,” Drake writes.