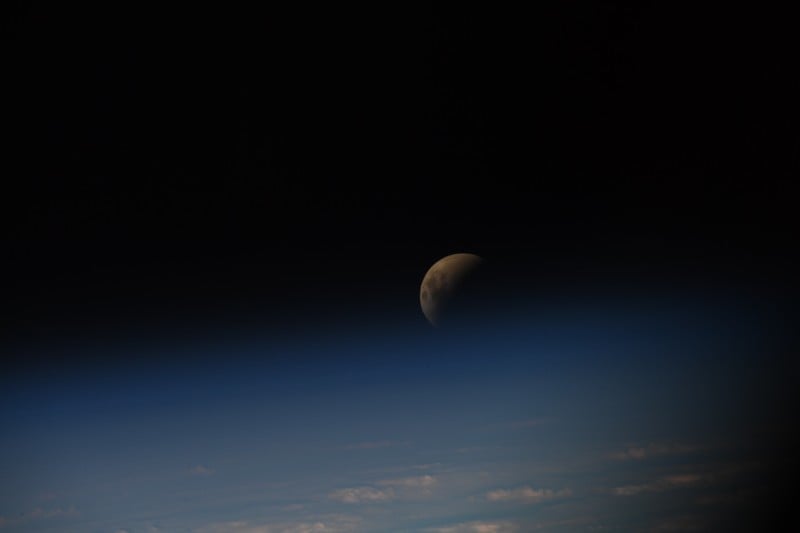 On Monday, large portions of the planet were treated to a total lunar eclipse. And while there were many excellent opportunities to photograph it from Earth, one astronaut shared her photos that were taken from space.

The total lunar eclipse, also referred to as a “Blood Moon” because of the reddish tinge it takes when fully obscured, was visible across four continents and was particularly long-lasting. The totality, which is when the Moon was fully inside of Earth’s shadow, lasted for nearly 85 minutes.

Photographers who missed this particular opportunity to capture the event, another is scheduled to take place on November 8, 2022, and will be visible in parts of the United States and Asia.

Samantha Cristoforetti, an Italian astronaut with the European Space Agency, captured a series of photos of the lunar eclipse from her unique perspective aboard the International Space Station (ISS).

From her unique vantage point over Earth, Cristoforetti was able to capture the eclipse with the Earth below, as seen in the photo above.

She didn’t stop there and took some breathtaking photos of the eclipsed moon with the Earth in the background and the solar panels of the ISS in the foreground. 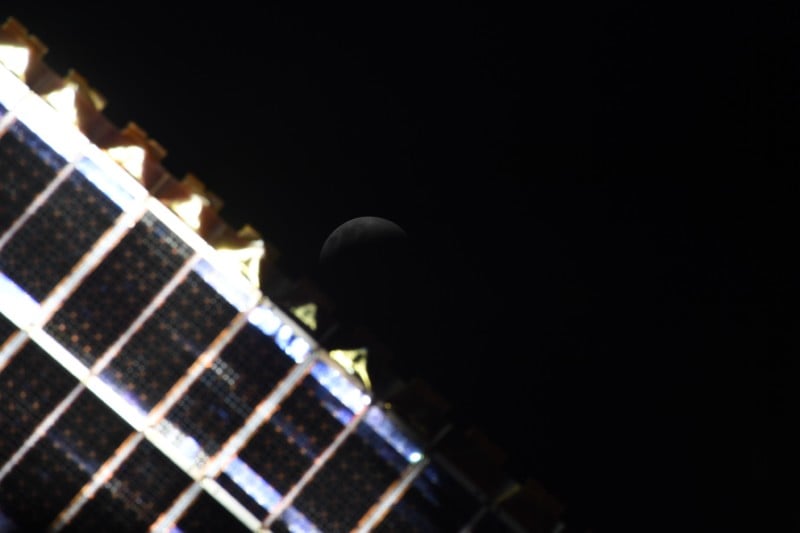 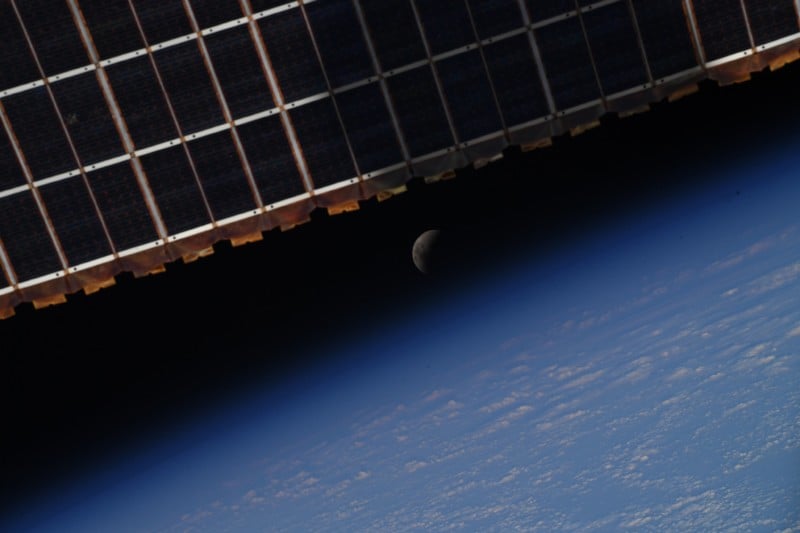 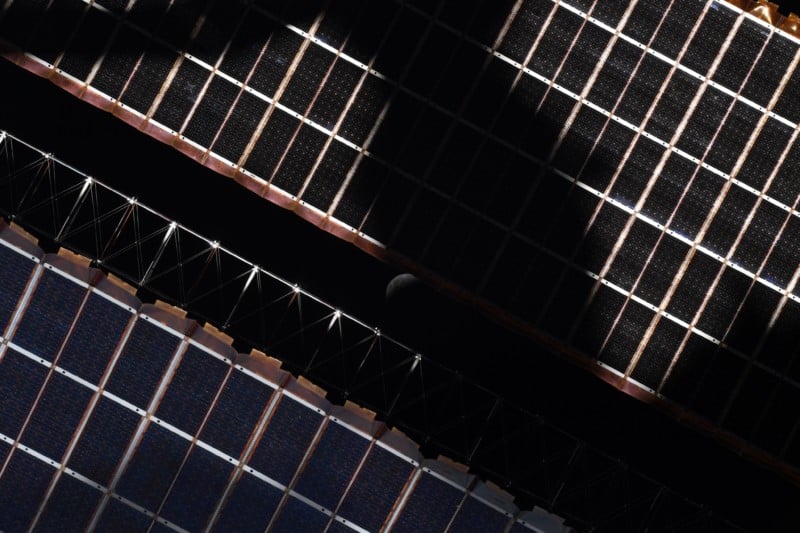 “A partially eclipsed Moon playing hide-and-seek with our solar panel,” she says, describing her photos on Twitter.

Cristoforetti is currently on her second mission to the ISS following a successful 200 days in space from November 23, 2014 through June 11, 2015. She arrived on the orbiting space station on April 27 after lauching from the NASA Kennedy Space Center in a new SpaxX Crew Dragon capsule named Freedom. Cristoforetti and her team, made up of NASA astronauts Bob “Farmer” Hines, Kjell Lindgren, and Jessica Watkins, are on the space station for the ESA’s Minerva Mission.

The ESA explains that on the ISS, Cristoforetti is the USOS lead who is responsible for all activities within the US Orbital Segment for the duration of her mission. This segment includes the United States, European, Japanese, and Canadian modules and components of the Space Station. She and her team will support numerous European and international experiments in orbit.