RYOT co-founder David Darg tells PetaPixel that his team obtained the phones from Apple a few weeks ago. They then set out to tell the story of one citizen in Jalouzi, one of the largest slums in Haiti, who’s on a personal quest to bring a splash of color to life there by literally painting the entire town. 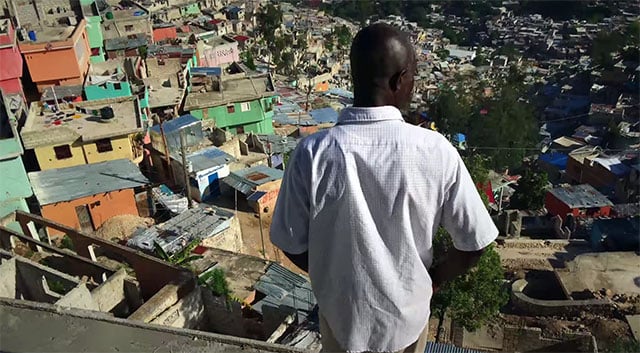 “Believing that color has the power to transform his community, he’s helping to paint everywhere – on houses, on buses, and the entire hillside,” the film’s description says. “Armed with brushes of bright blues, pastel pinks, and sunshine yellows, he’s helping to mobilize citizens of all ages, determined to turn the grey town into a rainbow full of color to lead the way to a brighter Haiti.”

RYOT used the phone inside cases that allowed them to shoot with high-end camera lenses. 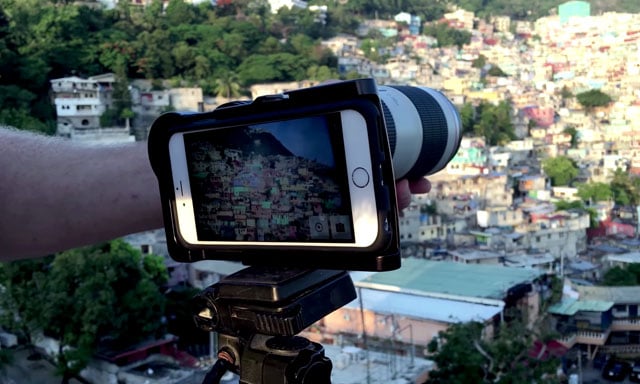 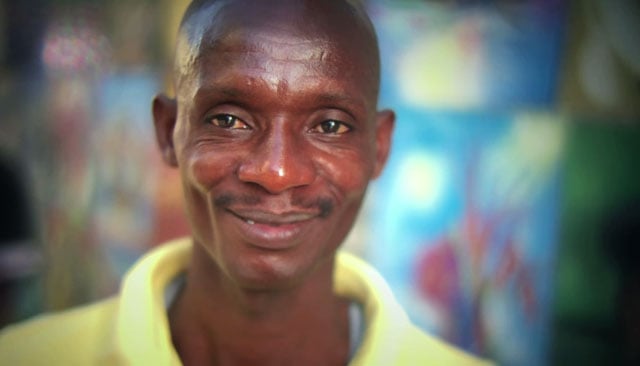 Here’s a behind-the-scenes video showing how the film was made:

“We used some cutting edge filmmaking techniques with this incredible device and learned that you don’t need a professional rig to tell an incredible story,” RYOT says.