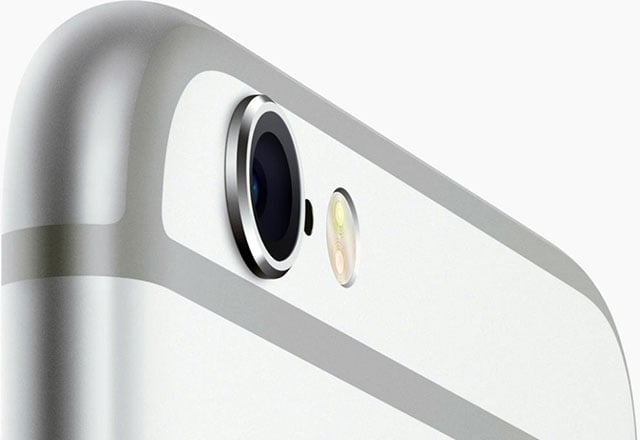 The iPhone may be set for a significant upgrade in the camera department when the next model is announced. It will reportedly shoot higher resolution for both photos and videos.

According to a report published yesterday by 9to5Mac, the iPhone 6S and 6S Plus will feature a revamped camera system that shoots 12 megapixel photos and 4K videos. That’s up from the 8MP photos and 1080p videos of the current iPhone 6.

“Because of an upgraded image signal processor that comes as part of the new A9 system-on-a-chip, the new sensor will not wash out or otherwise decrease the quality of photos,” writes reporter Mark Gurman.

The new iPhones will reportedly be the first from Apple to support 4K, following in the footsteps of the Samsung Galaxy S5, which was released with 4K in 2014. “Apple is likely to highlight 4K as one of the new iPhone’s premier additions for marketing purposes,” says Gurman. In addition to upgrading the rear camera, iPhone selfie shooters will also be getting some upgrades. The report states that although the new phones won’t have a front-facing LED flash unit, selfies will be illuminated by a quick flash of white on the screen when the shutter button is pressed — similar to what OS X does with the Photo Booth app.

Apple will likely announce the new iPhones at an unveiling in San Francisco on September 9th. Stay tuned.

How NOT to Mount a Lens to Your DSLR