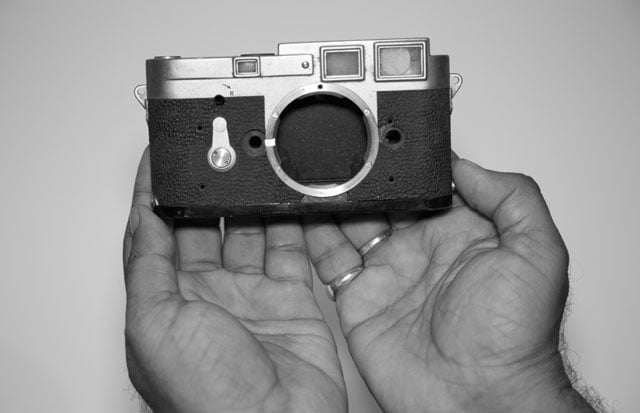 It’s not often that one gets to narrate the story of their birth. Fortunately (or unfortunately) in my case, the story has been told to me and to others around me time and time again. It’s imprinted in memory, much like a photograph, due to its many renditions, and it’s narrated more often whenever my birthday comes around each September. Thankfully, it is not one of those tales that changes and has details added or subtracted to it with every rendition.


I was born 24 years ago, on the 24th of September 1991. Sometime in the wee hours of the 23rd, my father decided that his double stroke Leica M3 needed to be “CLA’d.” The slower shutter speeds “seemed a little tense” as he puts it, “and I suspected the shutter for a leak,” he says.

The camera was fairly used. He had bought it from his mentor in 1988 for a mere 2,000 or so Indian Rupees, about $30 USD by today’s exchange rate. It was a beautiful, alluring and shiny camera kit, complete with two lenses, a beautiful 50mm Summarit f/1.5 and a wonderful 21mm Super Angulon f/4 that he had just bought a year or so earlier. 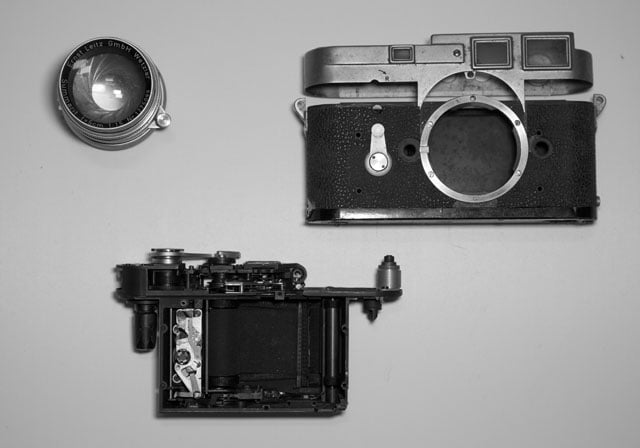 Owning a camera — or even buying a few rolls of film, for that matter — was not very easy at that point in time. The economy had yet not been opened up in India; there were very strict import restrictions and extremely high fees and taxes.

There were mainly three or four ways of getting your hands on a camera. First, you were filthy rich, and had Bolexes, Bell and Howels, Hasselblads or Leicas handed down to you by your fathers or uncles as gifts. Second, you were somewhat well off and could request family living abroad to bring in a camera whenever they visited you next.

Third, you worked in an institution such as a foreign embassy or as photographer with the press and your organization could then afford to buy equipment, and fourth you saved up and bought from the grey market, which comprised of cameras from various sources such as the aforementioned institutions, or cameras that had been smuggled in through Nepal or via Afghanistan or had been sold off in the country by travelers before leaving.

Naturally, the problem of scarcity also extend to camera repairs as well. Camera repairs would either done by a few “expert” repairmen in the Photo-market, which was (and still is) a small 400 odd sq. ft building with at least a couple hundred small shops stocking grey market photographic equipment in the Chandani Chowk area of Old Delhi. Only a handful repairmen had built solid reputations for providing reliable services. The other alternative was to perform the repairs on your own, which my father (and few others) often chose to do, as he was (and still is) fairly technically gifted. 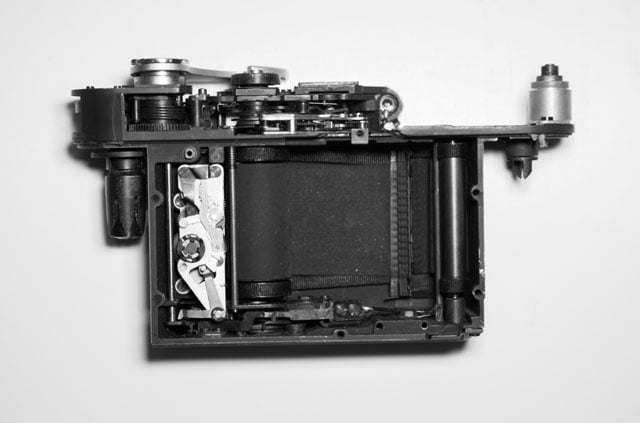 In those early hours of the 24th, as his worry regarding the tense shutter speeds steadily grew, he decided it was best to give the camera a cleaning and adjust the speeds. It was a procedure he was well versed with and had done before on that particular camera and on his the other Leicas. My father suffers from bit of “Leica Love” and has collected 6 over the years: three Leica IIIFs, two M3s, and a Leica CL that he got “just for fun”.

Bit by bit the screws started to come off, the main outer vulcanite covered body shell gave way; the finder, shoe mount and winding lever all came off. 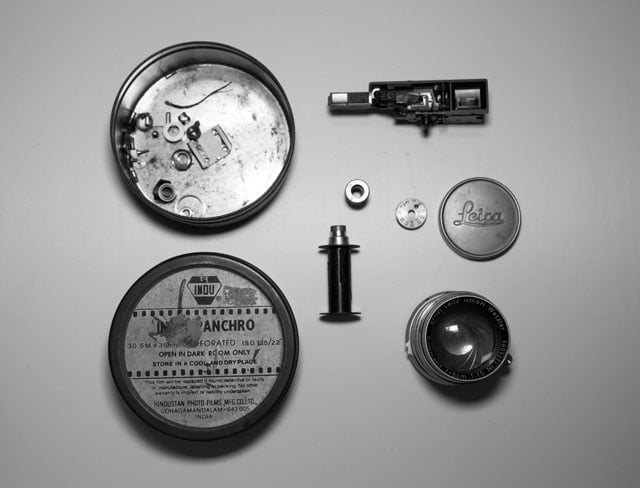 “The M3 is a beautifully and logically made camera. There is no fuss inside,” I’ve heard him repeat many times. “It comes off and goes back together like a beautiful jigsaw puzzle — you can’t put a screw wrong. I’ve never come across anything like it ever again.”

As the camera was reduced to its bare bones, my mother, somewhat bewildered by the “fuss” and bothered about her health, chimed in: “I don’t feel too well. Can we go to the doctor?”

The reply was simple, stern and expected: “Don’t worry too much, the kid isn’t due for another two weeks.”

A few minutes later, as he was just checking the condition of the finder and the cloth shutter, my mother began to scream and howl in pain from labor. My father quickly sought an old film canister to store all the screws in and a plastic envelope from his bank to keep the camera in, to protect it from dust before rushing to the hospital.

A couple of hours later, I was born.

Life, work, and an expanding family ensured that that Leica was never put back together. It still sits in his desk. He just never got back to it.

“Will you ever do it?” I’ve asked him many a times.

“One day, surely,” is the standard reply.

Perhaps the fate of that Leica was sealed in the envelope in which it was kept. It’s appropriately labeled: “Long Term Deposit.”

About the author: Kshitij Nagar is an independent photographer and videographer based in New Delhi, India. He’s also the Editor in Chief of the photography blog Writing Through Light. You can follow him on Twitter at @kshitijnagar.