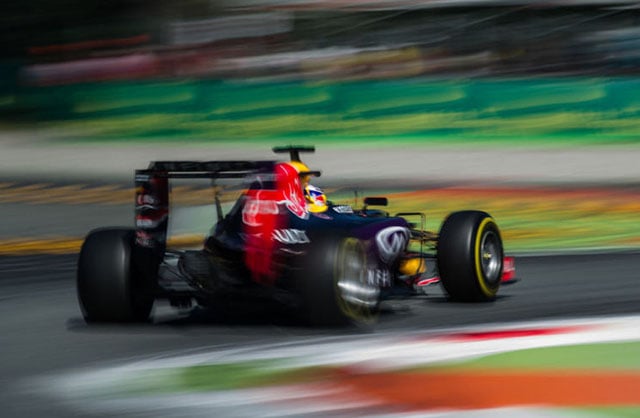 We recently published an interview with motorsport photojournalist Jamey Price, who shared some insights into what it’s like to photograph top events in Formula One racing. Today, we’ll share some behind-the-scenes photos Price sent us that show what multiple days in the life of an F1 photographer looks like.


Price has shot nearly 20 F1 events around the world, and the latest one he covered was the Italian Grand Prix, one of the oldest events on the F1 calendar.

Photographers and the “media circus” usually arrive on the scene a day before to adjust to the time zone and to pick up their single-race press pass (if they’re not credentialed to cover the full season). It has the photographer’s ID on a card that can be swiped electronically.

Once you have your pass, you can pass through electronic turnstile gates and into the media center. Prior to the race, photographers shoot the press conferences with the drivers. That was Thursday of that week. 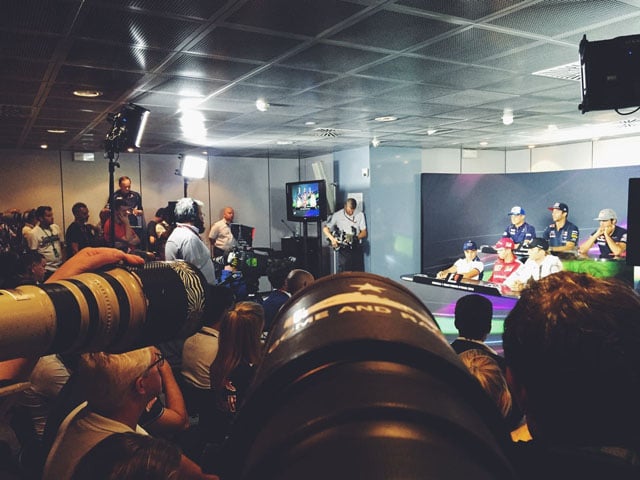 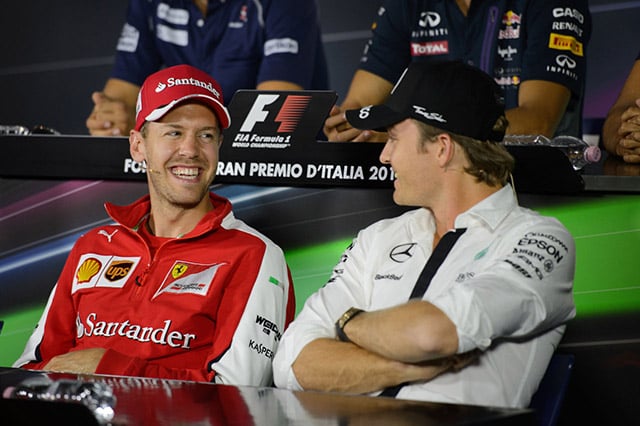 Price says that ​Friday is a long day at any Formula One racing event. Drivers usually arrive two hours before their first session. At this past race, Lewis Hamilton showed up at 8am, and Price and quite a few other photographers were ready with their cameras to capture his arrival: 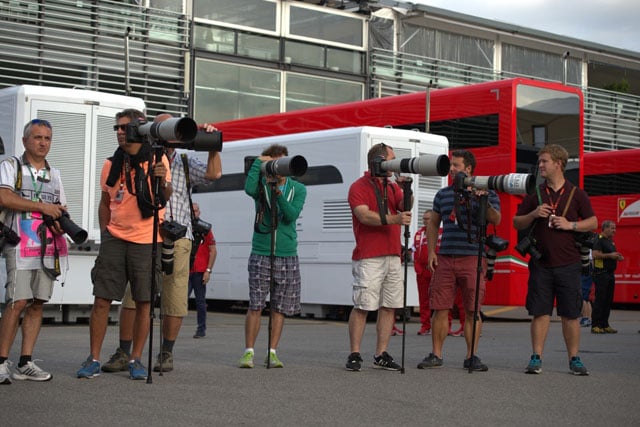 From there, Jamie hauled his 500mm lens over to a portion of the circuit that allowed him to photograph cars as they emerged from shadows: 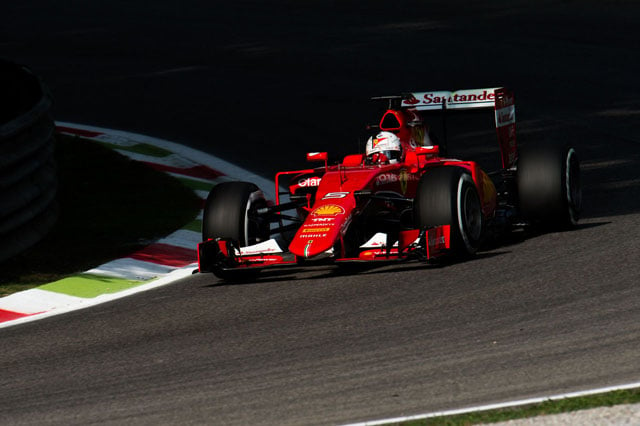 Drivers take breaks and take laps throughout the day, and Jamie photographs the cars from different spots. 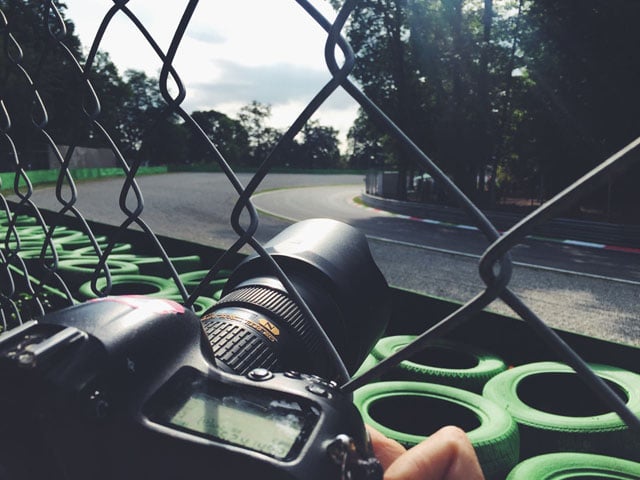 After shooting, photographers make a long trek back to the media center with their gear in tow: That Friday ended up being a 13-hour day of shooting practice laps for Price. On Saturday, Price photographed more sessions and qualifying: 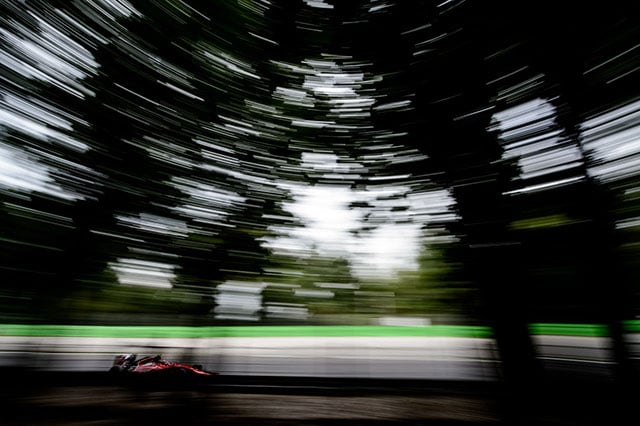 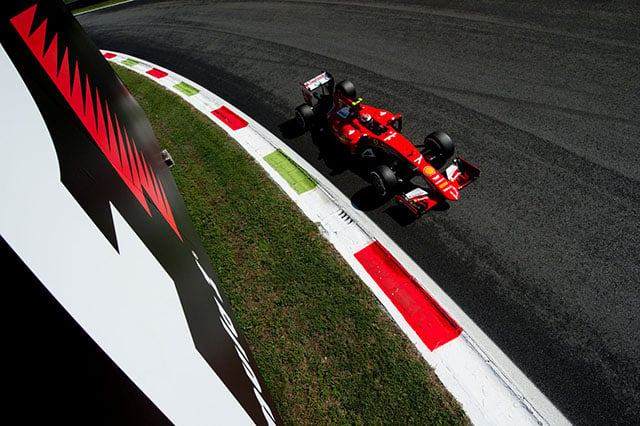 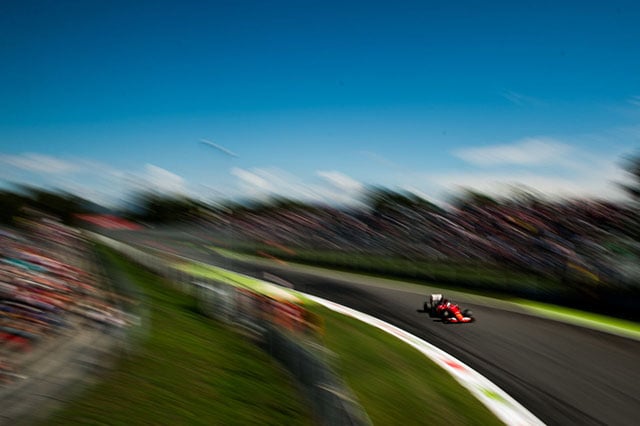 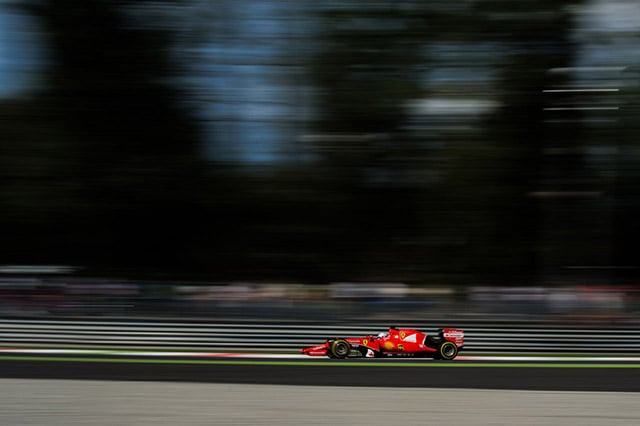 Sunday is race day, and Price carefully comes up with a strategy for covering the event with his 4-person photography team, with each member covering different parts of the track during the race.

The driver’s parade started at 12:30pm, and Price walked around looking for familiar faces to photograph. “Part of the job of being an F1 photographer is knowing who is who,” says Price. After shooting enough races, you develop a good eye for spotting the right people and interactions.

As the race is about to start, Price climbs up into the photographers’ tower, which quickly fills up with other photographers. Price spent most of the race photographing cars as they sped past turn one, where not very much passing happens between the racers. “Those kinds of shots are not glamorous, but they are necessary to have,” says Price.

Near the end of the race, with 10 laps to go, Price descended from the tower and photographed the cars from a place closer to the track. In all, Price and his team shot and transmitted over 1,725 photos from the race. “It’s a lot of work, but covering F1 is an opportunity I never thought I would see,” says Price, “and I can barely believe it when I say that by the end of this season, I will have covered my 20th GP.”

Price has written up a longer account of this event over at Road & Track. You can also find more of his work on his website and on Instagram. Be sure to also check out our recent interview with him if you haven’t given it a read yet.

Image credits: Photographs by Jamey Price and used with permission