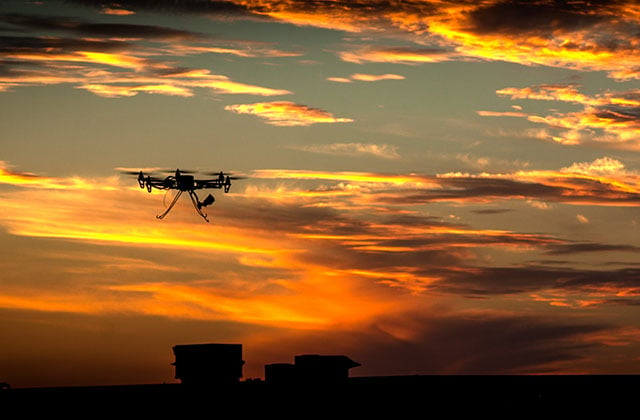 Qualcomm is the driving force behind a number of smartphones with its Snapdragon brand of mobile processors. Soon, however, Qualcomm will be powering quite a bit more. The company has announced their new high-end Snapdragon-powered performance platform aimed at advancing consumer drones.

Snapdragon Flight is a 58x40mm board that is specifically aimed at handling the needs of modern day drones. Based on the Qualcomm Snapdragon 801 processor, the board adds a number of development tools focused on “bringing cutting-edge mobile technologies to create a new class of consumer drones.” The Snapdragon Flight platform will provide real-time flight controls, along with built-in Wi-Fi, Bluetooth, and GPS connectivity. The Qualcomm system will be able to support high-resolution 4K video footage as well as simultaneous 720p encoding for first person viewing. A vast array of sensors are also supported, including inertial measurement units, barometers, and optic flow cameras.

“Drones are enabling a broad range of applications such as aerial photography, the ultimate selfie accessory and sports filming, so the ability to shoot in 4K is a must-have feature,” says Senior Vice President of Product Management Raj Talluri.

“Qualcomm Technologies is already a leader in bringing 4K video capture to consumers having over 500 device designs powered by Qualcomm Snapdragon processors with 4K UltraHD video capability, allied with the highly integrated SoC, so it’s natural for us to support the same technologies in the consumer drone space.”

Batteries are also a current focus for drones, as they tend to die quickly and take a while to recharge. Qualcomm’s integrated Quick Charge technology will support extremely faster battery charging between flights. Exact times depend on the attached battery’s capacity.

The Snapdragon Flight is available today for select manufacturers. Consumer and professional drone company Yuneec will be one of the first companies to take advantage of the technology with a planned drone release sometime in 2016.

(via Qualcomm via Engadget)