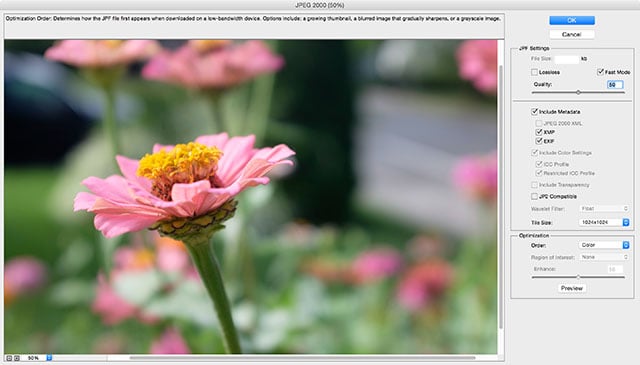 At the turn of the century, the Joint Photographic Experts Group created what they considered to be the next generation of JPEG image compression. Suitably named JPEG 2000, the standard promised better compression performance with improved image quality. However, despite the standard being released fifteen years ago, why do most photographers only glance over the option when saving in Photoshop? Today, we explore the advantages and disadvantages of a file format that already seems to have become a footnote in history.

JPEG 2000 is a much better image solution than the original JPEG file format. Using a sophisticated encoding method, JPEG 2000 files can compress files with less loss of, what we might consider, visual performance. In addition, the file format is less likely to be affected by ‘bit errors’ and other file system errors due to its more efficient coding structure.

Those who choose to save their files in the JPEG 2000 standard can also choose between utilizing compression or saving the file as lossless to retain original detail. A higher dynamic range is also supported by the format with no limit of an image’s bit depth. Together, these abilities created a much better alternative than the original JPEG solution.

So, the question remains: why does no one seem to use JPEG 2000? The answer itself is a bit complicated and we may never be able to provide a definitive response. However, there are a few aspects that may have contributed to JPEG 2000’s almost non-existent adoption.

JPEG 2000 was an entirely different format based on new code; this means that the format was not backward compatible. Those who wanted to support JPEG 2000 would have to code in the new standard while also supporting the original. Besides, handling JPEG 2000 files is much more complex and requires machines with more memory to process. While this may not be as much of a limiting factor today, but back in 2000, when an average computer included around 64 MB of memory, it was a bit more problematic.

Also, JPEG 2000 presented a chicken or the egg dilemma. Camera manufacturers and websites weren’t ready to accept the format until it was widely adopted; however, consumers weren’t ready until the format was widely available. With little progress on each side, JPEG 2000 was at a standstill. To this day, popular photo-sharing sites such as Flickr and 500px have yet to support the newer image format. 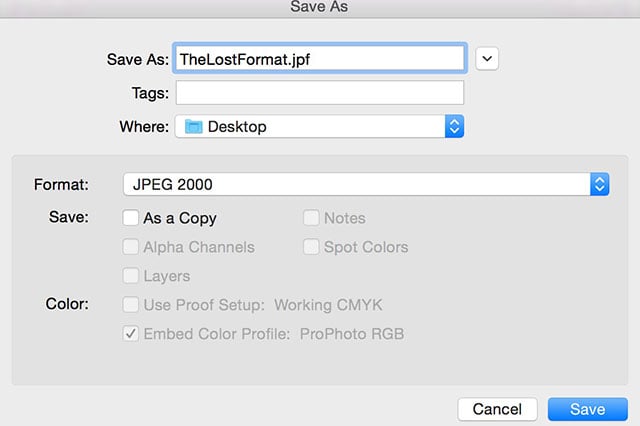 JPEG 2000 is a fine alternative to using the original solution released in the early 1990s, but choosing to utilize it can bring about a world of incompatibility. For now, JPEG 2000 is a file format hanging by a thread, but who knows, maybe a future imaging revolution will change that idea.

Technical details: All comparison images were exported in either JPEG or JPEG2000 at 50% compression. The two images were then placed side by side, magnified, and saved as a PNG file with minimal compression.

The Card Board: A Stop-Motion Short Made with Four Days of Photos

What People Look Like Online Versus in Real Life