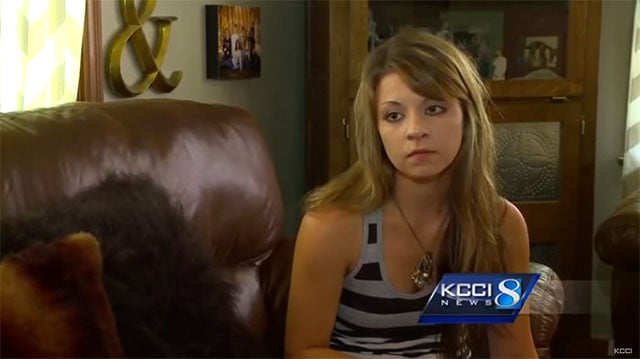 An Iowa photographer recently learned an extremely painful lesson about the importance of backing up images in multiple places after photo shoots. Someone broke into her car and made off with thousands of dollars in equipment, including 6 memory cards containing thousands of photos from over 20 wedding, family, and newborn shoots.

Des Moines’ KCCI8 reports that Haleigh Wehr of Carroll, Iowa, woke up last Thursday to find that a thief had ransacked her car. Among the lost possessions were two laptops, her wallet, and 6 memory cards.

Those cards contained thousands of photos from 20+ shoots for over a dozen families. Wehr had to call each of her clients and inform them of what had happened to their photos.

“Everybody’s been understanding, which makes me really sad, because I can’t do anything about it,” the photographer tells KCCI8. “There’s nothing I can do to make it better for people.”

There’s currently a $5,000 reward for information leading to the arrest of the photo thief. Earlier this year, volunteer photographer Faith Massey convinced a thief to return her memory card and photos after her car had been broken into. Hopefully the same thing will happen to Wehr so that her clients will get their precious memories back.

The takeaway from all this: back up your photos immediately after photo shoots, in multiple places and in different physical locations as well. Losing a client’s photos to something like a fire or burglary is any photographer’s worst nightmare.