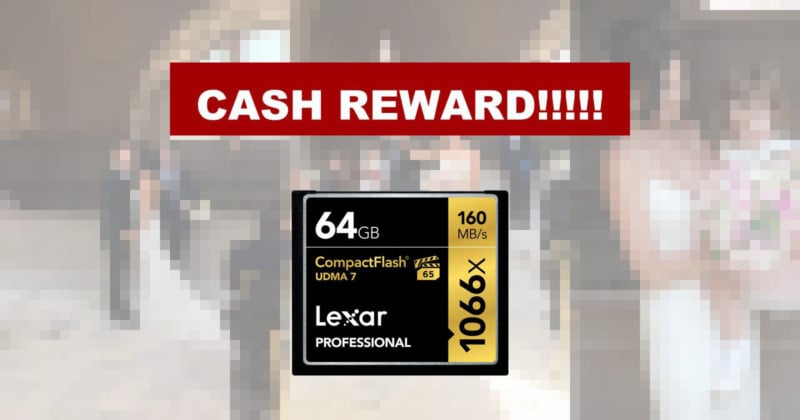 A photographer in San Francisco is offering a $1,000 cash reward with no questions asked for the return of stolen memory cards containing irreplaceable wedding photos. The cards were taken from her car a week ago by a thief who also made off with $15,000 in camera equipment.

The San Francisco Chronicle reports that wedding photographer Amanda Tung had finished shooting an intimate wedding at San Francisco City Hall on July 17th, 2017, when she and her assistant stopped at a playground in Presidio Park to use the bathroom.

When they returned to the car 10 minutes later at around 6:30 pm, they found a window smashed and the car looted. $15,000 in gear was gone, but it was the missing photos that hurt the most.

“I felt like the blood drained from my body — I froze,” Tung tells the SF Chronicle. “Right away, I thought, ‘Oh no, the memory cards.’ Equipment, we can replace all that, it’s just stuff. But that’s someone’s memories … it just broke my heart.”

The photographers then spent the following hours and days searching nearby trash cans, bushes, dumpsters, eBay, Craigslist, and flea markets in hopes that the thief dumped the cards. No luck.

Tung has since decided to offer a $1,000 cash reward for the memory cards back, printing flyers with the offer to post in and around the park. 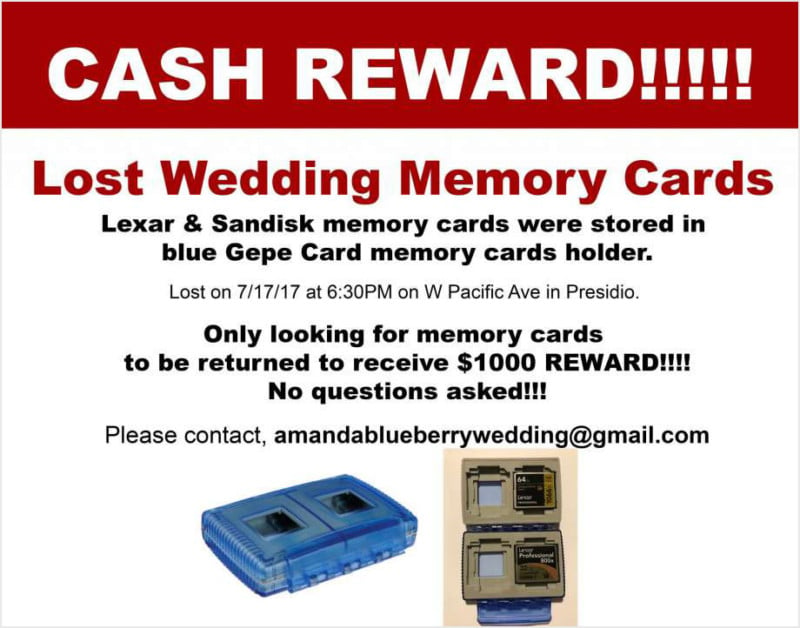 The photographer is also offering the couple a free reshoot — including a hotel room, the wedding dress, makeup, and flowers — to recreate some of the photos made that wedding day. But Tung and the newlywed couple are still desperately hoping that somehow the priceless wedding day photos will find their way back.