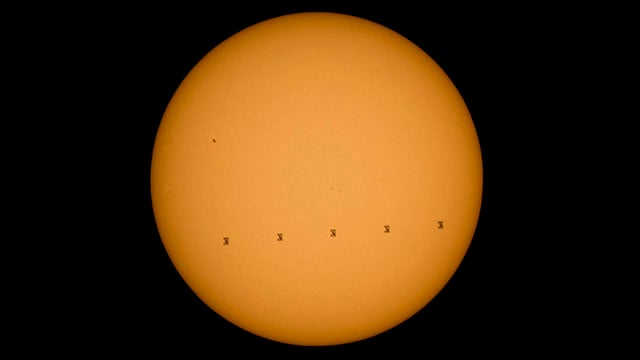 The composite photo above shows the International Space Station zipping across the face of the Sun on September 6th, 2015. Traveling at 5 miles per second and carrying 9 crew members, the Space Station appears as nearly a tiny silhouette in the transit.

The image uses 5 quickly captured shots by NASA photographer Bill Ingalls, who had his camera set up at Shenandoah National Park in Front Royal, Virginia.

Here’s a closer crop of the image: 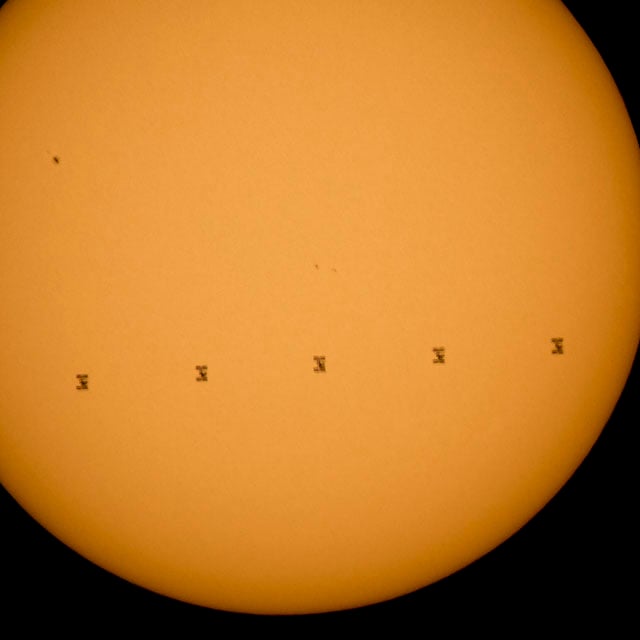 Back on Sunday, August 2nd, 2015, Ingalls captured a similar shot showing an ISS transit of the moon from Woodford, Virginia: 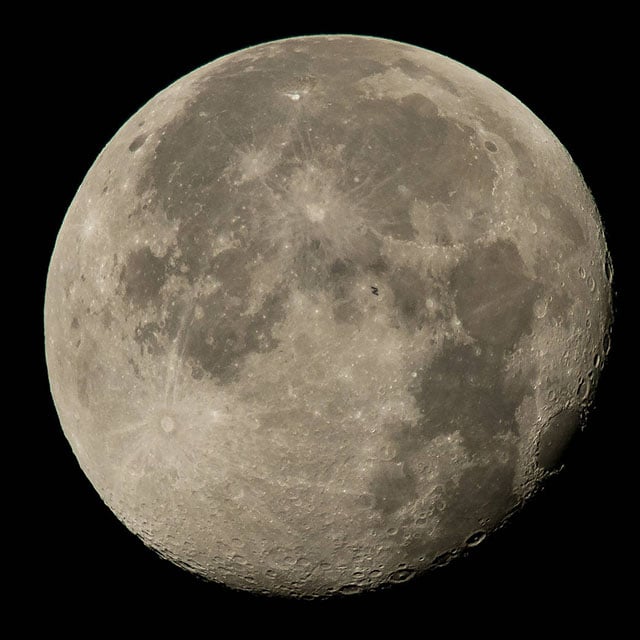 Camerawoman Fired After She Tripped Refugees and Kicked Children

Why You Shouldn’t Use a Selfie Stick While Driving