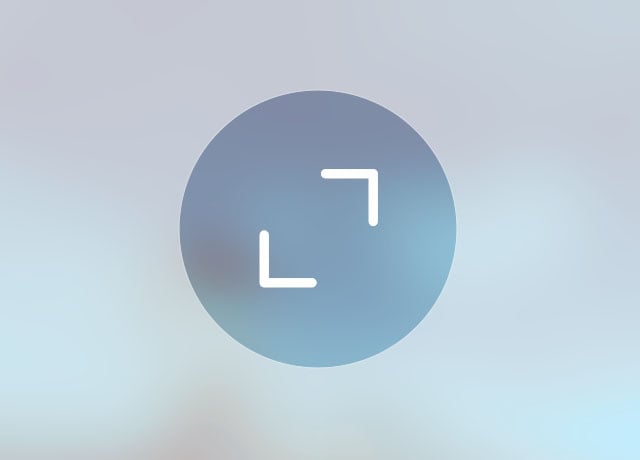 Instagram cracked the restrictive barriers of its iconic square format yesterday, announcing to the world that it intends to remain the dominant platform of the visual content world. Initially created so that the every picture could be seen full screen on any device and any orientation, the square frame also incidentally made reference to the Polaroid format, adding another touch of the nostalgia that made Instagram so popular. So why change it?

Numbers speak: 1 in 5 images posted on the photo sharing platform had whitespace around it because the image was captured with another app that didn’t have these restrictions. That’s 14 million whitespaces a day — not a stat Instagram could boast about. While the company would have probably loved to be the only app people used to shoot and share photos and videos, its own success has triggered such an onslaught of other photo apps that it impossible to lock the market. Those other apps, currently estimated in the tens of thousands available in the app store, offer the typical horizontal and vertical framing people have been accustomed to from their cameras.

Instagram could have probably continued the way it was if it weren’t for videos and its competition. 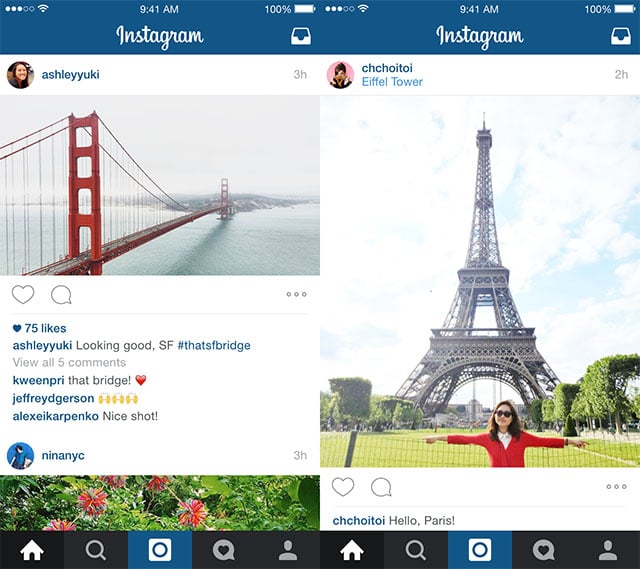 As the little sister of Facebook, the photo-sharing app has to go along the direction of its bigger, older sibling. Video traffic is exploding on Facebook (more than 4 billion video views each day) and Instagram needs to be part of the party. The issue is that while stills can easily be reformatted from a rectangular format to a square one, it is much harder for a video.

Think of it as a succession of stills, with the main subject not always in the middle of the frame. Each and every frame needs to be checked for proper composition and even so, the result can be awful. A horrific user experience.

In other words, unless filmed using Instagram, adding a video was an exercise in frustrating disappointment. If you are then trying to sell it to advertisers, you are looking at a complete failure. While some might be happy to create a native experience using the Instagram app, most execute a multi-platform strategy, using the same video for various medium. That ad they filmed for a 30 second TV spot should fit in everywhere with little to no editing. The square format was not welcoming.

The unstoppable rise of the vertical videos

Faced with Snapchat’s expansion, Instagram also has to make sure it doesn’t leave any exit doors open. The ephemeral app has been very vocal on how it not only accepts but demands the vertical video framing from advertisers (ads are viewed to the end nine times more frequently than horizontal ones).

While certainly not the most elegant way to display a video, the vertical framing has gained popularity because of millions of users holding their phones vertically when filming and watching. Snapchat wants advertisers to capitalize on the authentic feel it offers. Instagram could not be left out and accepting the rectangular format will allow it to repurpose Snapchat-made videos ads or create their own.

But Snapchat is not the only reason. In a recent New York Times article, Jon Steinberg, the chief executive of The Daily Mail’s North American operations was quoted as saying: “We’re working to get to 100 percent of our videos vertical. We find the engagement much higher. Users are more satisfied, and there’s a higher completion rate on them.”

Obviously, it doesn’t hurt if, besides videos, photos can also be displayed full rectangular whether vertical or horizontal. After all, no one has a square display on their phones, and using the full real estate of the screen is a welcome addition. It is also beneficial for the more creative advertisers who would like to use the entire available frame offered by professional cameras.

For Instagram, breaking the box frame, as we see, was a requirement to guarantee its continued relevance in a rapidly changing environment. While it probably had its users best interest in mind, what certainly tip the balance was its growing number of advertisers and the rising popularity of vertical videos.