If you’re Maroon 5 or the like, you get to commission photo shoots for your album covers and boost Terry Richardson’s bankroll.

Smaller-scale musicians need to DIY it, however, and now music-sharing service SoundCloud has made it easy by partnering with Instagram.


The new service lets SoundCloud users quickly select an image from your Instagram feed to serve as the cover image for any song or playlist they create and share via the service. 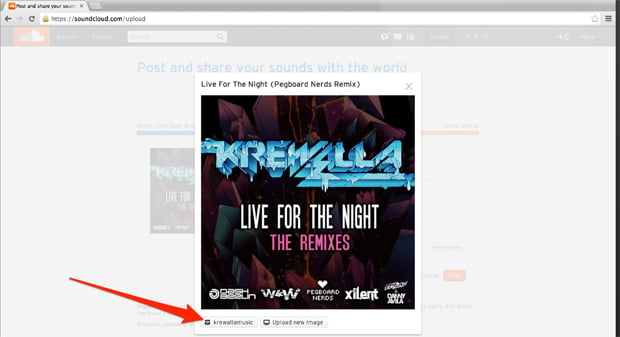 SoundCloud noted a natural affinity between the two services in that album/CD covers are square, which also happens to Instagram’s required presentation format.

Ljung also suggested the partnership could work both ways, envisioning a system that would allow Instagram users to append SoundCloud tunes as soundtracks for video clips they share.

(via Soundcloud via TechCrunch)