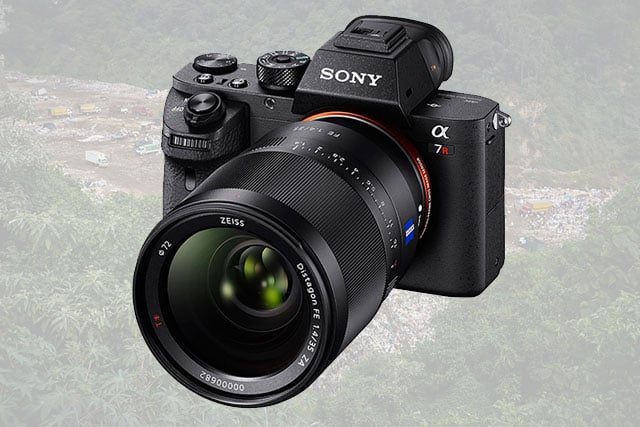 The 42MP Sony a7R II has got to be one of the most anticipated camera systems in the history of cameras, and for good reason.

As I slowly began to dabble in videography myself and watched how much it helped build my name and brand, I came to the inevitable conclusion that the future of my career was going to depend on my ability to not just grow my photography, but also to branch out and learn as much as I could about motion pictures.

And that’s where the a7R II looked interesting. It promised both inside a single affordable body — the perfect hybrid system capable of doing both high end stills and video.

At least that’s what I hoped it would do when I clicked the Buy button.

I received the shipping confirmation of my brand new a7R II from B&H just one day before my trip to Guatemala. I was embarking on a little journey to do some non-profit work for an organization called the MedSurplus Alliance. Though my project was purely video, it was a relief to not need to bring a separate DSLR stills kit “just in case”.

A 42.4 megapixel sensor with 14 stops of dynamic range combined with internal 4K capable of shooting S-Log2 at ISO 800… On paper, it sounded like I would be ready for just about anything.

For the first five days of shooting, everything went as expected and the a7R II didn’t disappoint.

With amazing image quality and dynamic range in S-Log2 with 5-axis image stabilization, my shaky hand-held shots looked awesome. The 4K lived up to its hype, looking ridiculously awesome, at the expense of more noise beginning around ISO 6400 (still usable) and overheating during longer interview clips. Similarly, AF tracking performed as advertised albeit in bright daylight, though dropped to near-useless when we went indoors. All-in-all, losing out to the A7s in low light performance but beating it at almost everything else.

On the 6th day, we found ourselves in the beautiful city of Antigua with an extra day to spare and nothing to shoot — a perfect opportunity to capture some stills and put my 42 megapixels to the test.

Rather than capture a sunset, go zip-lining or journey on a dirt-bike excursion, we opted to finding a guide that could take us safely through the streets of Guatemala and show us one of the growing crisis they faced: the thriving landfill economy where thousands of adults and children pay for the privilege to pick through garbage.

We were warned to travel light, bringing only the minimum to minimize the danger of theft and violence. Our guide also warned us that we were not allowed anywhere close to the dump itself, as we would face the danger of being swallowed up by the unstable ground of the landfill itself — a fate that the locals face on a regular basis.

With that in mind, I opted to bring the longest lens I had with me: Sony’s massive 28-135mm f/4. Though not as long as I would have hoped for, I figured that this would be the perfect opportunity to leverage the 42 megapixels that the camera had to offer and to visualize up-close the suffering the locals were going through just to survive. 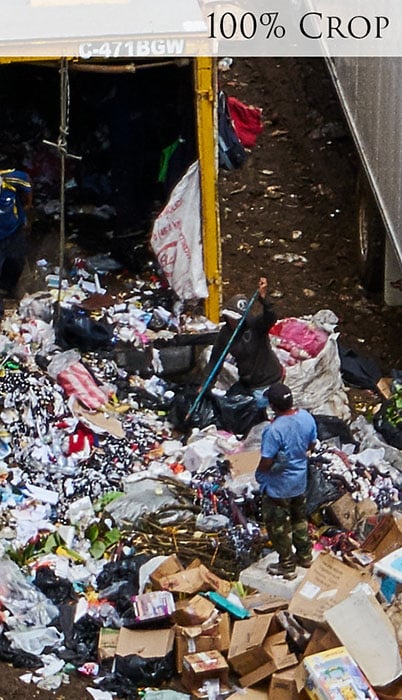 To my great disappointment though, after pulling my shots into the computer, I discovered that despite the resolution of the files, they just looked smudgy — something (as I’ve since discovered) that only seems to happen with my 28-135mm, especially when zoomed in, focusing at hyperfocal. I’ll have to get the lens checked out.

As far as cameras go, the a7R II was miles ahead of that of the a7R. Focus speed, start-up time, shutter lag and buffer and low ISO performance were light-years ahead of its predecessor.

When compared with a DSLR, the a7R II still feels sluggish on the autofocus side of things, especially in low light situations making it behave more like a 5D Mark II than a D810. The shutter lag present in every single EVF system yet created, whilst greatly reduced compared to the A7r, is still present enough to not recommend it for shooting sports or high action situations, even with its 4D tracking abilities.

While a slight handicap for those thinking of jumping to the EVF systems, it is obvious that this camera was designed for the high megapixel count portrait, studio, fashion, and landscape shooters. Sony’s choice to focus on the lighter f/4 zoom lenses as opposed to the f/2.8 complimented by wider primes points to that. Add to that the possibility of getting manual cheap cine Rokinons or the sharper and more expensive Zeiss, and suddenly you have what the world’s been crying for: a perfect hybrid.

Unfortunately for those in the dump, few cry for them as they fight desperately for survival. $3 a day is what the average worker earns and although 20+ non-profits surround the area and try to bring help and care to those afflicted, there is little hope of escape for those scavenging the dumps and living in worm and rat-infested settlements within smelling distance of the dump.

I couldn’t help but ask my guide a dumb, but obvious, question: “Is there a solution?”

As he replied, I stared off into the abyss from my perch at the National Guatemalan Cemetery. In growing horror, I slowly realized that what I was looking at wasn’t “just a landfill” that could be closed, cleaned, removed, or healed… but a full on micro-economy that was providing thousands of jobs and feeding tens of thousands of families.

“There is no solution.” he told me. “But maybe you can offer them a meal that doesn’t come from the dump. When people are starving, they don’t care about education – they care about food.” 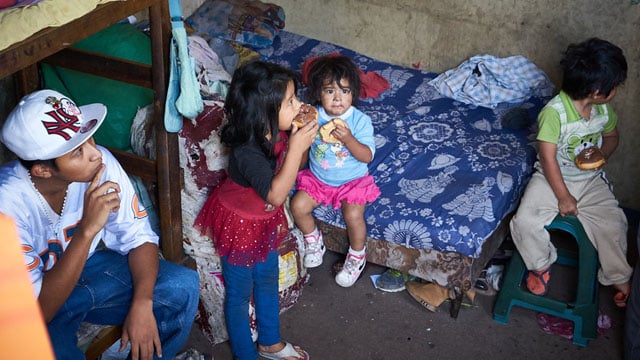 And so on our way back home, we did just that. Stopped by a local baker, bought a dozen donuts and a 2.5 liter bottle of Coca Cola and gave it to one of the families in one of the shelters.

“You’ll never know if they make it until tomorrow, but at least you gave them a moment of happiness. And in times like these, those little moments are all they have to hold on to.”

Those were his parting words to us as we bid him goodbye to resume our privileged life. Free to travel the world, and do expensive camera reviews for other privileged individuals that at least have the luxury to dream of one day buying one for themselves.

I never planned on making a review out of these images. The thought only occurred to me after I sat down in the safety of my home browsing the shots, staring at 42 megapixels of garbage (literally).

I messaged our guide and asked him where he recommended we donate if we wanted to help. He recommended Buckets of Rain, an organization that helps the underprivileged grow their own garden. The hope being that if you can provide people with a way to survive by teaching them how to feed themselves, then maybe they would feel less compelled to go to the dump in the first place.

If you’ve reached this far only to realize you don’t have enough to buy the brand new a7R II, please consider making a donation. 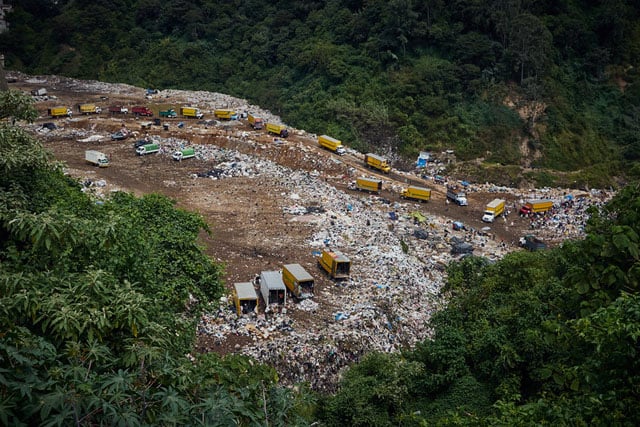 About the author: Benjamin Von Wong is a photographer based out of Montreal, Canada. Visit his website here. This article was also published here.