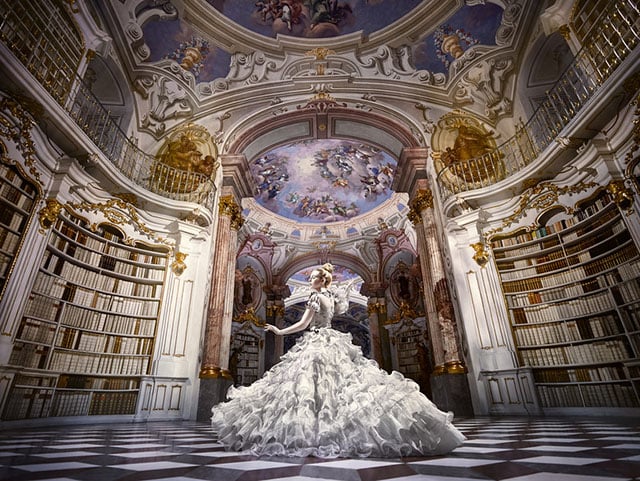 The Admont Abbey in Austria is one of the oldest monasteries in the world, and inside is the largest monastic library in the world. The grand library hall was built back in 1776 and contains roughly 70,000 books. 48 windows fill the chamber with gorgeous natural lighting.

Photographer Benjamin Von Wong was recently given access to the historic building and used the opportunity to do the first creative photo shoot ever held there.

Walking into the library was like “entering Disney’s Beauty and the Beast library,” says Von Wong. Here’s what the Admont Abbey library looks like: 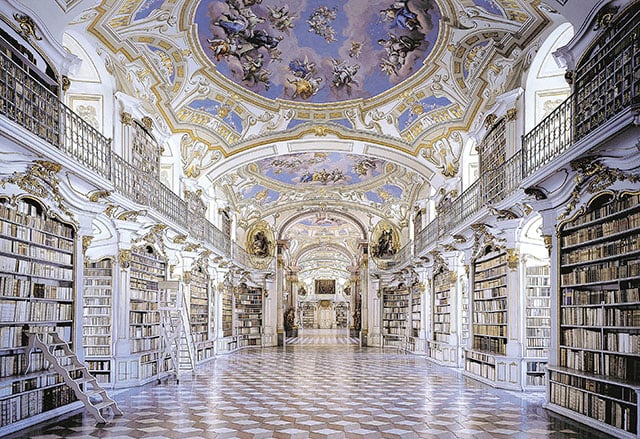 …and here’s the giant library that was in Disney’s Beauty and the Beast: 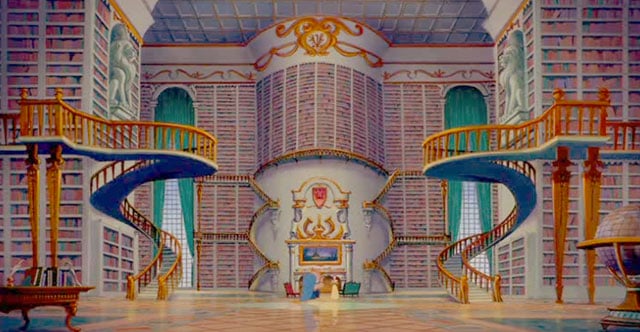 Von Wong had previously searched out similar buildings across the world, only to be met by rejected requests and “exorbitant” rates. Thus, he was overjoyed when Admont welcomed him and his crew into their library, which is sometimes referred to as an “eighth wonder of the world.”

The team was only given access after hours, so they had to use numerous lights to try and reconstruct the daytime lighting as naturally as possible. They used a series of smaller speedlights to illuminate various arches and ceilings in the background, and larger lights to illuminate the model in the foreground. 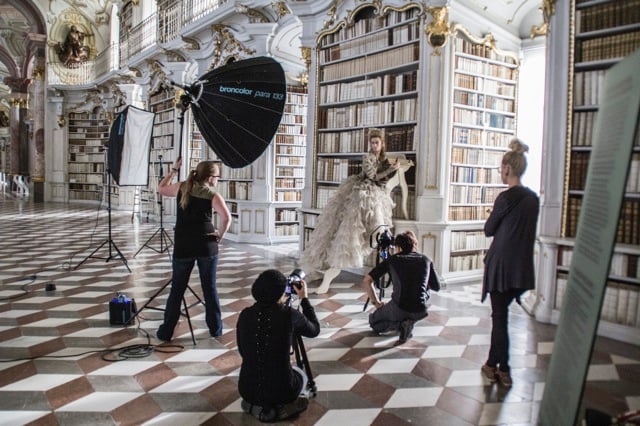 Once everything was ready, Von Wong spent “a few priceless hours” photographing model Jen Brook using a Mamiya 645DF, Leaf Credo 80MP digital back, and Schneider 28mm LS f/4.5 lens. A model hid underneath the dress to give it more volume: 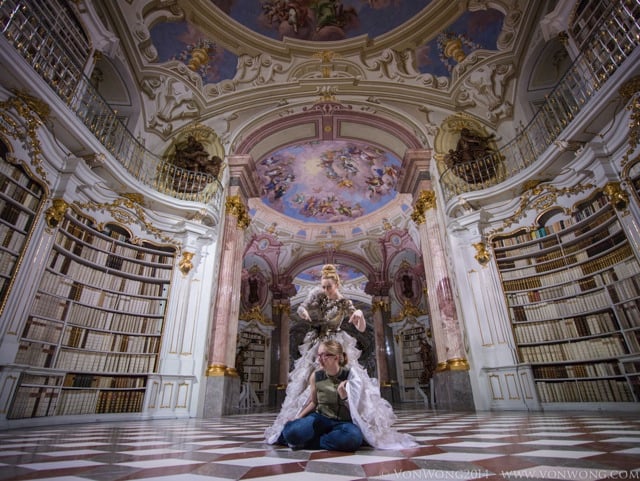 Here are the shots that resulted: 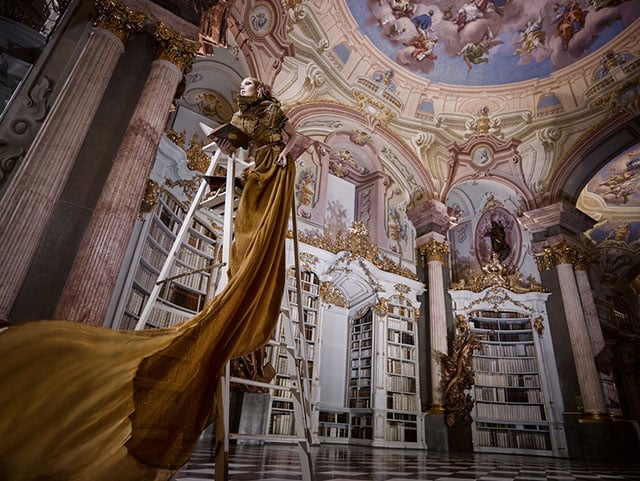 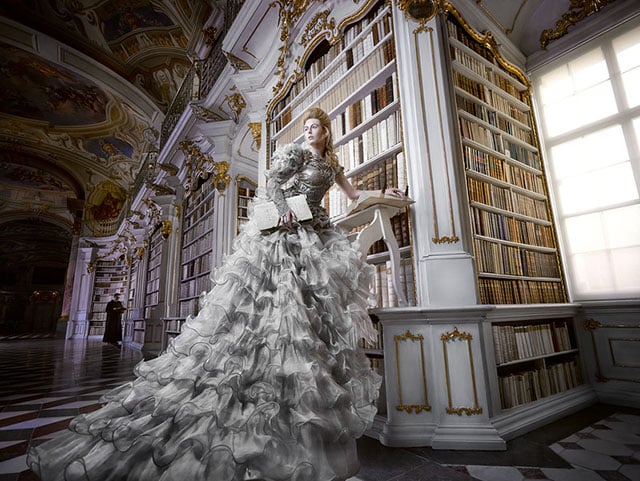 Von Wong has also written up some behind-the-scenes details over on his blog if you’d like a closer look.

Nikon: We’re Looking Into the ‘Unnatural’ Flare Issue Being Reported by D750 Owners