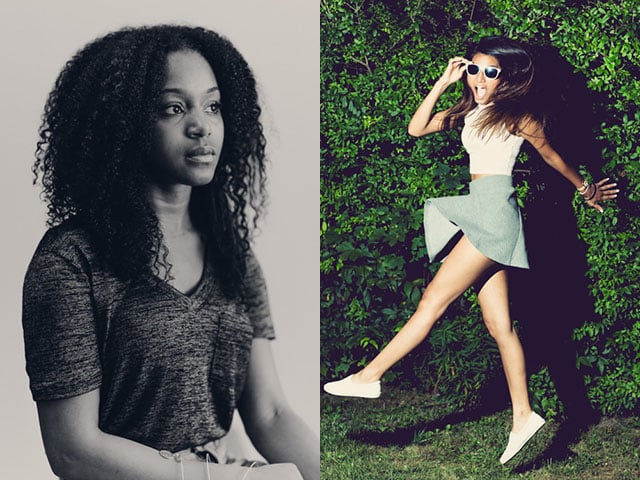 As a junior in high school in 1997, when I was deciding which path I wanted to go down, fine arts or photography, things were pretty simple. Did I want to express myself with a camera or a pencil? Inspired by masters like Annie Leibovitz and David LaChapelle, I opted for the camera.

All I wanted to do was create beautiful images for a living. By signing up for a degree in fine art photography, little did I know what lay ahead for me.


My path to disenchantment with the art world started with my first art history course at Ohio State University in 2000. The lecturer was verbally dissecting a renaissance painting, talking about the hidden triangles in it that helped moved the viewer’s eye through the piece. I thought they were full of s**t, and I struggled to stay awake.

The nail in the proverbial coffin for me was when I took an advanced black-and-white photography course and was introduced to the world of conceptual photography. Photography was, in fact, not about the act of taking pictures. The camera was merely a vessel used to document the act of performance or art creation.

I was as confused as I was angry. We learned to defend our motives, during critiques. “It means whatever the viewer wants it to mean” was a phrase uttered more than a few times. We learned to snicker at the fools that were taking the class simply as a means to prepare them for launching their senior portrait business. Photos weren’t “pretty” or “cool”. They either succeeded at communicating a concept (preferably politically charged), or they failed. Complexity and obscurity was lauded.

When I finally graduated in 2005, I was ready to quit working in the service industry and launch my career as a fine art photographer. I would never shoot a wedding or a baby or a senior portrait. That was a job for the uneducated. For the amateur. The Sunday “painter.” I quickly launched a website of my work and I waited. And waited. And picked up more shifts at Starbucks to cover my new student bills.

By the end of that year I had already shot two weddings and realized that they weren’t as bad as I had imagined. In fact, I enjoyed how much creative freedom the couples were giving me. They actually liked when I would bring my own ideas to the table and push the boundaries, creatively. And since Columbus didn’t exactly have a slew of photography studios lining up to hire me, it was either more weddings or more Frappuccinos.

It’s now been more than 10 years since I graduated OSU and 8 since I launched my business and only now am I at a place where I can have a healthy perspective on the whole education and business process, that helped make me who I am today.

I can look back at my fine art photography background and appreciate the history and conceptual elements that were taught to me. I feel as though they now give me a one-up on a photographer that was simply trained in the technical side of photography. But I also learned to not be so hard and fast with rules for myself. Yes, concept is important, but not any more important than creating something that exists just to be beautiful.

Which leads me to my latest project. It’s one not of political bent nor one great in conceptual complexity. I am creating 100 portraits in 100 days. The only rule is that I can’t work ahead. Everyday I shoot a new portrait, edit it and post it. Occasionally there is a brief explanation accompanying the image.

Every day the project reminds me of why I got into photography in the first place. I love light. I love color. I love creating an environment or an atmosphere. I love capturing a fleeting trait that I see in someone. I love transforming a subject into a character. Sometimes there’s a concept motivating my actions. Most of the time, however, I am making it up as I go.

I love it all.

About the author: Nick Fancher is a Columbus, Ohio-based portrait and commerce photographer. This latest 100 Portraits project can be followed on Instagram at @100_portraits. You can find more of his work and writing on his website and blog.

This Picture Shows 102 Kite Boarders in One Frame