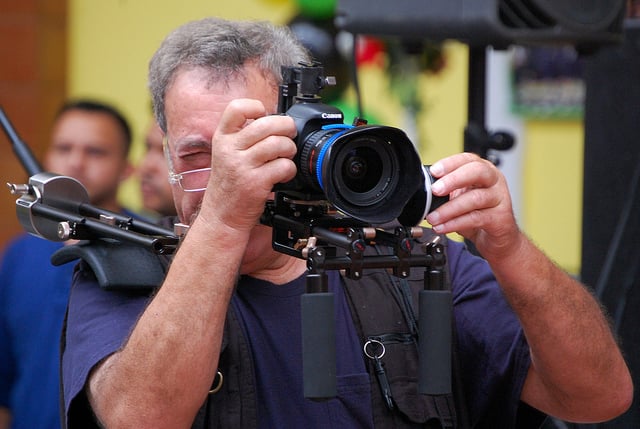 Since the introduction of 1080p video recording in the Canon 5D Mark II in 2008, there has been a strong adoption of DSLRs for pro and amateur video production purposes, and video features have become standard in DSLRs in recent years.

But the growth in DSLR usage for pro video applications may be rather short-lived: a recent report predicts that it will actually plummet over the next few years.


After researching trends in camera sales, Futuresource Consulting found that European shipments of DSLRs for pro video purposes dropped by a whopping 41% in 2014.

Futuresource predicts that DSLRs will occupy a smaller and smaller share of the pro video market until they account for only 4% of sales in 2019. At its peak, DSLRs owned a 31% share. 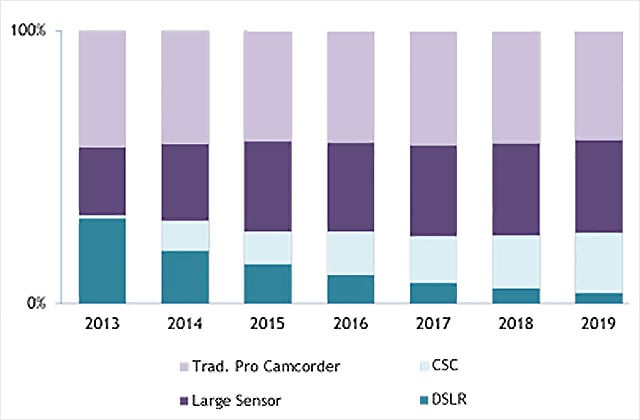 “The industry is currently at a turning point,” the firm writes. Apparently DSLRs are falling out of favor with professional video products, who are instead looking up to pricier high-end digital cinema cameras or looking down to cheaper mirrorless cameras (many of which now offer 4K video).

(via Futuresource Consulting via Cinema5D)

Image credits: Photographs by James Willamor and used with permission