Since late 2014, Japan’s Himawari 8 weather satellite has been in stationary orbit above New Guinea, 22,000 miles out (Earth’s average diameter is 7,918 miles). It shoots one photo of Earth every 10 minutes, capturing 144 pictures of our planet over the course of a day.

When combined, the photos form a gorgeous time-lapse video showing the passing of a day on Earth. In the 20-second video above, the Sun’s reflection can be seen in the daylight that moves across the surface of the globe.

Australia is visible through a gap in the clouds at the bottom of the frame, and above it, Typhoons Chan-hom and Nangka can be seen moving towards Asia earlier this month. 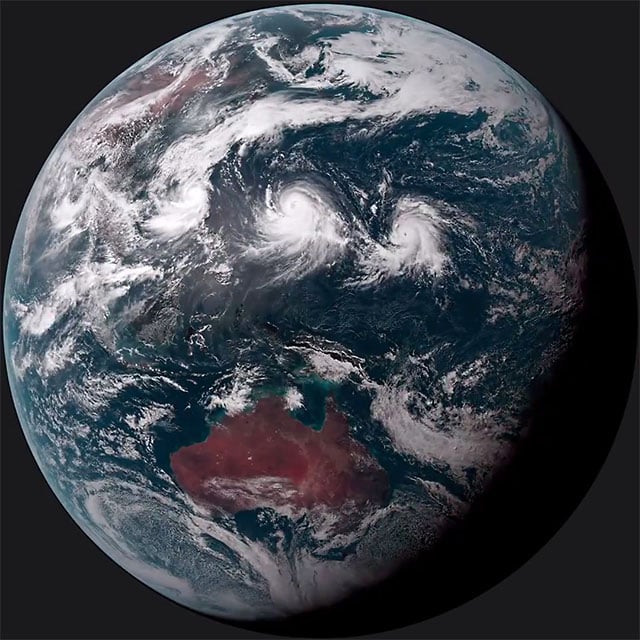 The Himawari 8 website began publishing these day-lapses of Earth on July 7th, 2015. You can also find a page that shows the latest live photos being beamed down from the satellite.

The New York Times reports that NASA is planning to launch a similar satellite in March 2016 to point a camera at weather systems moving toward the United States.

The Last Photo: Reflections on Pictures of Lives That Graced Mine