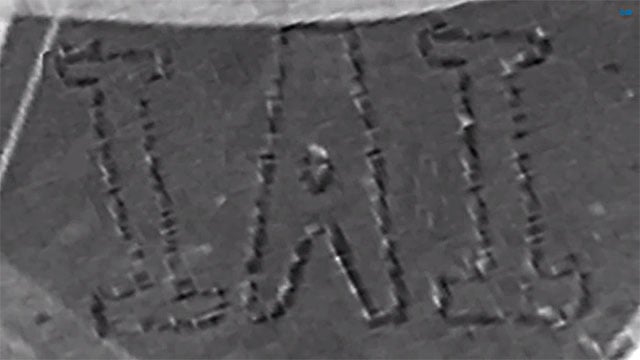 This past week, 300 employees at Israel Aerospace Industries (IAI) posed for an unusual group picture to mark Israeli Space Week. They arranged themselves in the shape of giant letters to spell out “IAI” and posed as a satellite camera snapped the shot (shown above).

The “space selfie” — we’re not sure why it was called a selfie — was captured by the camera on the Earth Resources Observation Satellite (EROS) B satellite, which IAI designed and manufactured.

The group figured out the exact minute at which the satellite would be passing directly overhead at an altitude of about 373 miles above the surface of our planet.

Here’s a brief behind-the-scenes video showing the employees getting into position for the photograph:

Pen, Brush and Camera: A 1998 Documentary on the Life and Work of Henri Cartier-Bresson

Monkey Latch: One-Click Changeovers Between Your Camera and Its Accessories