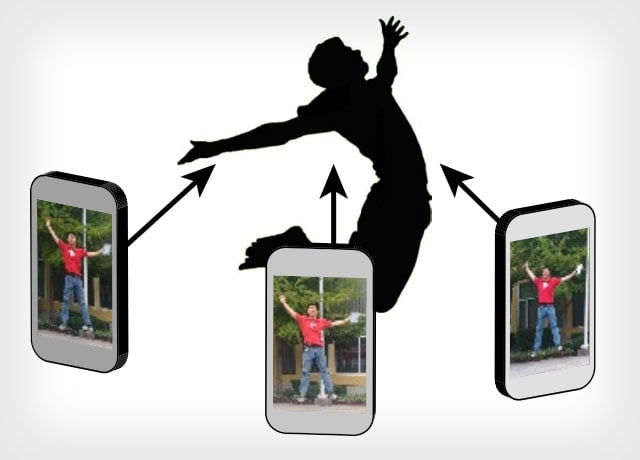 The “bullet time” effect popularized by the 1999 film The Matrix is generally done by arranging a large number of still cameras on a circular track, so most of the rigs out there cost quite a bit of money to put together. A Columbia University researcher named Yan Wang is trying to make bullet-time imaging more accessible. With his CamSwarm technology, all you need is a group of friends who have smartphones or tablets.

Creating bullet time involves capturing the same scene with a large number of cameras from all around a subject. By playing back the still frames in sequence, the viewer is able to travel around the subject while the action is frozen.

Wang’s idea is to use a special smartphone app to turn a group of smartphones into a simple bullet time array. Once the devices are arranged in a circle around a subject, one phone is designated the leader. 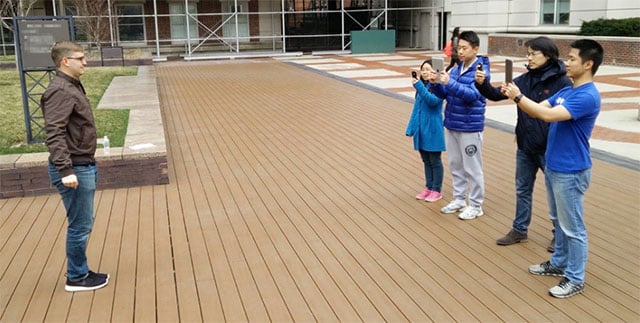 Each person in the camera array sees both their view of the scene and the views of the cameras on either side, allowing the photographers to match things such as spacing, position, and orientation.

Once everything is good to go, the app can synchronize the shutters to freeze action with each camera at the same moment. 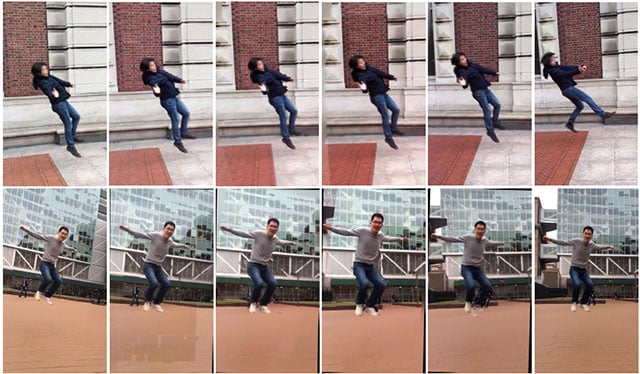 With the CamSwarm system, everything can be set up and completed in under a minute, and you don’t need to buy any special equipment.

Here’s a 2.5-minute demo video showing how CamSwarm works and some bullet-time examples created with it:

(via Yan Wang via MIT)