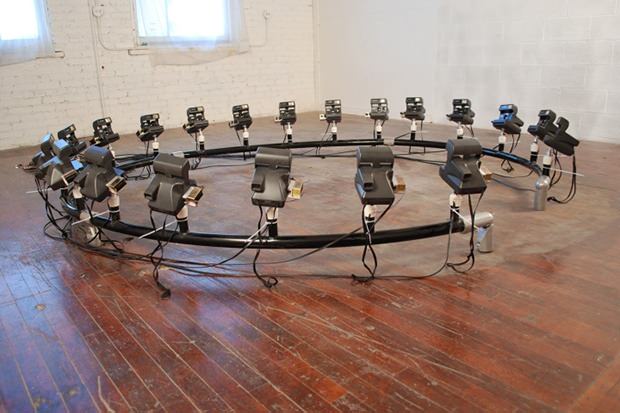 Line up an array of digital cameras and you’ll have yourself a setup that can take Matrix-style bullet-time shots. Artist Sam Blanchard created a similar rig, but went with Polaroid cameras instead of digital ones. The project, titled Polaroid Matrix, consists of 20 Polaroid cameras arranged in a circle and modified to be triggered remotely. After the cameras are triggered to simultaneously capture photos of the subject in the center, the Polaroid pictures are arranged and turned into a Flipbook.

Blanchard recently turned to Kickstarter to raise funds to take Polaroid Matrix to Maker Faire in NYC, and ended up receiving $642 for the instant film needed. Here’s his short Kickstarter video introducing the project:

Engadget also stopped by Blanchard’s exhibit at the fair to see the rig in action:

Is This Nikon’s New Mirrorless Camera?