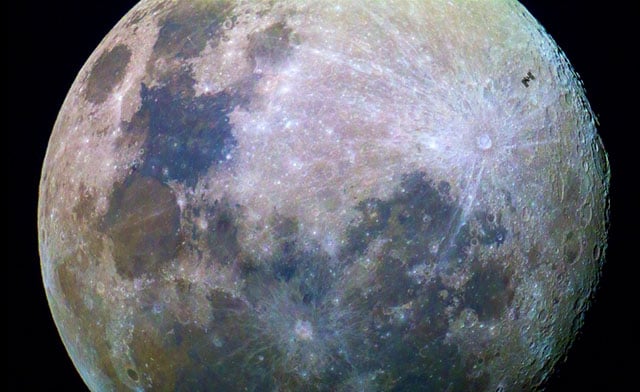 Amateur photographer Dylan O’Donnell recently captured this beautiful photograph of the International Space Station flying across the face of the moon over Australia. The silhouette of the station can be seen in the upper right hand corner.

Capturing this photograph is not an easy thing to do. Earlier this year we shared a video that shows how quickly the ISS flies across the moon from our perspective — a blink and it’s over:

O’Donnell writes that he’s been planning and waiting for this photo opportunity for 12 months, keeping a careful eye on alerts sent by CalSky about potential flyovers.

“If you think that it might be a case of sitting there with your camera and a clock, with one hand on the shutter release, you’d be absolutely correct,” O’Donnell says. “The ISS only passed over the moon for 0.33 seconds as it shoots by quite quickly.”

Since he knew the exact second the ISS would pass, O’Donnell fired off a bust of exposures at that moment with his Canon 70D and Celestron 9.25-inch telescope (the equivalent of a 2300mm f/10 lens in 35mm terms). The shutter speed was 1/1650s and the ISO was 800.

Once the flyby was over, O’Donnell reviewed his photos and was delighted to find that he had captured the shot he was hoping for. Here’s a crop of the photo showing a clearer view of the ISS: 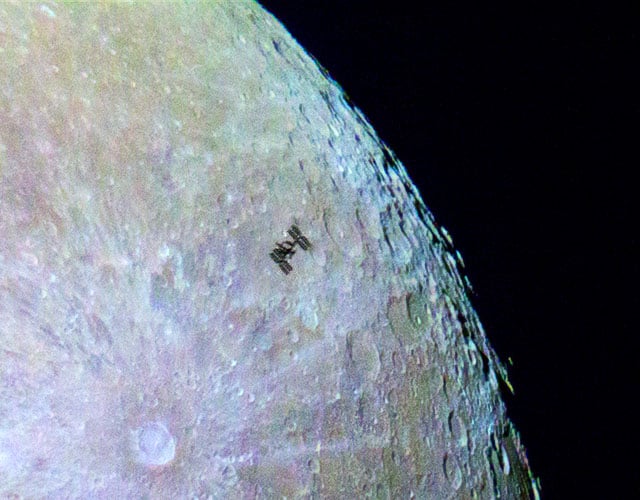 With this closer view, you can actually make out the modules and the solar arrays of the space station!

You can find more of O’Donnell’s photography over on his website, where most of his photos — including this one — are released as public domain imagery. You can also download a full-res version of this shot here.

Image credits: Photographs by Dylan O’Donnell and used with permission

ANKR: Peace of Mind About Your Camera Bag for $25