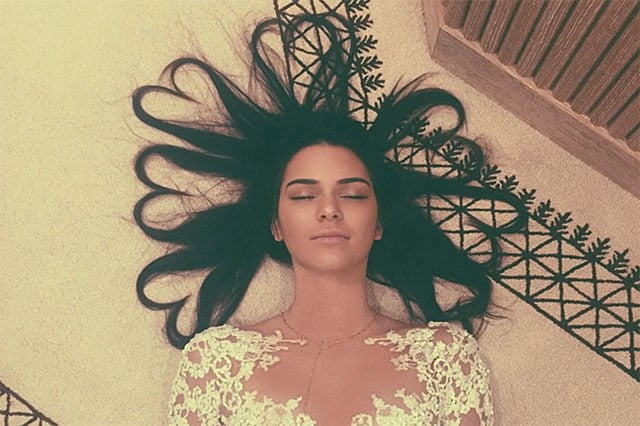 If you thought you were Instagram popular, then you may want to check out Kendall Jenner’s ‘heart hair’ photograph, which has picked up 2.6 million likes in only five weeks. Jenner’s photo now sets the record for the most-liked Instagram photo ever posted. The previous holder of the title was Jenner’s half-sister, Kim Kardashian.

Previously, Kardashian held the record for most-liked Instagram post: a photograph of herself and her husband, Kanye West, sealing their recent marriage with a romantic kiss. Kardashian’s photo came in at 2.4 million likes, meaning that as of this moment, Jenner has already bested her sister by 200,000 likes.

The nineteen-year-old model celebrated on Twitter by retweeting news of the record and declaring her victory over Kim Kardashian.

take that KimYe! RT @JennerNews: Kendall has outshined KimYe by having the most liked Instagram photo! Congrats ❤️ pic.twitter.com/DmdXEFbudT

Wedding Photographer Slips, Snaps Shot on the Way Down

Man Wins Lawsuit Against Neighbor Who Shot Down Drone with Shotgun