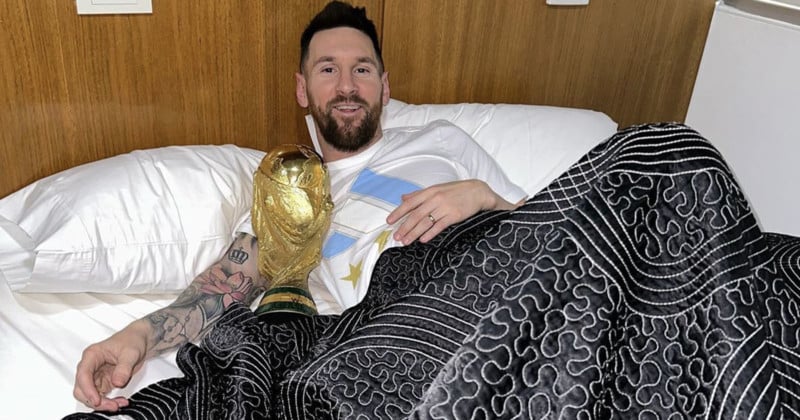 On Tuesday, Guinness World Records confirmed that Messi’s photo had broken the record for the most-liked Instagram post of all time, with 63 million likes and counting.

On Monday, Messi shared a series of photographs showing him holding the Jules Rimet trophy this weekend.

In the images, the soccer superstar is pictured celebrating Argentina’s World Cup win after defeating France in a penalty shootout following a thrilling 3-3 draw.

Within a day of uploading the photos, Messi’s posts had already beaten the previous record holder, an account called @world_record_egg.

The photograph of a single egg posted by @world_record_egg has received 57 million likes, after a 2019 campaign to make it the most-liked post on the platform went viral.

The online campaign started in an attempt to topple the then-record holder, Kylie Jenner.

Jenner previously took the record for her 2018 photo announcing her baby Stormi, which has since collected 18 million likes.

The Power of The World Cup

According to Forbes, Messi has gained 25.8 million Instagram followers in the past 30 days since the World Cup tournament kicked off, representing a 200 percent jump over the previous month.

Messi has 403 million Instagram followers and has now beaten Kylie Jenner to become the second most-followed user on the platform.

However, Messi’s long-term soccer rival Cristiano Ronaldo continues to be the most-followed user on Instagram with 519 million followers.

Last month, Annie Leibovitz’s photograph of Ronaldo and Messi playing chess on top of a Louis Vuitton bag also broke records to become the second-most-liked Instagram post ever at the time.

Leibovitz’s image was posted on both Ronaldo and Messi’s Instagram profiles on November 19 where it has so far received a total of 74.6 million likes.

It was the first time that the two soccer rivals, who are often compared to each other, had worked together on the same project.

However, fans were left disappointed by Leibovitz’s photo when a behind-the-scenes video revealed the soccer duo was not actually in the same room together.

Messi and Ronaldo were asked to pose in their respective positions before being composited together in editing.