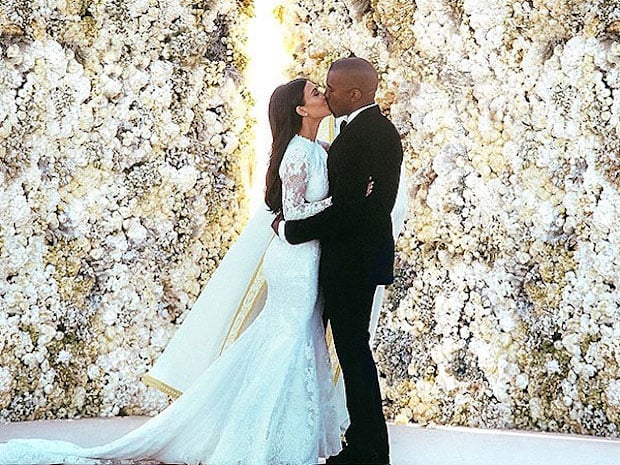 Chances are good many of our readers couldn’t care less about a wedding photo from Kim Kardashian and Kanye West’s wedding, or even what the most popular photo on the photo sharing service Instagram is. But the story behind the photo that claims both of those titles is actually pretty interesting.

The story is interesting because the photographer tagged to be the celebrity couple’s official wedding photographer wasn’t some ultra-famous household name, even though the couple (who have worked with Annie Leibovitz before) no doubt had their pick of the photographic litter.

No, the photographer whose wedding photo of Kim and Kanye is now the most liked photo of all time on the photo sharing website, is a 22-year-old rock photographer who got his start by lying his way into a concert.

Conor McDonnell, pictured above, started his photography career at 14 when he tried to get into a sold-out show for the group The Subways by emailing them and asking for tickets. They didn’t get him tickets, but they did give him a photo pass and told him to pretend to be the band’s photographer instead.

In the intervening 8 years, his CV has grown to include gigs for Bono, Ellie Goulding and, now, the title of “official wedding photographer for Kim Kardashian and Kanye West.” Which brings us to the photos below:

Both uploaded to Kim Kardashian’s 14.8-million-follower Instagram account, they’ve received 1.6m and 1.98m likes, respectively. That makes the first one of the most popular photos on the network, and the second THE most popular photo on Instagram by over 150,000 likes.

And if that isn’t a nice enough ending to the story, it’s worth noting that McDonnell told Echo back in 2010 that his dream job was to work with Kanye West… here’s to dreams coming true.

P.S. In case you’re wondering who the previous record holder for most-liked Instagram photo was, it was none other than the much-maligned (at least by our readership) Justin Bieber, whose photo with ex Selena Gomez currently has almost 1.82 million likes.

Comparing Natural Light and Strobes, Can You Tell the Difference?