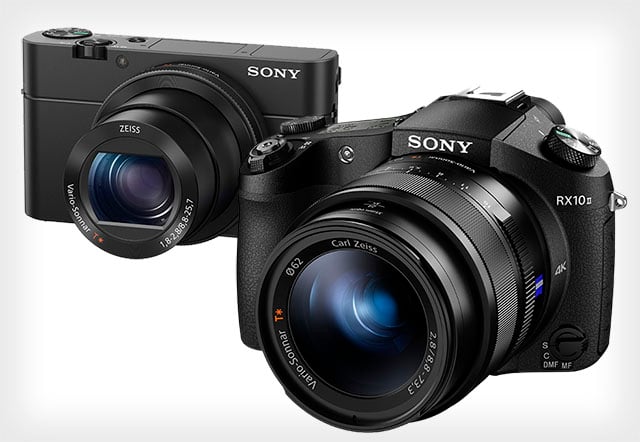 The stacked sensor also allows for a rapid continuous shooting speed of 16fps on the RX100 IV and 14fps on the RX10 II. The high-speed anti-distortion shutter enables sharp photos while shooting wide open and minimizes the rolling shutter effect other cameras are plagued by.

There’s a high-speed autofocus system in both cameras that uses contrast detection to lock onto moving subjects in as little as 0.09 seconds.

For video recording, the cameras can shoot 4K video. The pro-oriented RX 10 II can capture 29 minutes at a time, while the consumer-oriented RX100 IV is limited to about 5 minutes for each clip. Both cameras offer Picture Profile, S-Log2/S-Gamut, and photo capture during 4K recording.